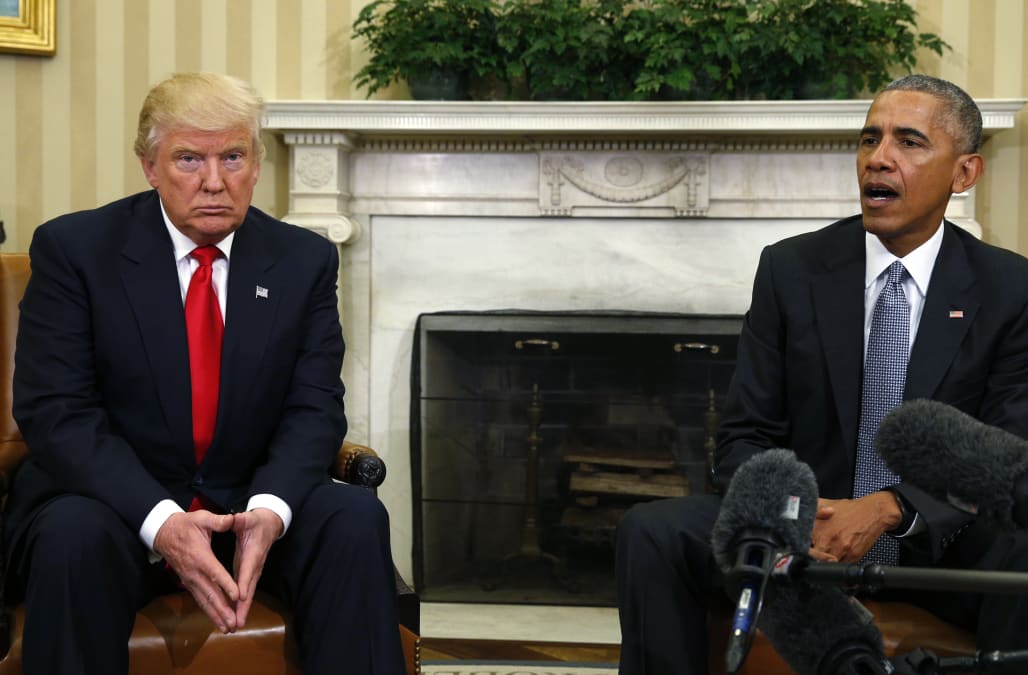 Over the past 12 months, President Trump has been on a mission to try to erase Barack Obama's legacy.

"I've been very active in overturning a number of executive actions by my predecessor," Trump boasted in November before lamenting that he could not go so far as to reverse Obama's pardon of two Thanksgiving turkeys.

By that point in his presidency, however, Trump had already taken aim at what he and many Republicans regarded as executive overreach by the Obama administration, dismantling dozens of actions put in place by the previous White House occupant.

Whether a necessary philosophical corrective or a vindictive obsession, Trump's executive-order counteroffensive carries more than mere symbolic value and represents a dramatic policy shift that will impact the nation and the world for years to come.

Here are the 10 most significant Trump reversals of Obama orders so far: