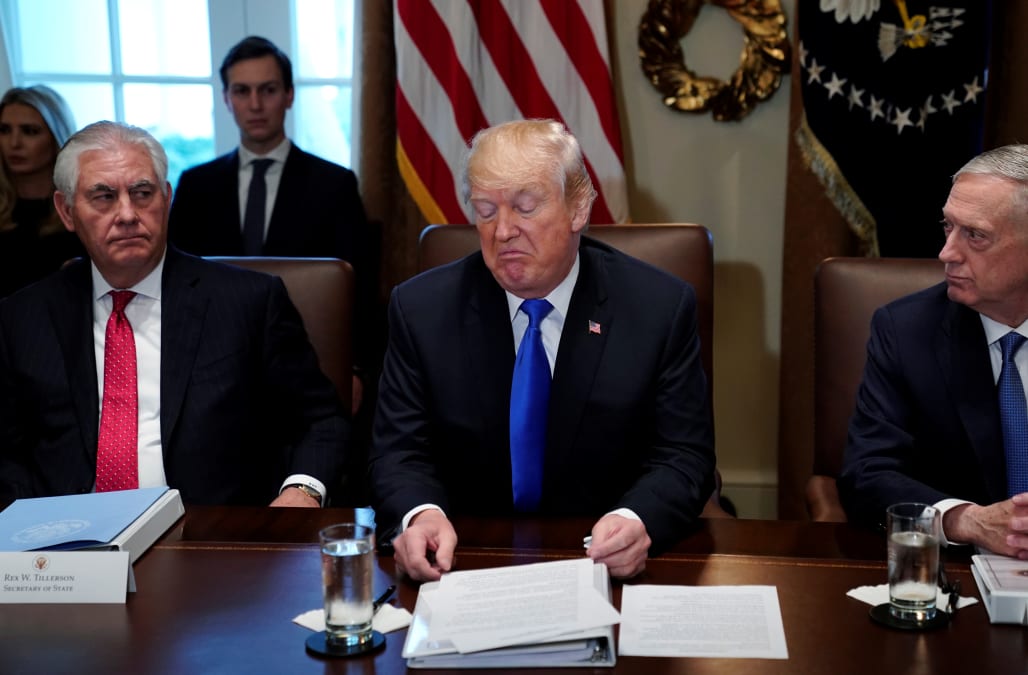 Trump made the comments shortly before the House passed the legislation, which is set to deliver significant tax cuts to corporations and more modest cuts to low- and middle-income Americans. The Senate already passed the bill.

Trump said he told GOP lawmakers not to publicize the repeal of the individual mandate provision, for fear that this might threaten the passage of tax reform.

“I told people specifically, ’Be quiet with the fake news media, because I don’t want them talking too much about it,’” Trump explained. “But now that it’s approved, I can say.”

While the GOP bill would repeal the individual mandate requiring all Americans to have health insurance under the Affordable Care Act, or pay a fee, Obamacare remains the law.

And most Americans support it. A Fox News survey conducted in October found 54 percent favor Obamacare compared to 42 percent that

Meanwhile, an NBC News/Wall Street Journal poll released Tuesday found that nearly two-thirds of Americans believe the GOP tax bill is “designed mostly to help corporations and the wealthy,” despite claims from Republican lawmakers that it will help the middle class. Overall, just 24 percent approve of the tax plan, compared to 41 percent who disapprove.

Nevertheless, Trump’s declaration of victory also comes after the Republican-controlled Congress twice failed to rally enough support to repeal Obamacare and replace it with a health care bill of their own.

Trump thanked Senate Majority Leader Mitch McConnell and House Speaker Paul Ryan by name, saying that GOP lawmakers would be coming to the White House later Wednesday to celebrate the tax bill’s passage. The president noted that no Democrats would be coming, because none supported the Republican-backed legislation.

“They like to complain, but they don’t get it done, unfortunately,” Trump said.