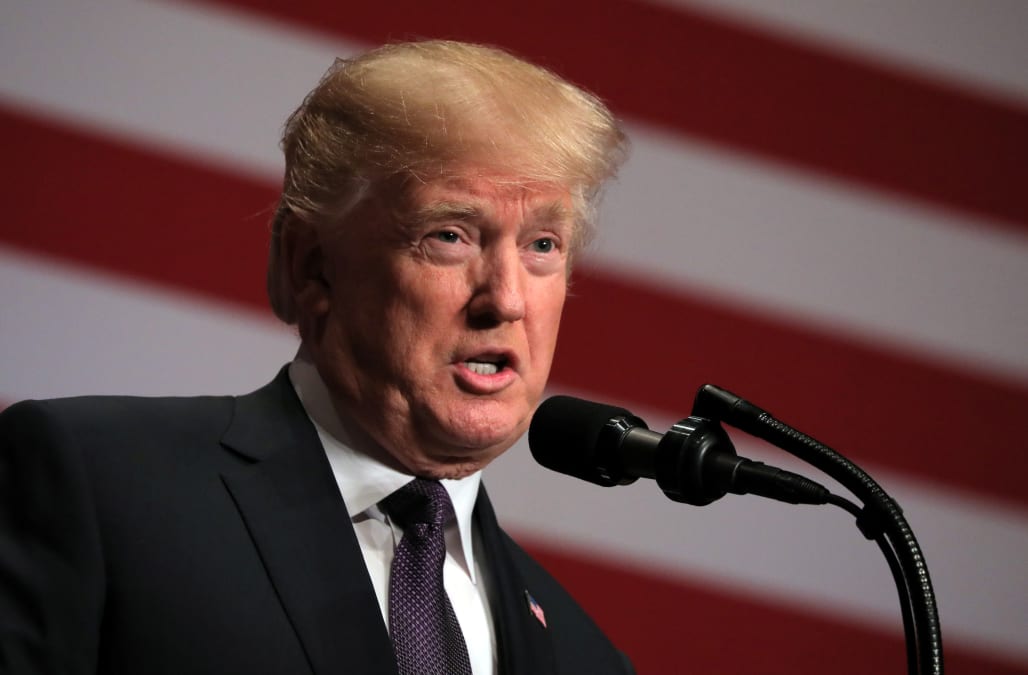 Disney World Theme Park in Orlando, Florida, debuted its animatronic version of President Donald Trump on Monday inside the 'Hall of Presidents' a show-like presentation performed by robotic figures of former U.S. presidents.

The problem is that the Trump-bot barely even resembles the 45th president -- or even a real human being, for that matter.

Contrary to widespread speculation before the figure's debut, Trump has a speaking role in the showcase.

The current president ends the spectacle, following former President Barack Obama, with the line, "Above all, to be American is to be an optimist—to believe that we can always do better, and that the best days of our great nation are still ahead of us."

But while the robot's words might sound lovely, Twitter users were quick to point out that its face leaves a lot to be desired.

"So Disney's Hall of Presidents reopened today after being closed for a year, now with the Trump Robot," wrote one user. "It is nightmare fuel."

So Disney's Hall of Presidents reopened today after being closed for a year, now with the Trump Robot. It is nightmare fuel. pic.twitter.com/t7LZPnKM7H

Some other social media users were quick to point out the bot's closer resemblance to actor Jon Voight than President Trump.

Others were just mad that Disney opted to dress the president in a blue and white striped tie, rather than deck him out in his classic power-red accessory.

Click through to see reactions to the bot on social media:

So, what do you think of the animatronic Trump? Let us know in the comments below.

More from Aol.com:
Omarosa says Donald Trump is "racial" but not a "racist"
People are ripping Trump for a White House statement with a blindingly obvious flaw
Donald Trump Jr., Ted Cruz appear to mock Obama with cookie