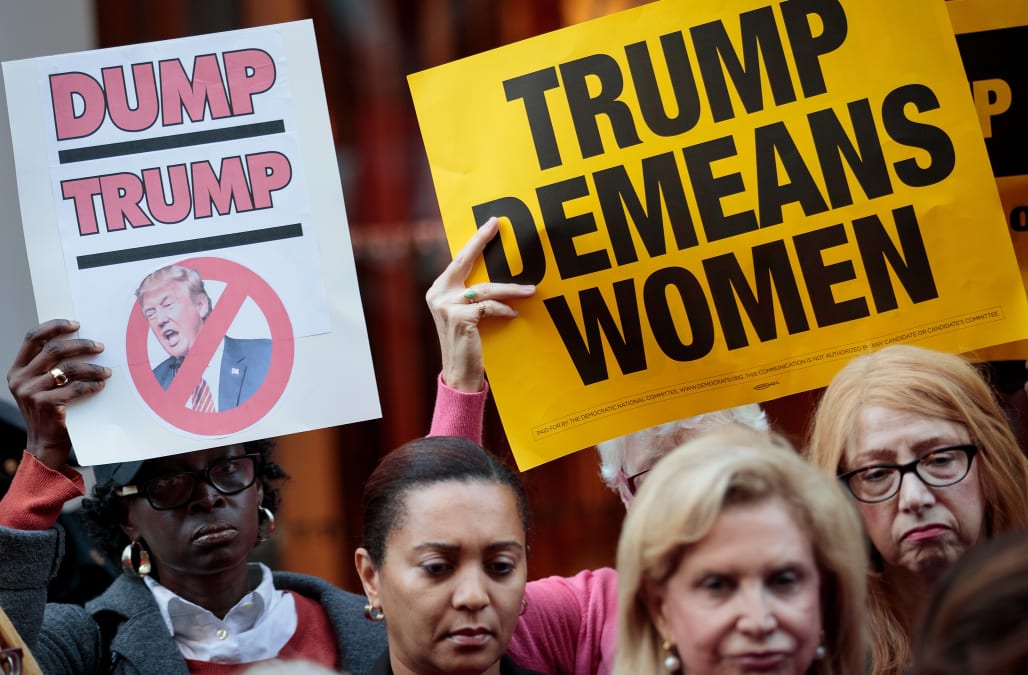 Half of American voters believe President Donald Trump should resign over the multiple sexual misconduct allegations against him, according to a poll published on Tuesday by Quinnipiac University.

Trump has been accused of some form of sexual misconduct, ranging from harassment to assault and rape, by 21 women.

According to the survey, 59 percent of women and 41 percent of men say that Trump should leave office because of the allegations. The findings demonstrated a clear partisan divide on the issue, with 85 percent of Democrats and only 7 percent of Republicans favoring the president’s resignation.

Self-identified independent voters were somewhat split, with 52 percent calling for Trump’s resignation and 44 percent saying he should stay in office.

More than half (66 percent) of voters believe that Trump does not respect women as much as he does men.

The poll surveyed 1,230 American voters through telephone interviews between Dec. 13 and Dec. 18.

Trump has denied all allegations against him, most recently tweeting that the accusations are “fake news.” In October, White House press secretary Sarah Huckabee Sanders suggested that all of Trump’s accusers were lying.

Multiple members of Congress, including Sens. Cory Booker (N.J.) and Kirsten Gillibrand (N.Y.), have called on the president to resign over the allegations. More than 100 Democrats in the U.S. House recently signed a letter urging Congress to open an investigation into the accusations.

Four of Trump’s accusers recently held a press conference to call on Congress to investigate their claims.

“People are being held accountable for unwanted behavior, but we are not holding our president accountable for what he is and who he is,” Jessica Leeds, who accused Trump of groping her on a plane over 30 years ago, said in a press conference last week.

The full Quinnipiac poll can be read here.