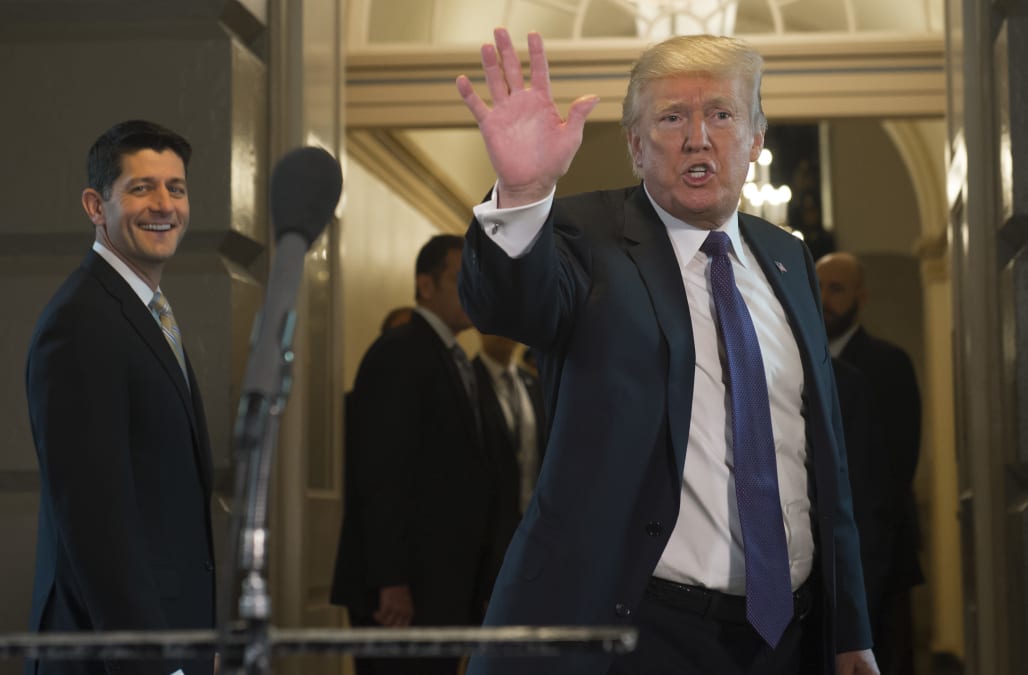 Republicans are on the verge of passing the most significant overhaul to the federal tax code in a generation, but it looks set to become law amid lackluster reviews from the American public they say it will benefit.

A final vote on the Tax Cuts and Jobs Act is expected as early as Tuesday. President Donald Trump and Republican leaders have touted the bill as focused on the middle class — but polls show many Americans aren't buying it.

A cascade of recent polling displays the tax bill as unpopular among Americans. Most people in the surveys say they don't believe the TCJA will be beneficial to their personal situation or the US more broadly.

A poll released by Monmouth University on Monday showed that just 26% of Americans approve of the tax bill, while 47% disapprove. A CNN survey released Tuesday found that 33% support the proposal and 55% oppose it.

The legislation is also not playing well in some of the country's political swing areas. According to the Monmouth poll, in counties where Trump or Hillary Clinton won by less than 10 percentage points, only 30% of people approve of the bill, while 38% disapprove.

As a whole, the data journalism site FiveThirtyEight found that the average approval rating for the bill in polls conducted in December was 33%. Meanwhile, 52% disapproved of the legislation — good for a net negative-19 approval rating.

It's less popular than some tax increases

According to FiveThirtyEight, the dismal approval rating makes the TCJA the least popular tax bill in at least 30 years. The bill is even more unpopular than two 1990s-era bills that increased some taxes.

Despite the dismal reviews, Republican leaders have remained upbeat about the political fallout.

"When you have a sling-fest, a mud-fest on TV, when pundits are slamming each other about this tax bill before it's even passed, that's what's going to happen," House Speaker Paul Ryan said at a press conference Tuesday.

He added: "But, when we get this done, when people see their withholding improving, when they see the jobs occurring, when they see bigger paychecks, a fair tax system, a simpler tax code, that's what going to produce the results. Results are going to make this popular."

Republicans point to the fact that most Americans believe that the bill will increase their taxes — for example, 50% of people in the Monmouth poll said they expected higher taxes. In reality, most analyses show that for a large majority of Americans, their tax burden will decrease, at least in the near-term.

Whether or not Americans take notice is another question. As FiveThirtyEight pointed out, the number of people that thought that tax cuts passed under Ronald Reagan and George W. Bush helped the rich actually increased after they were passed.

NOW WATCH: How the net neutrality repeal will hurt small businesses — including anyone who sells things on sites like Etsy