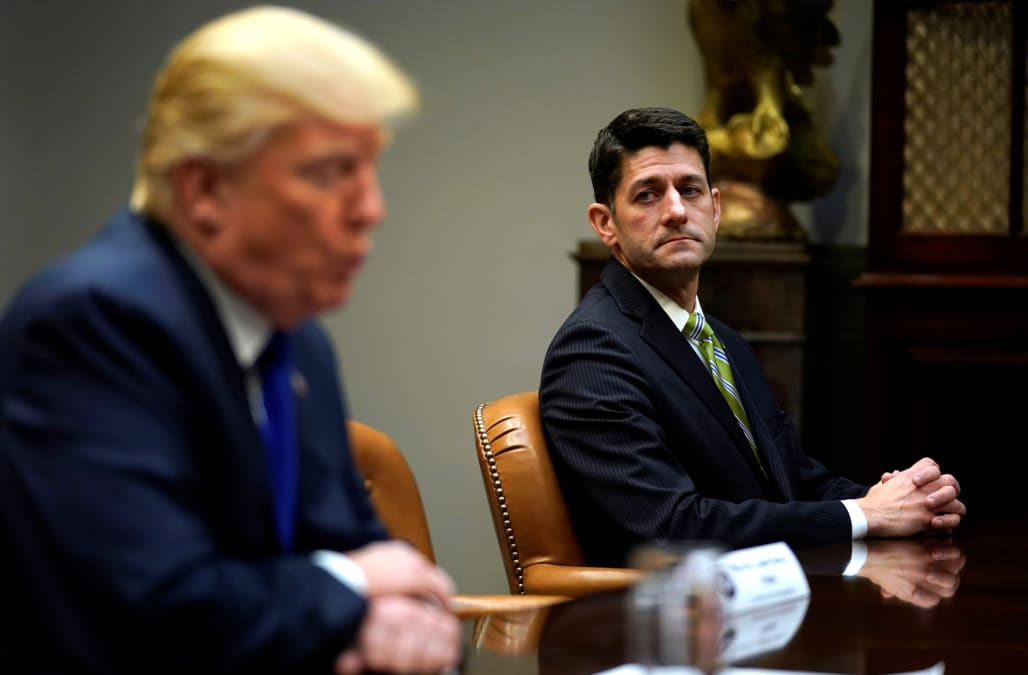 If you formed your impression of the tax bill when it was first introduced in the House in November, you should know it's changed a lot on its way to becoming the likely final version that Congress is expected to vote on this week.

In my view, most of the changes have been positive.

Republicans responded to criticism that early versions of the plan would raise taxes on many middle-income families. To address that, they changed the bill to partially preserve the deductions for property taxes and state income taxes (capped at $10,000) and to offer larger tax credits for children and non-child dependents. They also tinkered with the tax brackets.

As a result of all these changes, the fraction of taxpayers facing a tax increase in the tax bill's first year will fall to somewhere under 7%; when the Republican tax "framework" was first released in October, the Tax Policy Center estimated this figure would be over 12%.

Seven percent was the Tax Policy Center's estimate of what share of taxpayers would face a tax increase in 2019 under the version that passed the Senate last month. Changes in the latest version (the Rubio provision and the change to rules on deducting state income taxes) should push the figure even a little lower — and will push the effectiveness of nearly all the tax changes to 2018.

The middle-income tax-cut provisions have also been better protected against erosion, at least until they expire. The TPC analysis of the October framework found 25% of households would face a tax increase after a decade, even if all the tax-cut provisions were kept in effect.

That's down to about 10% — though a significant problem with this bill is that some of the provisions may expire, and if they don't, the bill will add even more to the budget deficit than the official estimates say (more on that below).

You should also know that many of the provisions that had people most worried have been stripped out of the bill.

If you were concerned that the Republican plan would end the adoption tax credit, tax graduate students' waived tuition, repeal deductibility of student-loan interest, let churches engage in political activity, abolish the deduction for teachers' out-of-pocket spending on school supplies, repeal the medical-expense deduction, fully repeal the estate tax, or let people create education savings accounts for fetuses, you don't have to worry — none of those provisions are in the final version of the bill.

The bill still has big problems, and some of the problems have gotten worse

There is a major "but." One main way Republicans will pay for all these revisions to soften the blow of tax reform is by repealing Obamacare's individual mandate to carry health insurance.

The mandate is unpopular, and Republicans frame this change by saying they will no longer force people to buy a product they don't want. But what people really want is insurance that's a good enough deal they'd be willing to buy it. Instead, this change will lead to more people going uninsured, and the likely exit of healthy people from health-insurance pools will push up premiums for people who still buy in.

Another way they have paid for these changes is by setting the expiration of individual income-tax cuts even earlier than the 10 years they are allowed to grow deficits under Senate budget rules. Running the tax cuts for fewer years reduces the official cost of the bill.

Republicans insist those tax cuts will be extended later, and I think that's probably a true prediction for most of the provisions — but that also means the bill will add even more to the federal debt than the $1 trillion-plus estimated by the Joint Committee on Taxation.

Moving the expirations earlier has only made the expiration gimmick more naked and increased the unstated deficit-increasing effects of the bill.

If you dislike the bill, you should dislike it for the right reasons

Overall, this is still not a good bill, for several reasons.

Its benefits accrue disproportionately to the highest earners (though not as disproportionately as under the initial House version), it grows federal budget deficits for no good reason, and the deficits the bill creates are likely to be used as a pretext to argue for entitlement cuts.

Provisions related to so-called pass-through companies will be ripe for abuse — they are a giveaway to rich people with little likely positive economic effect. Fortunately, this is one of the temporary provisions I think is actually likely to expire, once its true effects are seen; a similar tax break was repealed in Kansas several years after implementation.

The tax cuts for middle-income families are eroded over time through gimmicks related to inflation, and they are also at risk of expiration if unforeseen political or economic events arise.

But there are also upsides.

Though Republicans overstate the positive economic effects from business tax cuts, even forecasting models from groups like the Tax Policy Center (which is a joint project of two center-left think tanks) find the bill would modestly boost the economy, in part because lower corporate tax rates will encourage business investment.

The bill will make taxes simpler for many individual income taxpayers by greatly reducing the number who itemize deductions. Many of the tax deductions eliminated or reduced by the bill distorted economic behavior for no good reason — we should not miss them. (Unfortunately, while the individual tax changes are a true simplification, the bill makes taxes on businesses even more complex in various ways.)

This bill is probably not going to raise your taxes anytime soon — in fact, if you pay income taxes, it most likely cuts them initially.

And though it will add unnecessarily to the federal debt, the most likely change (adding 5 or 7 percentage points to debt as a share of gross domestic product a decade from now) should not much change the ability of the US government to respond to an economic crisis or support an entitlement state.

When I interviewed Paul Krugman for "The Bottom Line" this week, he said he'd love, politically, to say the bill would be an economic disaster. But he thinks it will probably have few major macroeconomic effects, in either direction.

So, at least there's that.

NOW WATCH: Why Korean parents are having their kids get plastic surgery before college