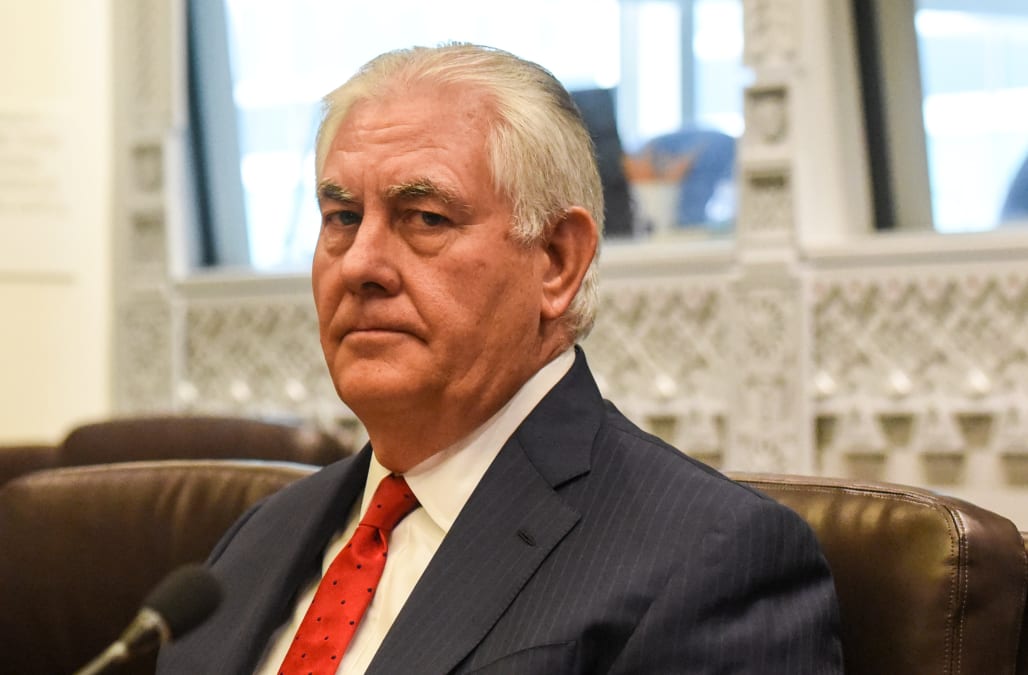 Despite public denials of any rift between President Trump and Secretary of State Rex Tillerson, reports continue to reveal tensions between the two men.

The Washington Post reported Thursday that according to White House officials, “much of the distance between them seems personal and probably irreversible.”

"A senior U.S. official said foreign diplomats and leaders often ask if Tillerson is speaking for the administration and when he will depart. Another White House aide said White House officials, diplomats and other Cabinet secretaries largely deem the former ExxonMobil chief executive 'irrelevant,'" the Post further notes.

Another Trump official is quoted as saying, "I think our allies know at this point he’s not really speaking for the administration."

In the latest instance of divergent positions, Tillerson had recently suggested during a speaking engagement that the U.S. is open to talking to North Korea without preconditions. The White House promptly issued a contrasting statement. A National Security Council spokesman told Reuters "clearly right now is not the time" to have a dialogue with North Korea.

Back in November, Trump cast doubt on Tillerson’s future. In an interview on Fox News’ ‘The Ingraham Angle,’ he responded "we will see" to a question about whether Tillerson will remain in his post for the duration of the term.

Trump also gave a lukewarm assessment of the secretary’s job performance, commenting, “Rex is in there working hard. He’s doing his best, he’s doing the best he can.”

The apparent tension between Trump and Tillerson is not new. In early October, the president seemingly criticized the secretary’s attempts to take a diplomatic route towards resolving the conflicts between the U.S. and North Korea.

"I told Rex Tillerson, our wonderful secretary of state, that he is wasting his time trying to negotiate with Little Rocket Man," Trump wrote in a tweet.

Days later, NBC News reported that Tillerson had called the president a "moron" following a summer meeting at the Pentagon. Tillerson addressed that report by offering glowing comments about the president but did not deny the claim, notes CNN.