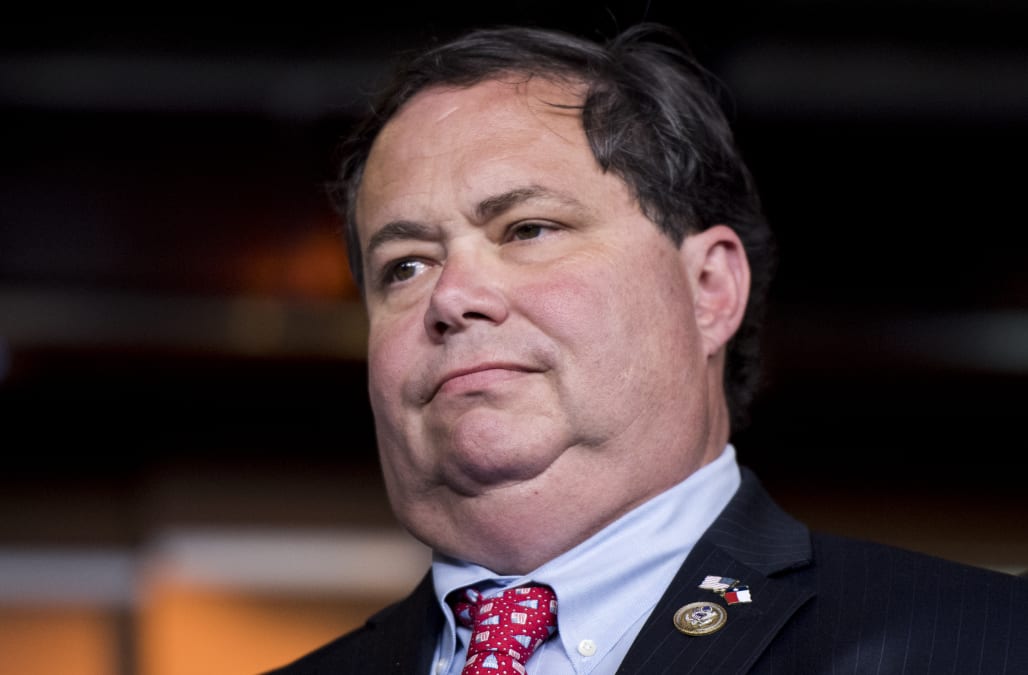 AUSTIN, Texas/WASHINGTON (Reuters) - U.S. Republican Representative Blake Farenthold said he would not seek re-election in November, denying allegations of sexual harassment by former staffers but admitting he allowed an unprofessional culture to flourish in his Capitol Hill office.

The 55-year-old congressman from Corpus Christi, Texas, made the announcement on Thursday, a week after the House Ethics Committee said it was investigating him over allegations of sexual harassment, discrimination and retaliation involving a former female staff member.

The committee said it was also looking into whether Farenthold had made inappropriate statements to other members of his staff.

In a videotaped statement on his campaign's Facebook page, Farenthold said he was a political novice unprepared for his new responsibilities when he came to Washington for his first term in 2011.

"I had no idea how to run a congressional office, and as a result, I allowed a workplace culture to take root in my office that was too permissive and decidedly unprofessional," he said.

Politico reported last week that the congressional Office of Compliance had paid $84,000 from a public fund on behalf of Farenthold for a sexual harassment claim. In 2014, his former communications director, Lauren Greene, filed a lawsuit accusing him of creating a hostile work environment, gender discrimination and retaliation, court documents showed.

The two reached a confidential mediated agreement in 2015, according to a statement from Farenthold's office that denied any wrongdoing by him.

Reuters has been unable to verify the allegations against Farenthold, who said on Thursday that the charges were false.

"This issue has become a political distraction," he said. "Quite simply, my constituents deserve better."

"I think he's made the right decision to retire," Ryan said.

Congress is reviewing its workplace policies on sexual harassment after a number of lawmakers have been accused of sexual misconduct in recent weeks amid a wave of such allegations against powerful men in entertainment, politics and the media.

(Reporting by Jon Herskovitz in Austin, Texas and Doina Chiaacu in Washington; Editing by Alden Bentley and Lisa Von Ahn)

More from Aol.com:
Democratic congresswoman suggests female colleagues invite harassment because of the way they dress
Democrats are setting themselves up perfectly to pummel Republicans on sexual harassment in 2018
US House ethics panel probing Rep. Farenthold over harassment allegations