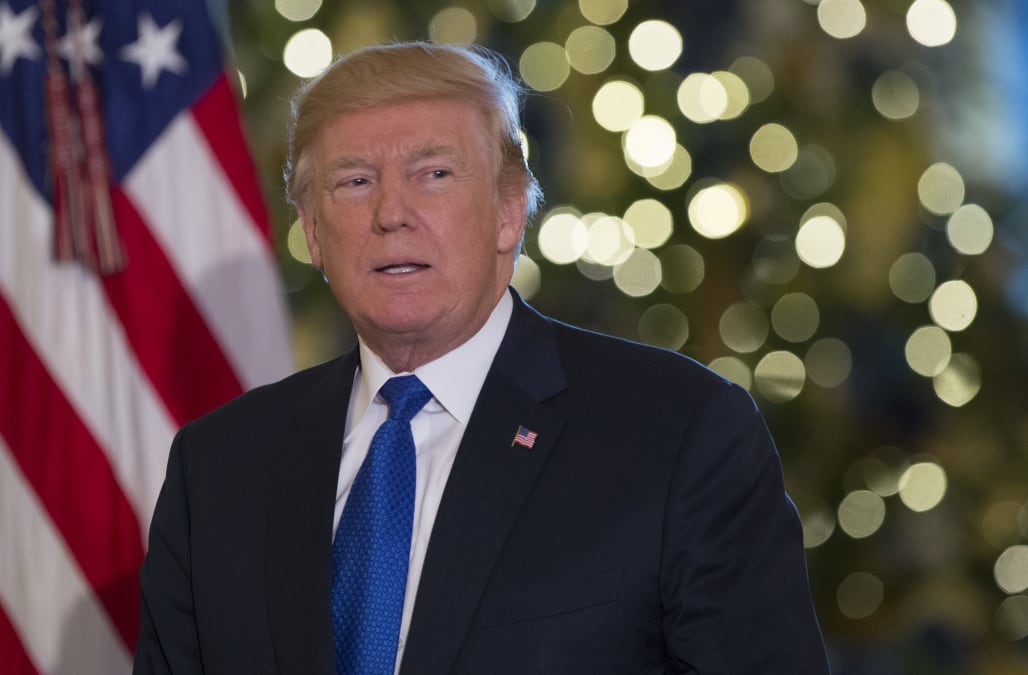 WASHINGTON (Reuters) - No negotiations can be held with North Korea until it improves its behavior, a White House official said on Wednesday, raising questions about U.S. Secretary of State Rex Tillerson's offer to begin talks with Pyongyang anytime and without pre-conditions.

Tillerson said on Tuesday the United States was “ready to talk anytime North Korea would like to talk," appearing to back away from a key U.S. demand that Pyongyang must first accept that any negotiations would have to be about giving up its nuclear arsenal.

The White House has declined to say whether President Donald Trump, who has taken a tougher rhetorical line against North Korea than Tillerson, gave approval for the overture.

A day after Tillerson's appearance before Washington's Atlantic Council think tank, the White House official, who declined to be named, laid out a different formula for any diplomatic engagement with North Korea.

RELATED: Countdown to a standoff --  A timeline of tension with North Korea

"The administration is united in insisting that any negotiations with North Korea must wait until the regime fundamentally improves its behavior," the official said. "As the secretary of state himself has said, this must include, but is not limited to, no further nuclear or missile tests."

In his speech, however, Tillerson did not explicitly set a testing freeze as a requirement before talks can begin. He said it would be “tough to talk” if Pyongyang decided to test another device in the middle of discussions and that “a period of quiet” would be needed for productive discussions.

This comes amid heightened tensions between Washington and Pyongyang over North Korea's weapons advances and recent exchanges of bellicose rhetoric that have fueled fears in Asia over the risk of military conflict.

Tillerson's relationship with Trump has been strained by differences over North Korea and other issues, and he has seen his influence diminished within the administration. Senior administration officials said late last month that Trump was considering a plan to oust Tillerson, though the secretary of state has dismissed that.

Tillerson said in his speech that Trump "has encouraged our diplomatic efforts." Trump, however, tweeted in October that Tillerson was "wasting his time" trying to negotiate with North Korea.

North Korea has made clear it has little interest in negotiations with the United States until it has developed the ability to hit the U.S. mainland with a nuclear-tipped missile, something most experts say it has still not proved.

"As we've stated repeatedly, we are open to the possibility of dialogue with North Korea with the aim of denuclearizing the Korean peninsula," the White House official said. "But North Korea must first refrain from any further provocations and needs to take sincere and meaningful actions toward denuclearization."

Despite that, a U.S. official, speaking on condition of anonymity, said Tillerson’s remarks followed speculation North Korea might be willing to talk having announced it had completed a major milestone with last month’s missile test and suggested he was trying to take advantage of a potential opening.

Some analysts say that the winter months, which have tended to see a lull in North Korean missile testing, as well as the Olympic Winter Games and Paralympic Winter Games that South Korea will host in February and March, could create a brief window for talks.