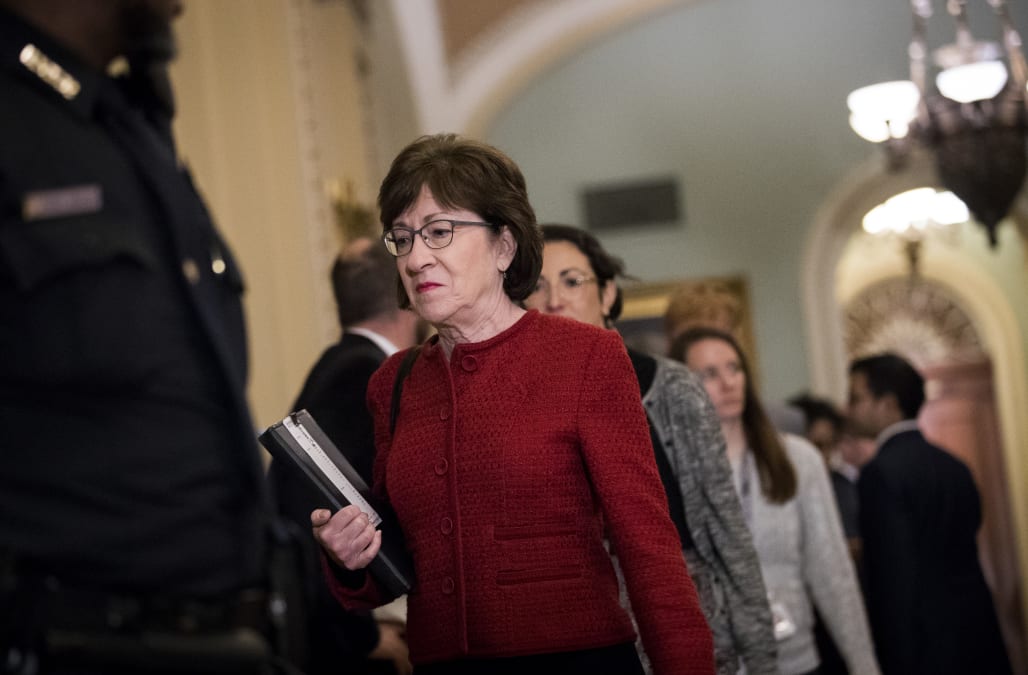 WASHINGTON, Dec 10 (Reuters) - Republican U.S. Senator Susan Collins, whose support was crucial in passing the Senate tax reform bill earlier this month, said on Sunday she has not yet decided whether she will back the final measure negotiated by House and Senate leaders.

The moderate Republican from Maine has laid out conditions for her support of a final "conference committee" version of the tax proposal. They include assurances that federal Medicare payments will not be cut and that Republicans will support two separate health care bills aimed at reducing premium costs.

Republican Senate leaders worked hard to get Collins' support for the legislation, the largest change to U.S. tax laws since the 1980s that would slash the corporate tax rate.

The bill would lower the rate to as low as 20 percent, which Republican leaders say would encourage U.S. companies to invest more and boost economic growth. Democrats say the proposed cuts are a giveaway to businesses and the rich, financed with billions of dollars in taxpayer debt.

Collins' vote was important since the Senate approved the bill by 51-49 vote after an 11th-hour scramble. With Republican Senator Bob Corker voting against the bill, there is little margin for losing support.

"I'm going to look at what comes out of the conference committee meeting to reconcile the differences between the Senate and House bill. So I won't make a final decision until I see what that package is," she said on the CBS "Face the Nation" program on Sunday.

If Collins and Corker vote against the final tax bill, leading to a 50-50 tie, Republican Vice President Mike Pence would cast the winning vote. But if more than two Republican senators vote no, it would fail.

The House–Senate conference will hold an open meeting on Wednesday afternoon as it starts to reconcile differences.

But last week The Hill newspaper reported that House Speaker Paul Ryan told his staff that he wasn’t part of the deal that Collins brokered with Senate leaders.

Collins said she is "absolutely confident" of the leaders' support and both McConnell and Ryan have put in writing that they will not allow a 4 percent cut in Medicare payments to take effect.

"I have read in correspondence that memorializes the agreement that the 4 percent cut in Medicare that could go into effect will not go into effect," she said.

She added that she has the support of President Donald Trump, with whom she has discussed the issue three times.

"I have no reason to believe that that commitment will not be kept," she said.