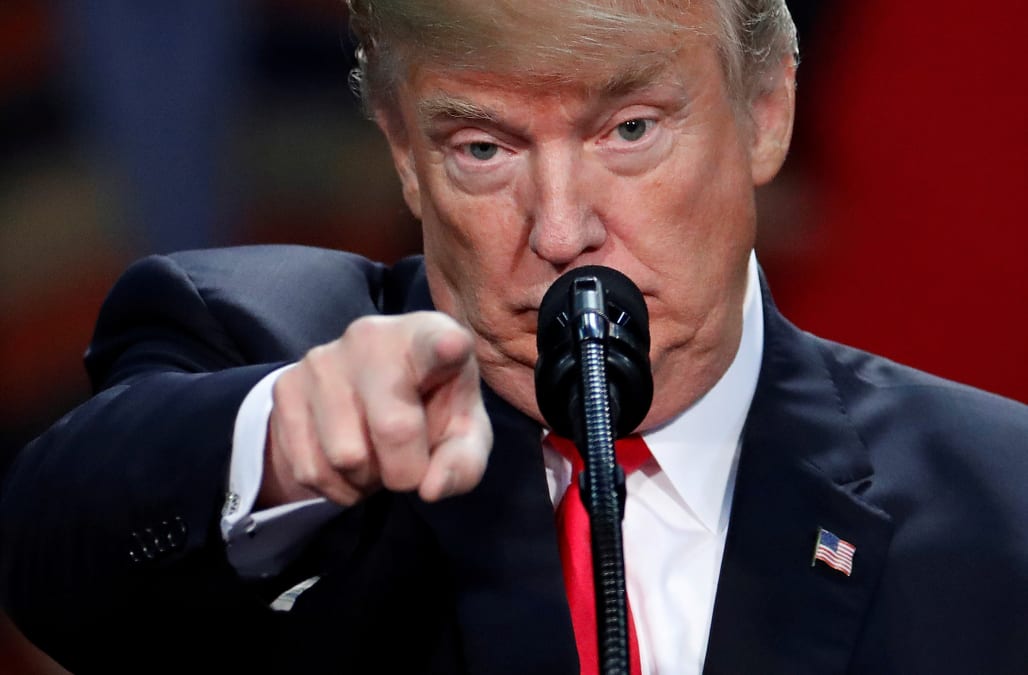 President Donald Trump singled out a Washington Post reporter for repeated criticism Saturday evening, suggesting he be fired even after the reporter apologized for tweeting a misleading photo he had already deleted.

The reporter, Dave Weigel, had posted a photo of a near-empty stadium with the caption "Packed to the rafters," inaccurately suggesting it was taken during Trump's Florida rally on Friday. In fact, the photo was taken before the rally began.

"@DaveWeigel @WashingtonPost put out a phony photo of an empty arena hours before I arrived @ the venue, w/ thousands of people outside, on their way in," Trump tweeted. "Real photos now shown as a I spoke. Packed house, many people unable to get in. Demand apology & retraction from FAKE NEWS WaPo!"

Weigel apologized to Trump within minutes and noted he had already deleted the inaccurate tweet.

"Sure thing: I apologize. I deleted the photo after @dmartosko told me I'd gotten it wrong. Was confused by the image of you walking in the bottom right corner," Weigel tweeted.

But Trump continued to target Weigel even after the apology, accusing him of being deliberately misleading.

".@daveweigel of the Washington Post just admitted that his picture was a FAKE (fraud?) showing an almost empty arena last night for my speech in Pensacola when, in fact, he knew the arena was packed (as shown also on T.V.). FAKE NEWS, he should be fired," Trump tweeted.

NOW WATCH: A North Korean defector tells us what life was like under a dictatorship