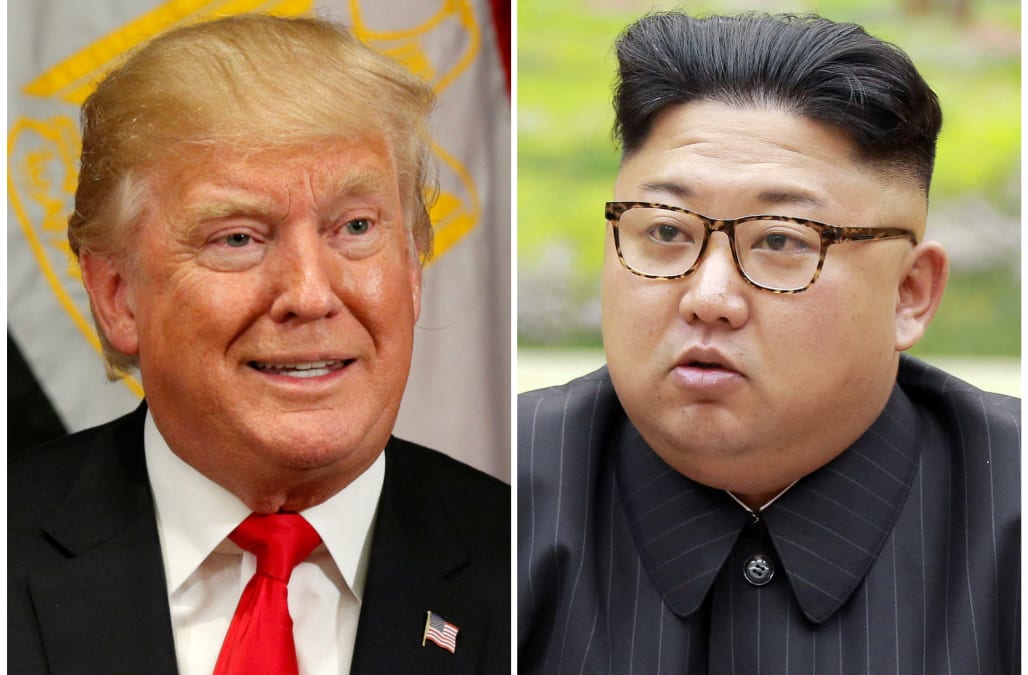 OSLO (Reuters) - A survivor of the Hiroshima atomic bombing and the leader of the group that won this year's Nobel Peace Prize on Saturday urged the United States and North Korea to tone down their rhetoric and negotiate together to avoid a nuclear strike.

Tensions have risen markedly in recent months over North Korea's development, in defiance of repeated rounds of U.N. sanctions, of nuclear-tipped missiles capable of reaching the United States.

A missile test last week prompted a U.S. warning that North Korea's leadership would be "utterly destroyed" if war were to break out. The Pentagon has mounted repeated shows of force after North Korean tests.

The International Campaign to Abolish Nuclear Weapons (ICAN) was awarded this year's Nobel Peace Prize by a Nobel committee that cited the spread of nuclear weapons by countries like North Korea and the growing risk of an atomic war.

RELATED: Countdown to a standoff -- A timeline of tension with North Korea

Setsuko Thurlow, an 85-year-old survivor of the Hiroshima bombing on Aug. 6, 1945, and Beatrice Fihn, ICAN's executive director, will receive the prize together on Sunday at Oslo City Hall in front of King Harald and Queen Sonja.

"No human being should suffer what we suffered," Thurlow, who was 13 at the time of the attack and is now an ICAN campaigner, told reporters on Saturday.

"I deeply and strongly urge the leaders of North Korea and the U.S. never to use nuclear weapons ... Negotiate.

"A diplomatic solution is the only solution."

ICAN's Fihn said that the risk of a nuclear war had increased over the past year.

"There is an urgent threat right now," she told reporters.

"I would very strongly urge the leaders (of North Korea and the U.S.) to back down from their very dangerous rhetoric. Stop threatening to use weapons of mass destruction. Engage in a diplomatic solution."

ICAN is a coalition of grassroots non-governmental groups in more than 100 nations that began in Australia.

It has campaigned for a U.N. Treaty on the Prohibition of Nuclear Weapons, which was adopted by 122 nations in July.

It needs to be ratified by 50 states to come into force. So far only three have done so: the Holy See, Thailand and Guyana.

The treaty is not signed by - and would not apply to - any of the states that already have nuclear arms, which include the U.S., Russia, China, Britain and France, as well as India, Pakistan and North Korea.

Israel is also widely assumed to have nuclear weapons, although it neither confirms nor denies it.

The U.S., Britain and France are sending second-rank diplomats to the award ceremony, which Fihn said was "some kind of protest".