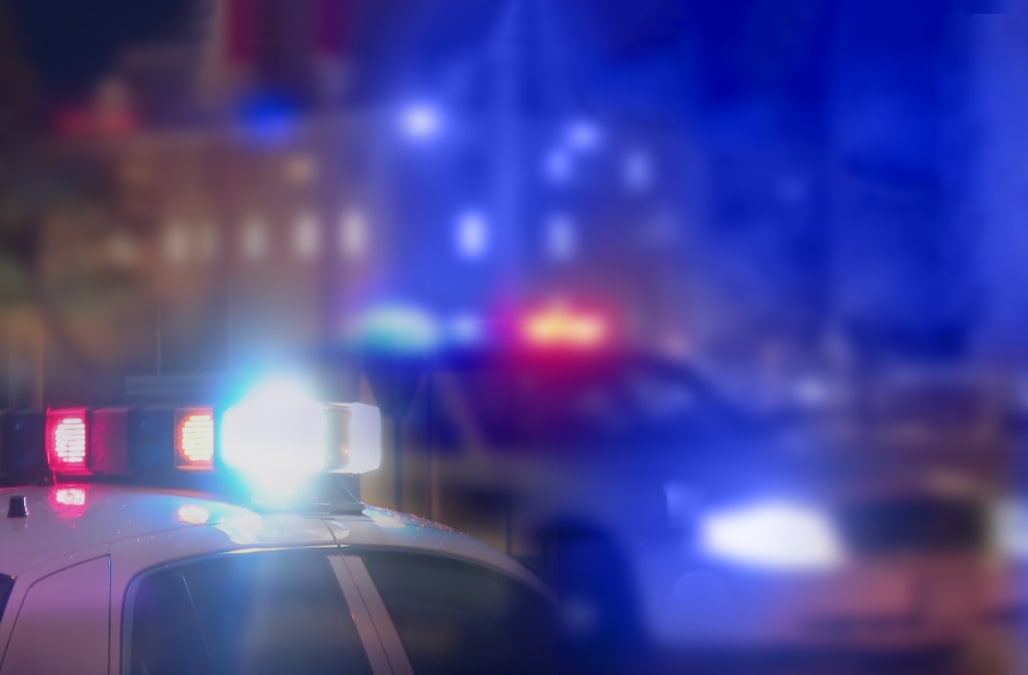 A former priest was convicted Thursday in the brutal murder of a Texas beauty queen who was raped, beaten, and suffocated more than 57 years ago.

A jury found John Bernard Feit, 85, guilty of murdering Irene Garza after more than six hours of deliberations in Hidalgo County on Thursday.

Gaza's family members burst into tears in the courtroom, relieved that justice had been served decades after the 25-year-old teacher and beauty queen was found dead in a canal.

In April 1960, Garza disappeared after she went to confession at the Sacred Heart Church in McAllen, where Feit was a visiting priest.

The 1960 murder of Irene Garza
The body of Irene Garza, 25-year-old school teacher was found in an irrigation canal near the heart of McAllen early today. Discovery of the body ended the four-day search for the missing teacher. (Photo via Getty Images)
1960: The Reverend John B. Feit, 27, a Roman Catholic priest, right, was expected to surrender today to face a charge of assault with intent to rape a 20-year-old Pan American coed. Feit has been questioned about the rape-slaying last April of 25-year-old Irene Garza shown left. (Photo via Getty Images)
Deputy Sheriffs and volunteer workers remove the burlap wrapped body of 25-year-old Irene Garza from an irrigation canal near the heart of McAllen Tex. Discovery of the body ended a four-day search for the attractive school teacher. A local businessman has offered a $1,000 reward for the abductor and killer of the girl. (Photo via Getty Images)
This is the Sacred Heart Catholic Church in Edinburg, where a 27-year-old Catholic priest was charged, August 5th, with the attempted rape of a 20-year-old college coed as she knelt in prayer last March 23rd. Police identified the priest as John B. Feit, and disclosed that the clergyman had also been questioned about the rape-slaying three weeks later of 25-year-old beauty queen Irene Garza. (Photo via Getty Images)
Up Next

Feit, who was 28 at the time, was taken in for questioning after Garza's body was found, but officials avoided prosecuting him for fear of harming the church's reputation, prosecutors told the court.

Most elected officials at the time in Hidalgo County were Catholic, and Sen. John F. Kennedy, a Catholic, was running for president that year.

The case went cold until 2002, when authorities reopened the investigation and interviewed another priest who said he saw scratches on Feit's hands shortly after Garza's disappearance.

Another priest who worked at a Missouri monastery where Feit applied three years later said he confessed to murdering a young woman.

Defense attorney O. Rene Flores argued that prosecutors had insufficient evidence to convict Feit, who was living in Arizona at the time of his arrest last year.

Feit spent time at a treatment center in New Mexico for troubled priests and became a supervisor who helped clear other priests for assignments to parishes.

Among the men Feit helped keep in ministry was child molester James Porter, who assaulted more than 100 victims before he was ultimately defrocked and sent to prison.

Feit left the priesthood in 1972, married and went on to work at the Catholic charity St. Vincent de Paul in Phoenix for a number of years, training and recruiting volunteers and helping oversee the charity's network of food pantries.

He had also been accused of attacking another young woman in a church just weeks before Garza's death. He eventually pleaded no contest and was fined $500.

Feit could be sentenced to up to 99 years or life imprisonment.

Hiker Stumbles Upon Injured Dog And Makes A Tough Decision