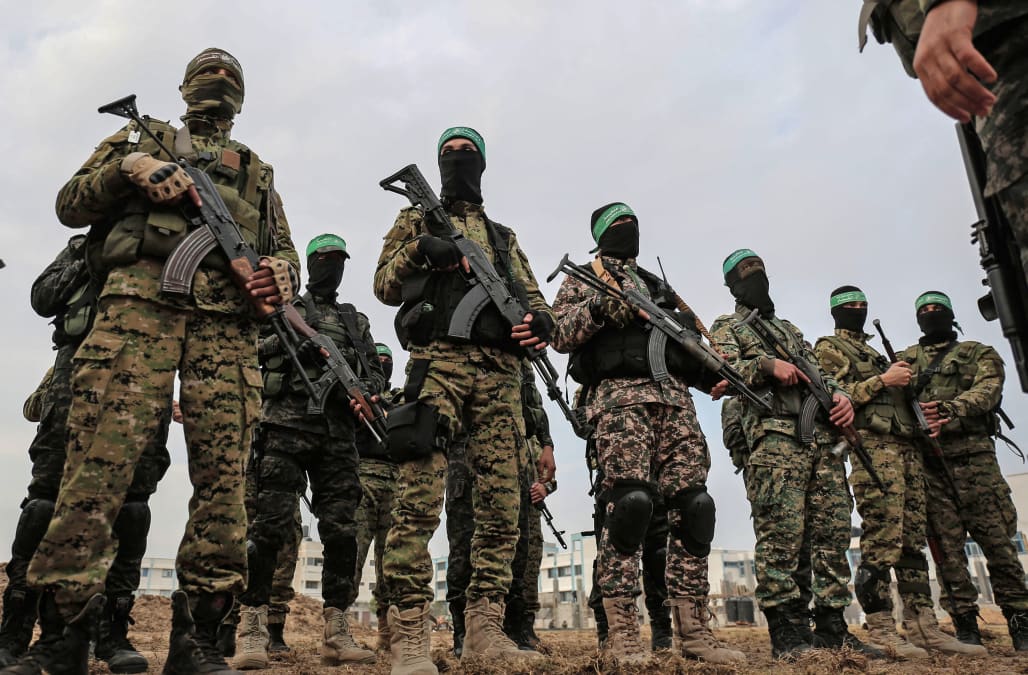 The Hamas terrorist group called for a "day of rage" in protest of President Trump's plan to recognize Jerusalem as Israel's capital and relocate the U.S. Embassy from Tel Aviv.

The Israeli Defense Force was on high alert after the militants issued an official statement urging Palestinians to respond to Trump's announcement with "all means available" following Friday prayers.

"We call on the people of Palestine to declare 'rage day' on Friday against Israel, denying the U.S. plan to move its embassy from Tel Aviv to Jerusalem and to recognize Jerusalem as Israel's capital," the statement read.

RELATED: A look at violence in Israel and the West Bank

"The youth and the Palestinian resistance in the West Bank need to respond with all means available to the U.S. decision that harms our Jerusalem. Jerusalem is a red line and the resistance will not allow any desecration of it."

The Trump administration's controversial intentions, which were revealed Tuesday, drew a chorus of international consternation.

Manuel Hassassian, the Palestinian ambassador to the UK, weighed in on Wednesday, describing the move as a declaration of war.

"If he says what he is intending to say about Jerusalem being the capital of Israel, it means a kiss of death to the two state solution," Manuel Hassassian told the BBC.

"He is declaringwar in the Middle East, he is declaring war against 1.5 billion Muslims (and) hundreds of millions of Christians that are not going to accept the holy shrines to be totally under the hegemony of Israel."