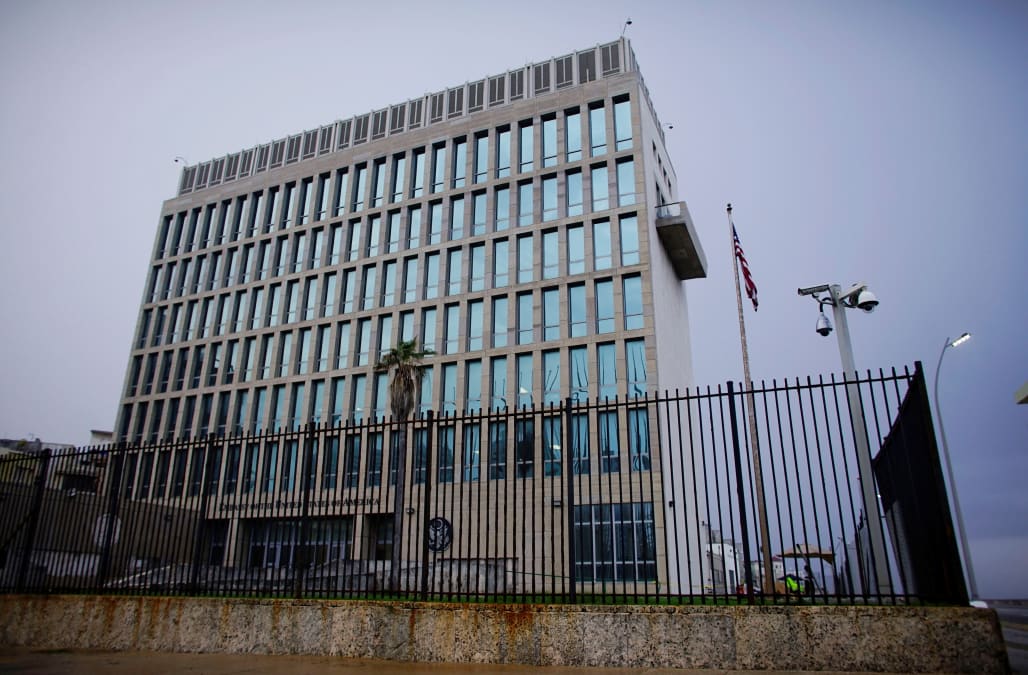 U.S. embassy workers in Havana who were subject to mysterious, loud noises and vibrations in an invisible attack last year were found to have developed brain abnormalities, doctors have discovered.

Tests by doctors searching for clues to explain what led to the victims' hearing, memory, balance and vision damage reveal the workers developed changes to the white matter tracts in their brain that control communication, several U.S. officials said, according to an Associated Press report. These findings support a general agreement by government and university physicians who have been researching the attacks.

White matter in the brain is made up of cells called axons, which connect to one another so nerves can communicate between different regions of the brain. Damage to white matter can impair sensory, motor and cognitive function. Doctors would not say if changes to white matter were found in all the victims.

The discovery is one of several factors that leads investigators to believe some type of sonic weapon was involved in the attacks. It it also the first major physical finding related to damages incurred by the invisible attacks.

RELATED: A look at the US embassy in Cuba

The attacks, which affected 24 U.S. government workers and spouses in their Cuban homes and hotels last year, consisted of loud, mysterious sounds accompanied by vibrations, which resulted in hearing loss, vision impairment and ear-ringing in victims. The patients reported hearing sounds in parts of a room, but said the sound was inaudible just a few feet away. This is unlike normal sound, which spreads in all directions, leading doctors to coin a term for the mystery: "directional acoustic phenomena."

This led investigators to initially suspect they were "sonic attacks." However, now they think the sounds may have been the result of something else, said three U.S. officials briefed on the investigation, AP reported.

Several Canadian embassy workers fell victim to the attacks as well, but American and Canadian officials do not know who is responsible. Cuba continues to deny any involvement and officials say there is no evidence to show such attacks took place at all.

Most victims have recovered and are back at work, some after rehabilitation and other treatment, officials said. About one-quarter had symptoms that remained for long periods or continue to this day.

More from US News:
How the AIDS Epidemic Changed One Doctor's Life
7 Stress-Busting Holiday Tips for People With Diabetes
What Options Do Angina Patients Have to Reduce Chest Pain?