'Leave my baby out of this': CNN's Poppy Harlow responds to Roy Moore spokeswoman over abortion stance 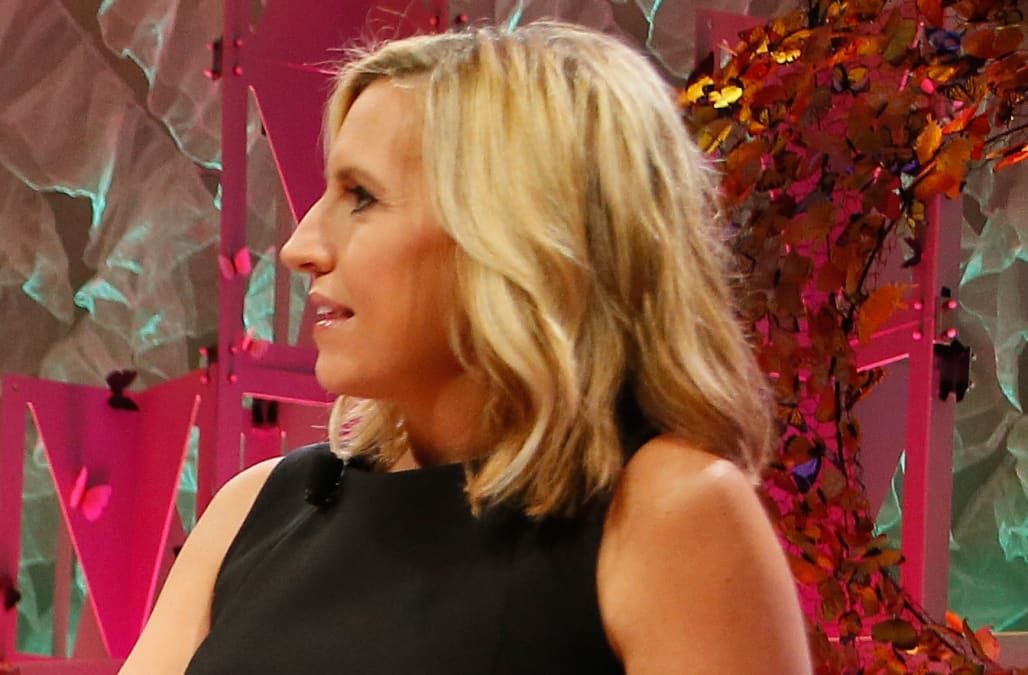 Jane Porter, spokeswoman for embattled Alabama Senate candidate Roy Moore's campaign, appeared on CNN's "New Day" on Tuesday. And Porter began by telling CNN's Poppy Harlow, who is pregnant, that she and Moore were standing up for Harlow's unborn child.

"That's the reason I volunteered to come down to speak for Judge Moore," Porter said. "Because he'll stand for babies like yours in the womb, where his opponent will stand for killing them up until the moment of birth."

What Porter was actually doing on the CNN morning show was defending Moore amid allegations from nine women who have accused the former judge of sexual misconduct ranging from uncomfortable and unwanted overtures to assault. Most of the accusers said the incidents occurred when they were teenagers and Moore was in his 30s. Moore has fiercely denied the allegations.

The first woman to accuse Moore, Leigh Corfman, told the Washington Post that in 1979 — when she was 14 and Moore was 32 — Moore partially undressed her and himself, touched her over her undergarments and guided her hand to touch him. The age of consent in Alabama was, and remains, 16.

"I don't believe her," Porter said, claiming she was "sought after" by the newspaper. Corfman, though, said that she was reluctant to go on the record, and insisted she would only do so if the newspaper's reporters found more accusers.

Porter said she believes those reporters "had an agenda."

"One of the jobs of journalists is to not take an Academy Award performance at face value," she said. "You need to dig into the facts."

"Poppy, we need to make it clear that there is a group of nonaccusers that have not accused the judge of any sexual misconduct or anything illegal," Porter said. "If people of a legal age share a meal together, that's frankly none of my business."

Porter also dismissed the allegation by Beverly Nelson, who says Moore assaulted her in 1977 when she was a 16-year-old waitress at a Gadsden, Ala., restaurant where Moore, then 30, was a regular customer. Moore even signed her high school yearbook in December of that year, she said.

"Everybody knows her yearbook is a forgery," Porter said. Nelson's attorney, Gloria Allred, has said her client will allow a handwriting expert to examine the yearbook if Moore submits to questioning under oath about the assault allegation.

Porter was asked repeatedly by Harlow whether she believed any of the women who have come forward.

Moore and Democrat Doug Jones are competing in the Dec. 12 special election to fill the Senate seat vacated by Jeff Sessions when he agreed to become Trump's attorney general.

"Democrats refusal to give even one vote for massive Tax Cuts is why we need Republican Roy Moore to win in Alabama. We need his vote on stopping crime, illegal immigration, Border Wall, Military, Pro Life, V.A., Judges 2nd Amendment and more," Trump tweeted. "No to Jones, a Pelosi/Schumer Puppet!"

Following Trump's endorsement, the Republican National Committee, which had pulled its financial support of Moore amid the allegations, said it would resume funding for his campaign.

Trump also spoke with Moore to offer his full support.

"He knows Judge Moore is a fighter," Porter said of Trump's phone call. "He's denied all the false, baseless allegations. And he fully supports him."

Later in the interview, Porter again made reference to Harlow's pregnancy.

"Let's leave my baby out of this," Harlow said.

More from Yahoo News:
Accuser's open letter to Roy Moore: 'Where does your immorality end?'
Trump video retweets could be playing with fire
Feinstein: 'We are beginning to see' an obstruction of justice case against Trump