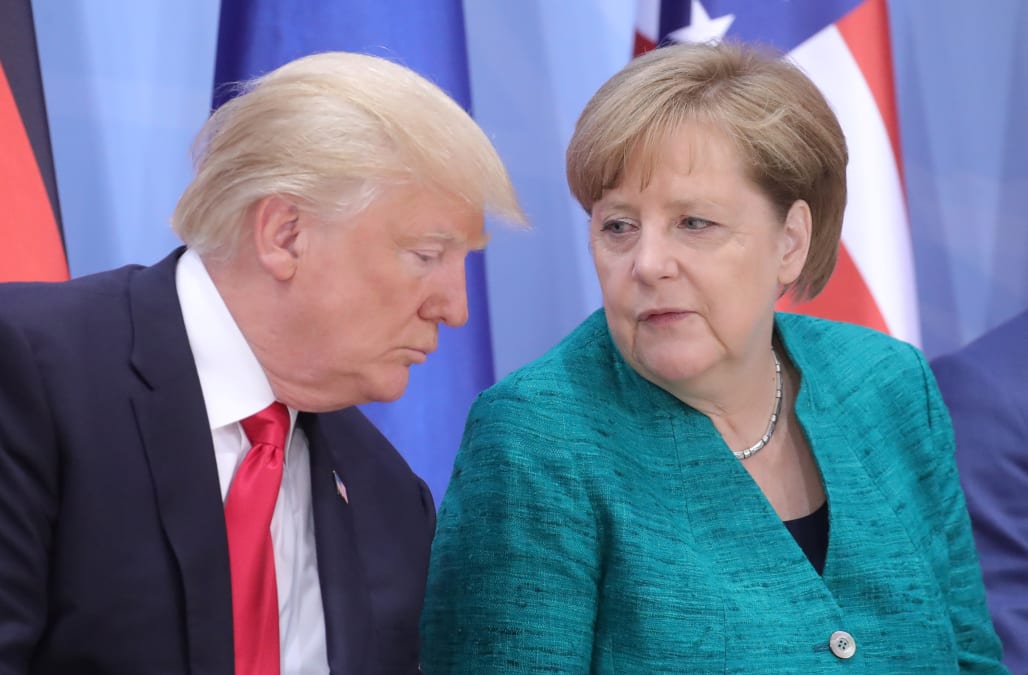 BERLIN, Dec 5 (Reuters) - Germans see U.S. President Donald Trump as a bigger challenge for German foreign policy than authoritarian leaders in North Korea, Russia or Turkey, according to a survey by the Koerber Foundation.

Topping the list of foreign policy concerns were refugees, with 26 percent of respondents worried about Germany's ability to cope with inflows of asylum seekers.

Relations with Trump and the United States ranked second, with 19 percent describing them as a major challenge, followed by Turkey at 17 percent, North Korea at 10 percent and Russia at 8 percent.

Since entering the White House in January, Trump has unsettled Germans by pulling out of the Paris climate accord, refusing to certify an international agreement on Iran's nuclear program and criticizing Germany's trade surplus and its contributions to the NATO military alliance.

RELATED: Trump with other world leaders

Trump's actions prompted the usually cautious German Chancellor Angela Merkel to say earlier this year that Berlin may not be able to rely on the United States in the future. She also urged Europe to take its fate into its own hands.

In the poll of 1,005 Germans of voting age, carried out in October, 56 percent of Germans described the relationship with the United States as bad or very bad.

Despite Merkel's pledge, the survey showed deep skepticism in the population about Germany taking a more active role in international crises, with 52 percent of respondents saying the country should continue its post-war policy of restraint.

That may reflect the fact that neither Merkel nor her main challengers in the recent election campaign talked much about how Germany should respond to the challenges posed by Trump's disruptive presidency and Britain's looming departure from the European Union.

Last week, Norbert Roettgen, a member of Merkel's conservative party and head of the foreign affairs committee in the Bundestag, decried a "deplorable" lack of leadership in educating Germans about the need to invest more in their own defense and security. (Reporting by Noah Barkin; Editing by Hugh Lawson)

More from Aol.com:
Feinstein: 'We are beginning to see' an obstruction of justice case against Trump
At UN, Ambassador Haley warns against war in which North Korean regime ‘will be utterly destroyed’
The thinking behind Kim Jong Un's North Korea 'madness'