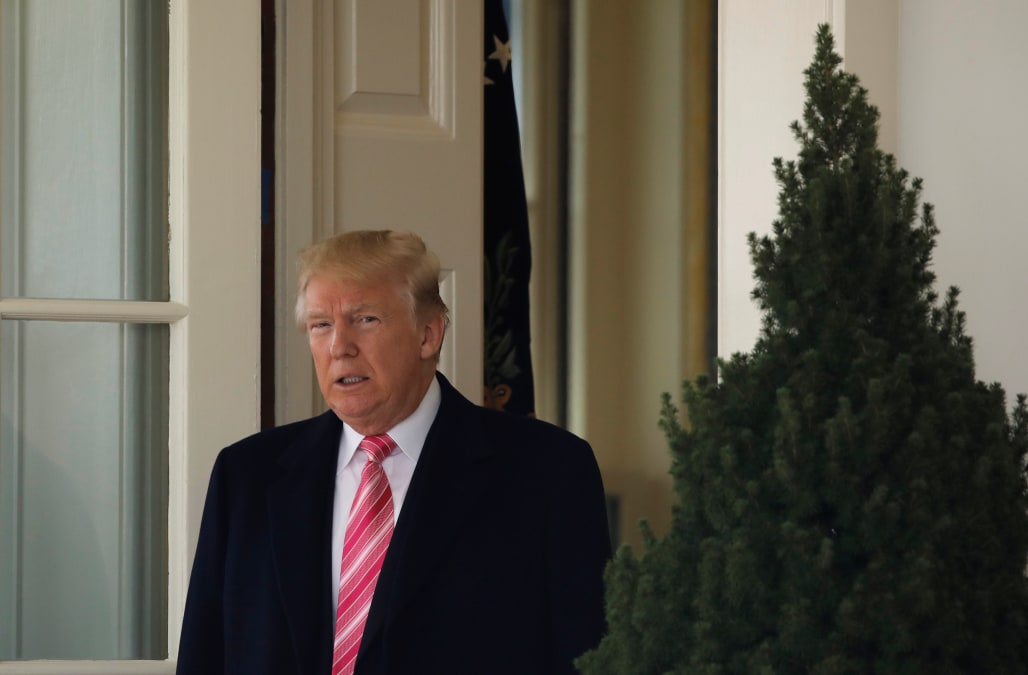 “I have spoken to the president quite a bit about it recently, and he see this is as something that will go away pretty quickly,” Ruddy said on Sunday during an appearance on ABC News. “My view is that — Robert Mueller poses an existential threat to the Trump presidency. He’s gotten four major — two convictions, two plea agreements. Lightning speed. I mean, during the Clinton years, it took Ken Starr and Robert Fisk four years.”

According to NPR, Flynn pleaded guilty to lying to the FBI “about his contacts with the Russian ambassador during the transition, and he is cooperating with the special counsel’s investigation into Moscow’s interference in last year’s election.”

In response, Trump on Saturday reiterated to reporters that there was “absolutely no collusion” with Russia for the 2016 election.

And on Twitter, the president appeared to defend Flynn while renewing his attack against Hillary Clinton.

“So General Flynn lies to the FBI and his life is destroyed, while Crooked Hillary Clinton, on that now famous FBI holiday ‘interrogation’ with no swearing in and no recording, lies many times…and nothing happens to her?” Trump tweeted. “Rigged system, or just a double standard?”

More from Aol.com:
Kushner met with special counsel Mueller in Russia probe: CNN
Mueller reportedly ousted an investigator on his team over possible anti-Trump texts
New details from Mueller about Michael Flynn could implicate top Trump officials — and Jared Kushner is at the top of the list