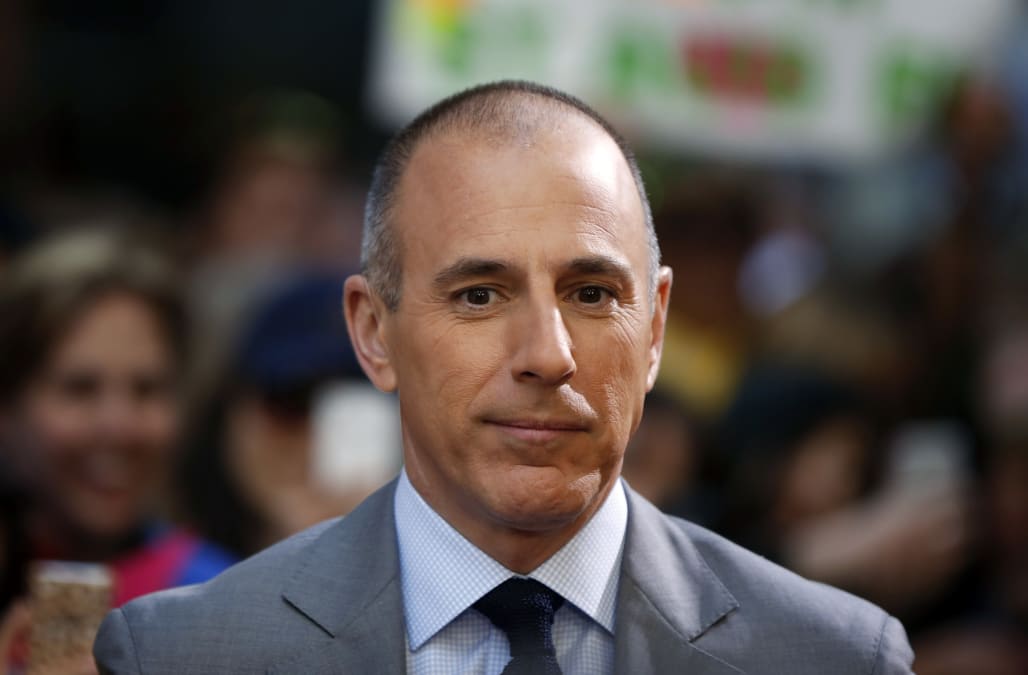 Sexual harassment and misconduct has now become a continuous theme of news coverage, with new allegations emerging on a weekly and sometimes daily basis.

But as the stream of stories continues, data show that men and women — and particularly younger and older Americans — bring different views on how widespread harassment is and what it looks like. A recent NBC News/Wall Street Journal poll shows the gender and generational differences.

The October poll found that nearly 7 in 10 Americans, 67 percent, believe that sexual harassment happens in almost all or most workplaces. There were differences between men and women on the question, but they weren’t especially stark.

Overall, 62 percent of men and 71 percent of women believe sexual harassment happens at almost all or most workplaces, a difference of 9 percentage points.

Add age into the mix, however, and the numbers look different among both men and women.

Among women 18 to 49 years old, 78 percent say “sexual harassment happens in almost all or most workplaces.” But among women 50 or older, the number falls 14 points to 64 percent, which is below the national average.

mong 18- to 49-year-old men, 68 percent say they believe harassment happens in almost all or most workplaces. But among men 50 or older the figure is 55 percent, 13 percentage points lower.

In other words, gender seems to play a role in how widespread people think sexual harassment is, but age is the bigger divider.

But a key element to understanding the age splits on harassment may be that the members of different generations see harassment differently. People who are 18 to 49 years old have grown up in an environment and in workplaces that are more cognizant of sexual harassment, where workplace training targeting harassment have become commonplace.

There is evidence for that reading of the numbers elsewhere in the poll.

One question asked women whether they had “received an unwelcome sexual advance or other verbal or physical harassment of a sexual nature at work.” The “yes” responses climbed by age group. Among women 18 to 34 years old, 56 percent said yes. With people 35 to 49 years old, the figure was 44 percent. For those ages 50 or older, 41 percent said yes.

Is it possible that there is more sexual harassment in workplaces today than there was 20 or 30 years ago, even as more attention is paid to the issue? Yes. But it’s also possible that the past few decades, mores have changed — inappropriate behavior that was once written off as “boys will be boys” in the office is now viewed as wrong.

Regardless of the reason, however, the generational differences in the numbers suggest that the focus on sexual harassment and misconduct may have a lasting impact in the workplace for years to come. The poll data show the stories that have rocked politics, media and the entertainment industry have impacted both genders, but they have particularly resonated among younger Americans.