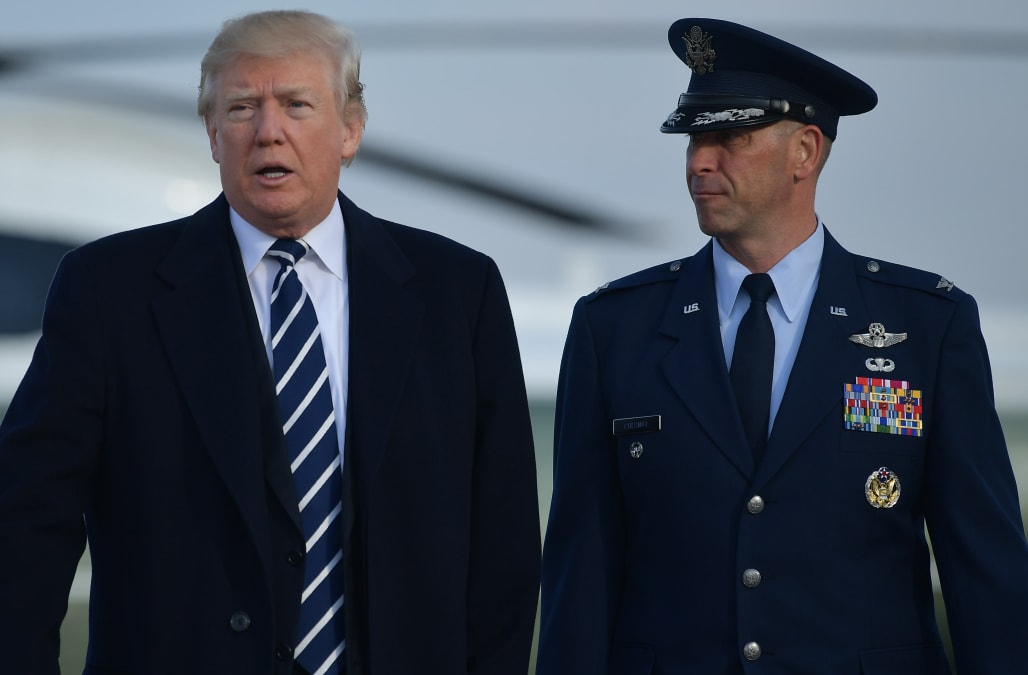 WASHINGTON (Reuters) - U.S. President Donald Trump, in his first comment on a guilty plea by his first national security adviser Michael Flynn to lying to the FBI, said on Saturday there was "absolutely no collusion" between his campaign and Russia.

Trump made his comment to reporters as he departed the White House.

Flynn, as part of his plea on Friday, agreed to cooperate with special counsel Robert Mueller's investigation into possible collusion between Russia and Trump's 2016 presidential election campaign.

SEE ALSO: Trump was reportedly told to stay away from Twitter after Mike Flynn's plea deal was revealed

On Friday, the White House said in its initial statement that the guilty plea entered by Flynn implicates Flynn alone.

"Nothing about the guilty plea or the charge implicates anyone other than Mr. Flynn," said Ty Cobb, a White House attorney.

"The false statements involved mirror the false statements to White House officials which resulted in his resignation in February of this year," Cobb said, adding that the plea "clears the way for a prompt and reasonable conclusion" of the Office of the Special Counsel's probe into Russian meddling in the 2016 U.S. presidential election and potential collusion by Trump's campaign.

Federal prosecutors said in their filings on Friday that Flynn had been directed by "a very senior member" of Trump's transition team regarding a December 2016 United Nations vote.

Flynn also filed materially false statements and omissions in his March 7, 2017, foreign agent filing over his company's work with the Turkish government, according to prosecutors.