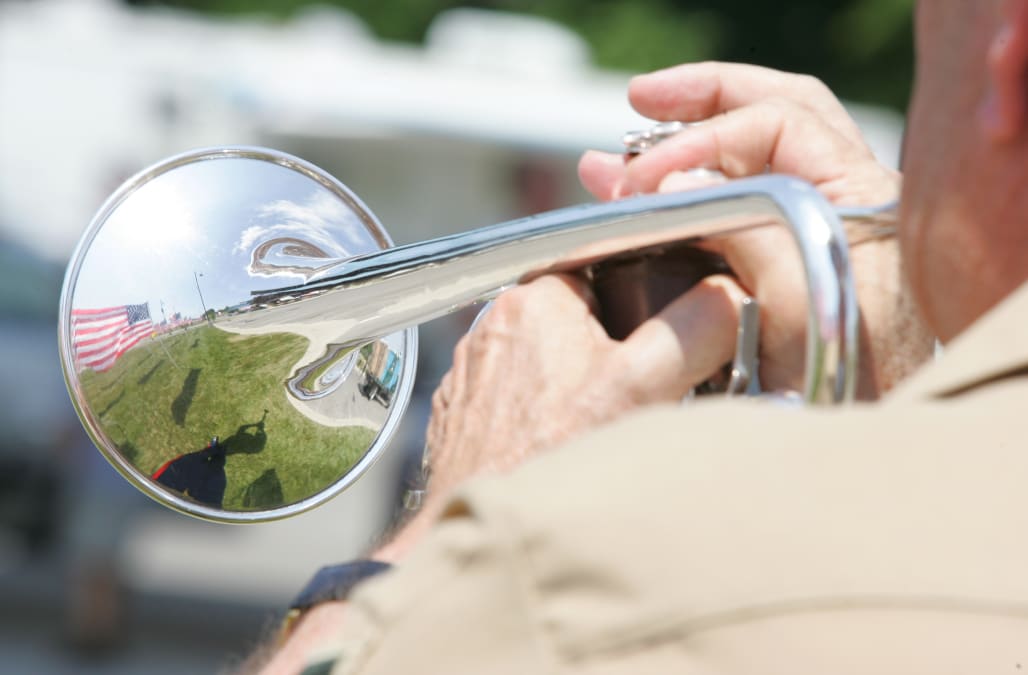 GLEN ROCK, Pennsylvania (WPMT) -- The controversy over the playing of a patriotic piece of music in this York County community is finally at an end.

For one final time on Thursday, Navy Lieutenant Commander Joshua Corney played Taps, the bugled 24-note tribute to fallen heroes, from his home, part of what for him was a bittersweet compromise between his promise to honor those who made the ultimate sacrifice and the noise complaints from some of his neighbors.

“It's unfortunate that I'm choosing to not play here at my property, but in the same sense this is bigger than just me,” Lt. Cmdr. Corney said. “This is something that I feel is important to our nation and to our people.”

Man playing taps causes complaints in neighborhood
(Photo: WPMT)
"It's unfortunate that I'm choosing to not play here at my property, but in the same sense this is bigger than just me. This is something that I feel is important to our nation and to our people," said Lt. Cmdr. Joshua Corney.

Taps will not go away entirely. Earlier this month, Glen Rock Borough Council approved the playing of taps at Glen Rock Park. When that will begin or how often it will happen is still to be decided.

“I think it'll be actually better for him,” said Christy Lucas of Roots for Boots. “I think it'll be a better platform for him to inform the community of what Taps means, why we do it, and again going back to the sacrifice of our servicemen and women.”

“I know the American Legion is awesome here in Glen Rock and veteran service organizations to support him to get that Memorial going, it will be a great idea,” said Andy Raymond, a veteran who attended Thursday’s playing of Taps.

Corney says he will also continue to play it at a much lower volume on his property, and there's no question on what this is about.

“Being able to stand up to say, ‘Hey, today I want to remember the sacrifices that our men and women have made and continue to make on a day-to-day basis,’” said Corney.