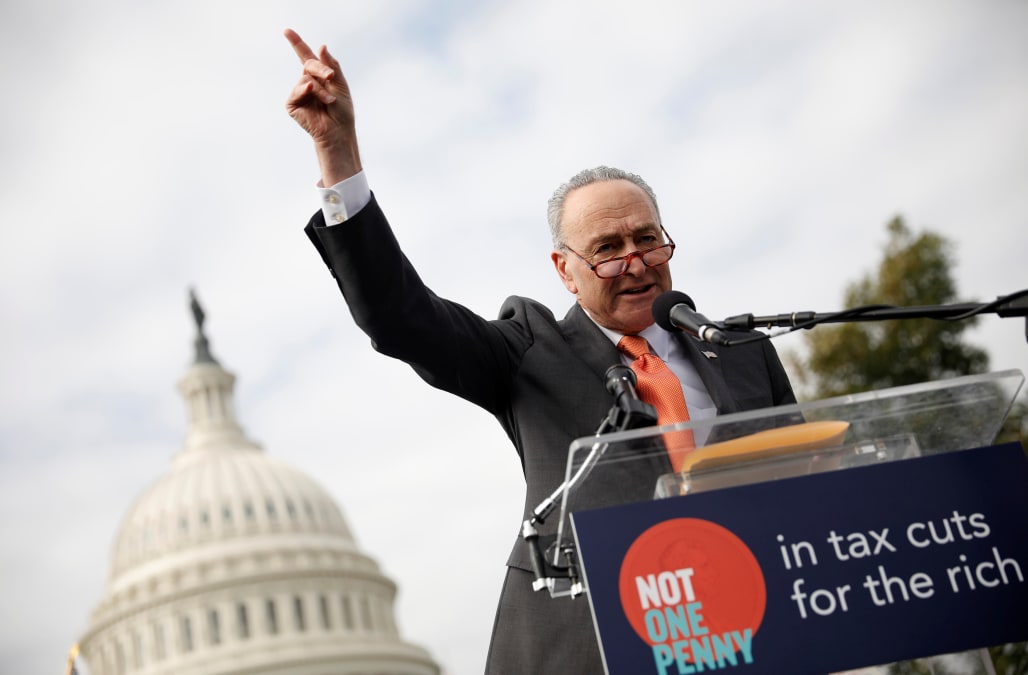 Senate Republicans finally gave the final version of their massive tax bill to Democrats on Friday, complete with handwritten notes for last-minute changes and additions.

The final text of the Tax Cuts and Jobs Act was delivered to Democrats on Friday just hours before an expected final vote on the bill. But Democratic lawmakers said it was nearly unreadable, with handwritten notes in the margin outlining some of the tweaks.

Democrats also noted that the bill is more than 400 pages long, saying they only have a few hours to digest the entirely of the bill before voting on it.

Democratic Sen. Dick Durbin tweeted a screenshot of one of the pages with a long, handwritten note in the margin.

"Trying to review the #GOPTaxScam but they are making hand-written changes to brand new text as we speak – can anyone else read this?" Durbin tweeted.

Sen. Ed Markey of Massachusetts shared the same scribbled pages and attacked the state of the bill.

"The entire U.S. tax code is being rewritten at 6:30pm on a Friday in crayon #GOPTaxScam." he tweeted.

"Any handwriting experts out there? I'd like to know what this says before they call for a vote," tweeted Sen. Bob Casey of Pennsylvania. "This is absurd."

"They ran out of napkins to write the bill on, apparently," he tweeted.

Here is a sample of the handwritten notes in the bill, provided to Business Insider: NOW WATCH: Trump's Twitter account was deactivated for 11 minutes because of a disgruntled employee — here are the best reactions

SEE ALSO: A possible change to the GOP tax bill would be a huge boost to multibillion-dollar private-equity companies