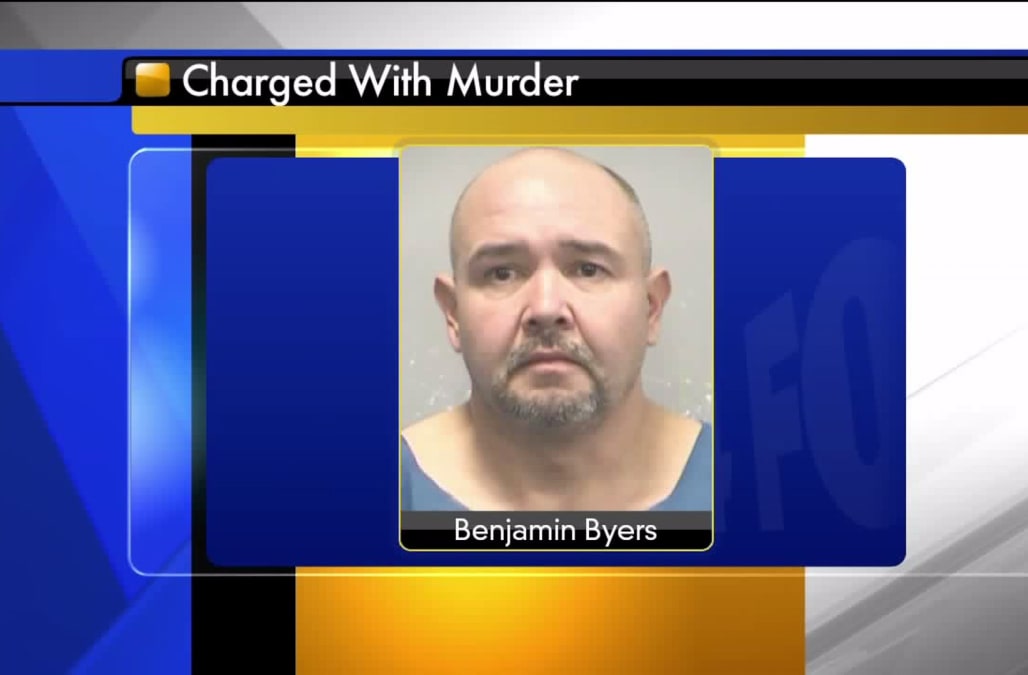 Benjamin H . Byers has been charged with second-degree murder, armed criminal action, abandonment of a corpse and child endangerment in the death of his wife Melissa Byers, 47.

Officers then went to the child's home near 24th Street and College Avenue where they found Benjamin Byers. According to court documents, officers saw drops of blood throughout the house and found a tarp with carpet on it and blood all around it in the basement.

The child told a forensic interviewer at the Child Protection Center she'd last seen her mother on Monday when Melissa Byers picked her up from school. Her father picked her up Tuesday. The girl said Benjamin Byers was "acting weird and drinking," prosecutors said.

She said she went to the basement where she found the body, which had been stabbed it the back and was wearing her mother's clothing.

Prosecutors said when a family acquaintance told the child he was coming over, Benjamin Byers told the girl not to open the door and stay out of the basement.