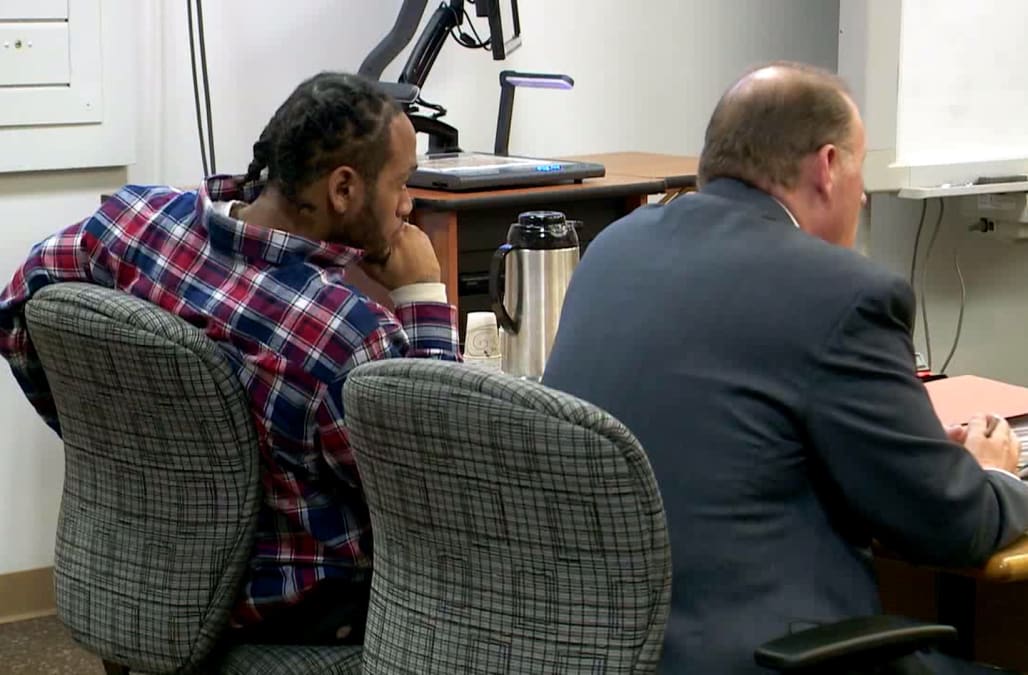 CALHOUN COUNTY, Mich. (WXMI)— A Battle Creek woman cried on the witness stand as she recounted what happened to her back in May 2002. She said she was trying to sell someone a gun but the man didn’t have the money to pay. So she, the man and another person got into a car to go get money. Seconds later they pulled over, not far from her home, and one of the men raped her she said.

“I said ‘please stop,’” said the victim whose name is being withheld. “I froze. I couldn’t move.”

The woman testified that her arms were pinned above her head by the other person as she made eye contact with the man who “got on top” of her. The next day she told police what happened, was tested but she never identified who the suspect was. Wednesday in court, 15 years later, he was identified as Jeffrey Wimberly. His DNA was tested in 2016 and later that year he was charged with first-degree criminal sexual conduct. He was the first person charged from a rape kit that was tested under the Calhoun County Sexual Assault Kit investigation.

“These rape kits, some of them go back to the 1980s,” said Calhoun County Prosecutor David Gilbert during an interview at the courthouse. “It’s a different world with DNA now.”

Gilbert said even though rape kits were performed in the 1980s and ‘90s, they weren’t always tested. Police needed a name in order to pursue charges. Thus the database of suspects was small. However things changed in the early 2000s.

“They started to change the rules regarding people convicted of felonies and people accused of sex crimes,” said Gilbert. “After you were convicted of a felony starting in 2001 and 2002, you were required to give a DNA sample. [The] DNA database began to expand.”

Since then, the Sexual Assault kit investigation launched in a few counties in Michigan. Gilbert said they were given funding from the state to hire a lead investigator to look at the more than 300 untested kits in the Calhoun County.

“We learned over the years that rapists and child molesters they don’t just stop with one thing,” said Gilbert. “They keep going. Most rapists don’t rape one person, they continue to rape. Basically you can say that they’re serial rapists. And that’s how they’re being found today.”

Wimberly’s trial resumes Thursday. The jury is expected to hear more testimony throughout the week. Gilbert said he hopes more rape kits head to trial after this one.

More from Aol.com:
Police question if 5 missing women are victims of a serial killer
Man says sharing name with officer accused of attempted rape is ruining his business
Ex-priest to stand trial for 1960 murder of Texas beauty queen