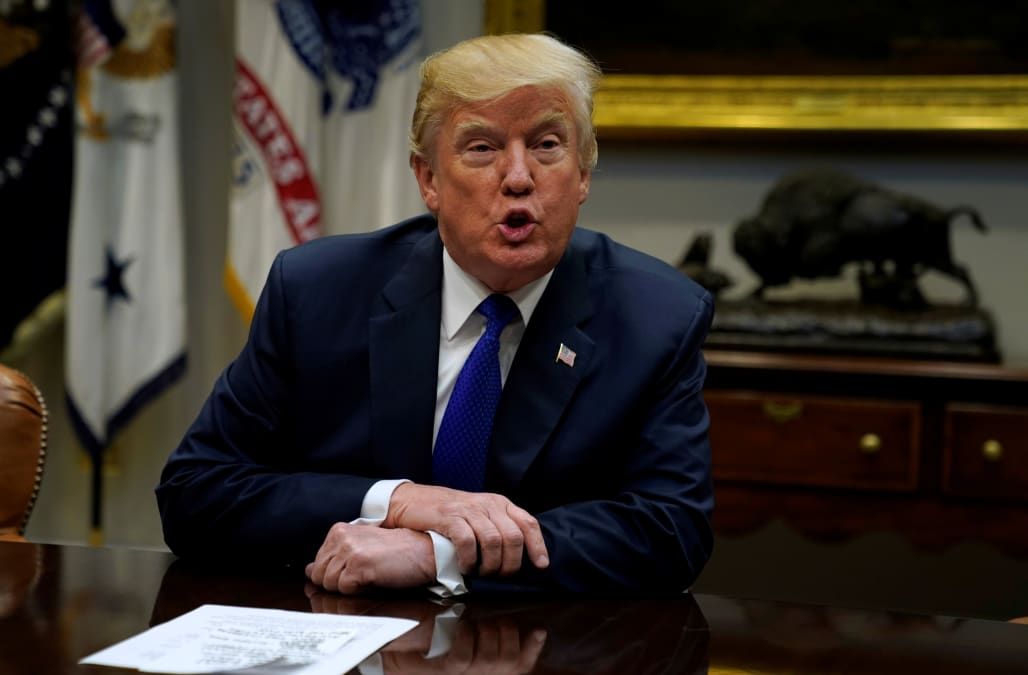 President Donald Trump slammed the not guilty verdict of Jose Ines Garcia Zarate, a previously deported Mexican man who was accused of fatally shooting 32-year-old Kate Steinle at a San Francisco pier in 2015.

"A disgraceful verdict in the Kate Steinle case!," Trump tweeted Thursday evening. "No wonder the people of our Country are so angry with Illegal Immigration."

A disgraceful verdict in the Kate Steinle case! No wonder the people of our Country are so angry with Illegal Immigration.

The case sparked outrage amongst those who felt the US's immigration policy was too lax, given that Zarate had been previously deported five times and had served in federal prison. The shooting also became a popular talking point in Trump's presidential campaign, which often emphasized the country's need to erect a US-Mexico border wall to prevent illegal entry into the US.

Zarate, who did not deny shooting Steinle, said that the gun accidentally fired as he was picking it up, according to the Associated Press. Defense attorney Matt Gonzalez argued that Zarate had no motivation to kill Steinle, and that it was an unfortunate incident.

Although Zarate was acquitted of murder charges, he was found guilty of being a felon in possession of a firearm, the Associated Press said.

NOW WATCH: Vladimir Putin could secretly be one of the richest men in the world — an investigative reporter who spent 4 years in Russia explains