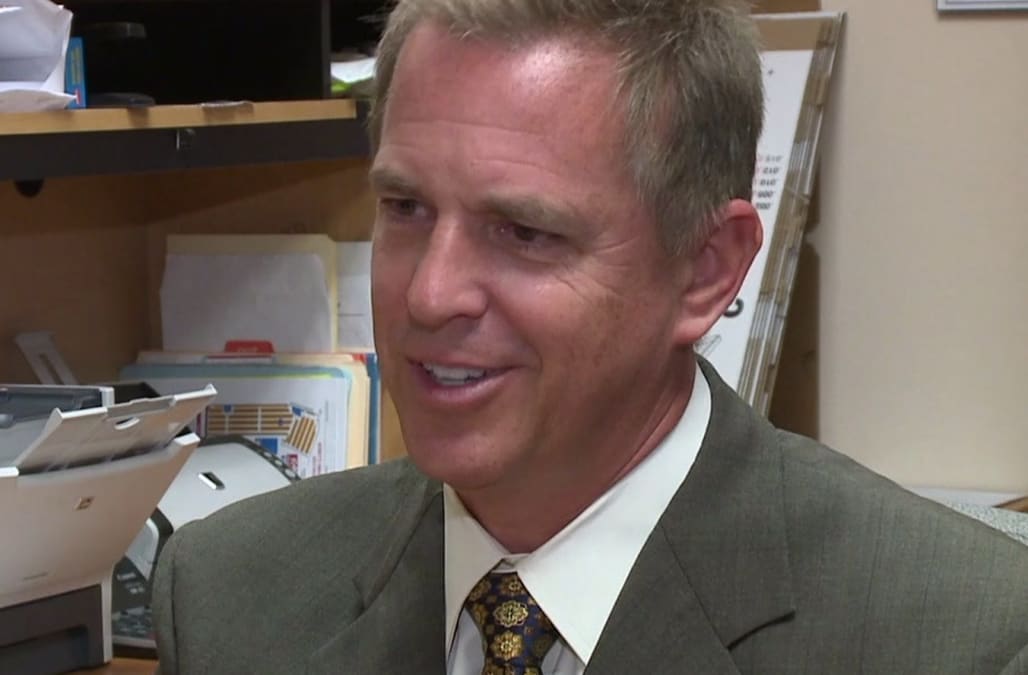 A San Diego businessman who happens to share the same name as a Navy officer accused of attempted rape says the unfortunate coincidence is ruining his business.

John Michael Neuhart is the founder of a company called SYNAPSES, a consulting firm that helps find and provide temporary leadership for other businesses.

Jonh Michael Neuhart II, who has absolutely no relation to the SYNAPSES founder, is a former U.S. Navy Commander who is about to head to trial on sexual assault charges.

As jury selection begins for Neuhart II's trial, Neuhart told KWSB that his life has been a nightmare ever since the other Neuhart's case began last January.

"I did think it would die down but it continues," he told the station. "Every once in a while when there's a date in court and he's back in the news I get people saying, 'I saw you on the news today.' No, you didn't."

"It's too much of a coincidence with the exact same name, the odd spelling of Neuhart, same middle name -- San Diego and Ohio State University. What are the odds?" Neuhart told the station.

Neuhart says he has lost at least one prospective client because of the case and that he's sure there are more of which he is unaware -- and it's easy to see why.

"It's fun to talk about, but it's not really fun underneath. It truly is a really serious matter," businessman Neuhart told KNSD.

According to KWSB, Neuhart II was charged with assault with intent to commit rape during a burglary of a former female colleague and faces life in prison if convicted.

Neuhart (the businessman) says he hopes the trial wraps up quickly so he can put this all behind him.