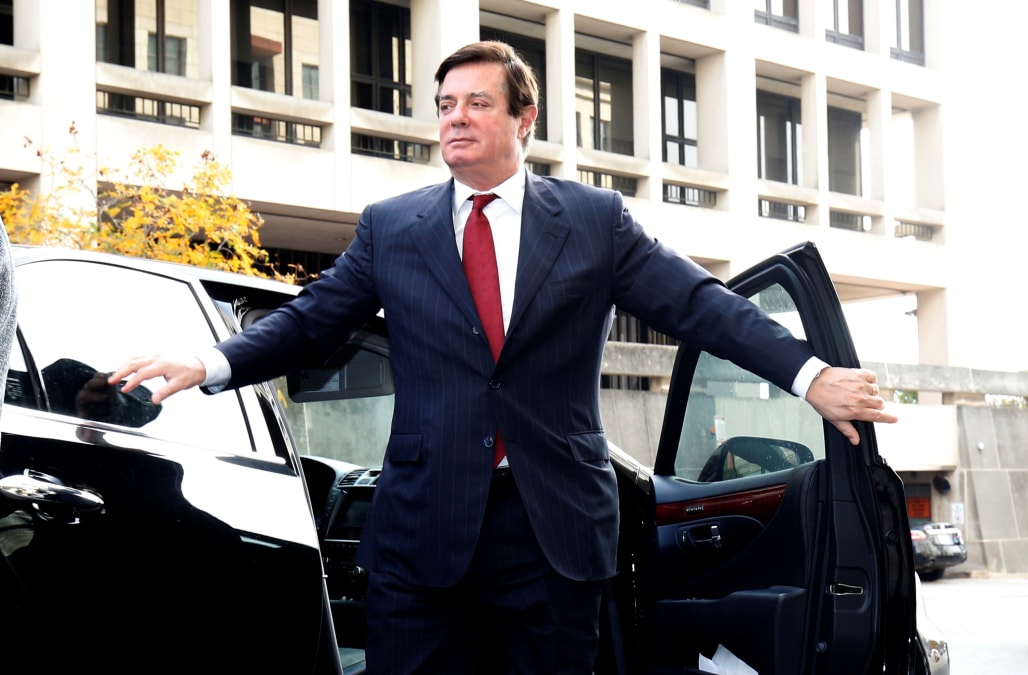 Manafort, who was indicted along with a business associate Richard Gates in October, would be released from house arrest and electronic monitoring under the deal, lawyer Kevin Downing said in a filing in U.S. District Court in Washington.

Manafort, who has been confined to his Virginia home, has agreed to forfeit four real estate properties worth about $11.65 million if there is a bail violation, the court document said. Manafort previously had an unsecured $10 million "appearance bond" to guarantee he shows up to court.

Agreement on bail had been reached with the office of Special Counsel Robert Mueller, Downing said in the filing.

A spokesman for Mueller could not immediately be reached for comment.

Manafort, who ran Trump's 2016 campaign for several months, and Gates pleaded not guilty in October to a 12-count indictment by a federal grand jury. They face charges including conspiracy to launder money, conspiracy against the United States and failing to register as foreign agents of Ukraine's former pro-Russian government.

The charges are part of Mueller's investigation into the conclusions of U.S. intelligence agencies that Russia undertook a campaign of hacking and misinformation to tilt the election in Trump's favor and potential collusion by Trump associates, allegations that Moscow and the president deny.

Mueller and his attorneys have previously argued that the court should only agree to a bail agreement if Manafort fully explains his finances to the court and that they considered him a flight risk.

The four properties posted as bail are a Bridgehampton, New York home valued at $4 million, a New York City property valued at $3.7 million, a Florida property estimated at $1.25 million, and a home in Virginia worth $2.7 million, the filing said.

Manafort's wife, Kathleen, and his daughter Andrea have agreed to act as sureties on the appearance bond, it said.

To address the issue of flight risk, Manafort has agreed to not travel overseas, has handed over his passports, and will restrict his travel to Florida, Virginia, New York and Washington D.C.

Downing called the $11.65 million a "substantial portion" of Manafort's assets.

"Simply put, Mr. Manafort's family would face severe economic consequences if he were not to appear as required."

(Reporting by Nathan Layne in Washington; editing by Grant McCool)