Tillerson 'offended' by claims of U.S. State Dept's hollowing out 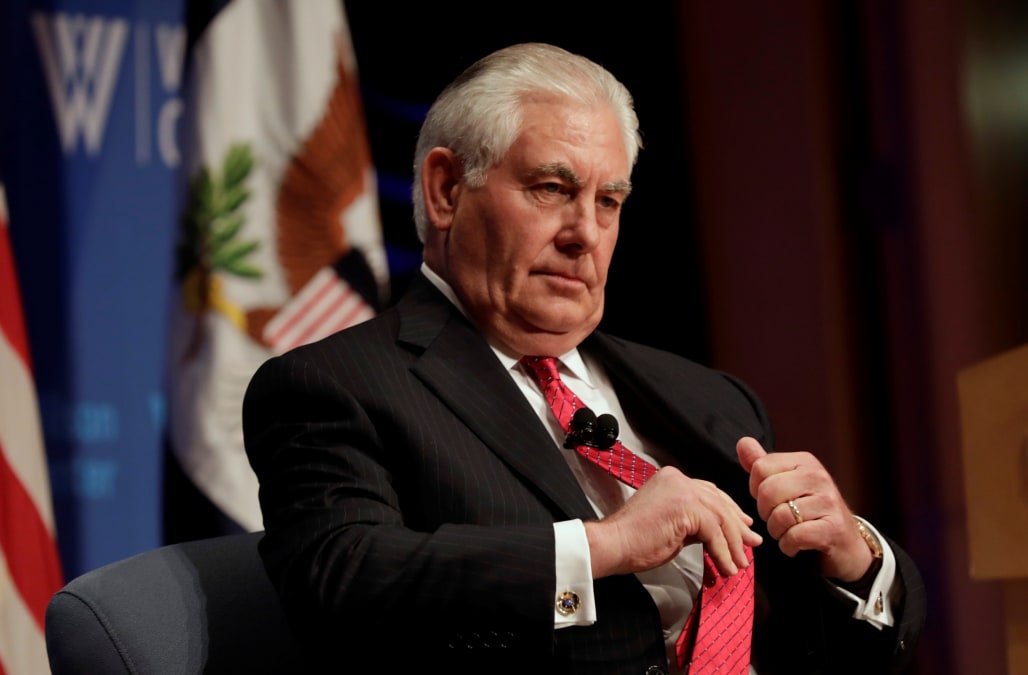 WASHINGTON, Nov 28 (Reuters) - U.S. Secretary of State Rex Tillerson said on Tuesday he was offended by claims that the State Department is being hollowed out, saying his agency is functioning well, contrary to scathing criticism from former diplomats.

In the latest salvo, two retired senior U.S. diplomats said the agency is being undermined by proposed budget cuts of about 30 percent and is being deliberately taken apart.

"President Trump's draconian budget cuts for the State Department and his dismissive attitude toward our diplomats and diplomacy itself threaten to dismantle a great Foreign Service," Nicholas Burns and Ryan Crocker wrote in the New York Times on Monday.

"This is not about belt tightening. It is a deliberate effort to deconstruct the State Department and the Foreign Service," Burns, a former No. 3 official at the agency, and Crocker, a six-time U.S. ambassador, added.

The forcing out of many senior diplomats, the failure to nominate or to win Senate confirmation for officials to fill many major agency roles, and a perception that Tillerson is inaccessible have eroded morale, according to current officials.

Tillerson said, however, the department is running well and that the department budget had grown dramatically. The planned cuts would restore it to historical norms, he said.

He also praised officials serving as acting assistant secretaries of state, typically among the agency's key jobs, saying they have helped to devise approaches on issues from North Korea and Syria to Iran and Ukraine.

"There is no hollowing out," Tillerson said after a speech at a think tank. "I am offended on their behalf when people say, somehow, we don’t have a State Department that functions ... I can tell you, it’s functioning very well from my perspective."

Tillerson said the process of winning Senate confirmation of appointments has been "excruciatingly slow." However, the Trump administration has failed to nominate people to serve in many key agency slots, leaving the Senate unable to consider them.

According to a database compiled by the Washington Post newspaper and the nonprofit, nonpartisan Partnership for Public Service, there are no nominees for the assistant secretaries of state for African, East Asian, South and Central Asian, Near Eastern or Western Hemisphere affairs.

This means that the top diplomats for major regions do not enjoy status that comes from being chosen by the president and confirmed by the Senate. (Reporting by Arshad Mohammed; Editing by Steve Orlofsky)