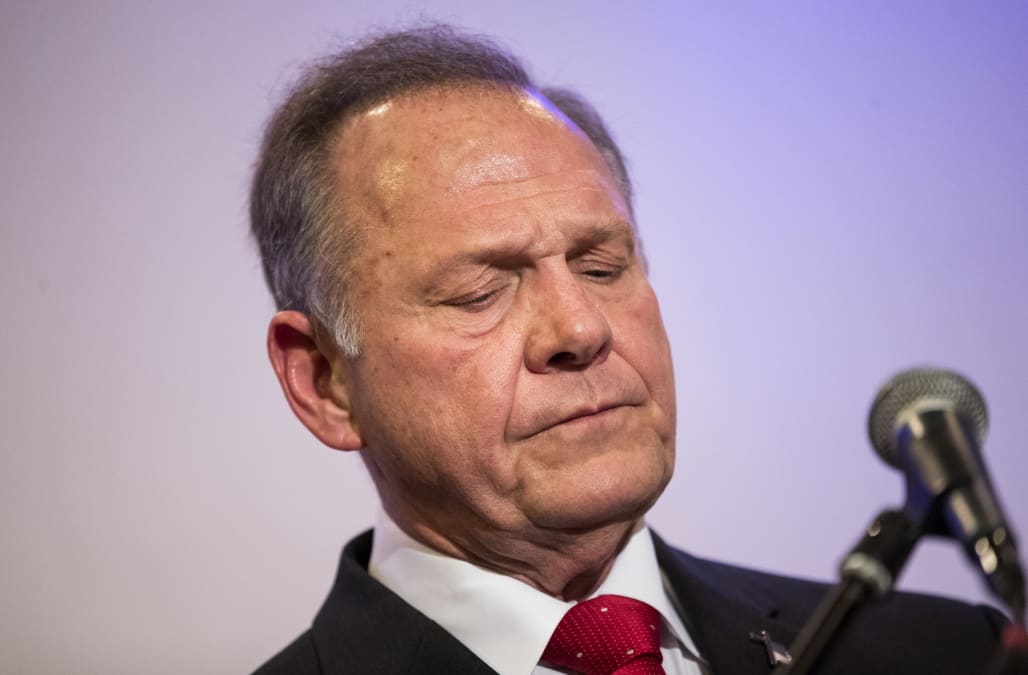 With a little over two weeks before Alabamans vote for a new senator, a former top aide to White House Chief of Staff John Kelly plans to launch a write-in campaign for the seat.

Lee Busby, a 60-year-old retired Marine colonel from Tuscaloosa, told The Washington Post that he saw a route for a centrist candidate to win the seat being contested by Democratic candidate Doug Jones and Republican candidate Roy Moore — the latter of whom has been accused of extensive sexual misconduct.

"I think you can flip this thing," he said. "If this were a military operation, the left flank and the right flank are heavily guarded. I think that gives you an opportunity to run straight up the middle."

Busby believes both Jones and Moore are not qualified for the office and that while he wasn't certain of the truth of the accusations against Moore, they had "created enough distaste in my mind." Republicans have resisted a write-in campaign, believing it could split the GOP vote and help Jones, but Busby told The Post he thought he could attract supporters of both Moore and Jones.

Busby said he supports efforts to lower taxes, wants to repeal Obamacare, and believes life begins at conception (though he supports exceptions for abortions in some cases).

Busby served as a Marine officer in Iraq and later trained soldiers as a defense contractor in Afghanistan. Before retiring in 2013, he was vice chief of staff for Kelly when the latter was a three-star Marine Corps general in charge of that service branch's reserve.

He said he plans to run as an independent, touting his past as a military officer, investment banker, and entrepreneur.

Busby — who said he voted for Ohio Gov. John Kasich in the 2016 Republican primary and for President Donald Trump in the general election — said he had not spoken to Kelly about running, but may do so if his campaign looks promising.

He has yet to set up a formal campaign, telling The Post he spent the weekend after Thanksgiving working on a logo and looking into campaign-fundraising requirements.

In Alabama, votes for write-in candidates count as long as the candidate is a living person otherwise eligible for office. The special election will take place on December 12.

NOW WATCH: An Alabama high school 'resegregated' after years of being a model of integration — here's what happened after