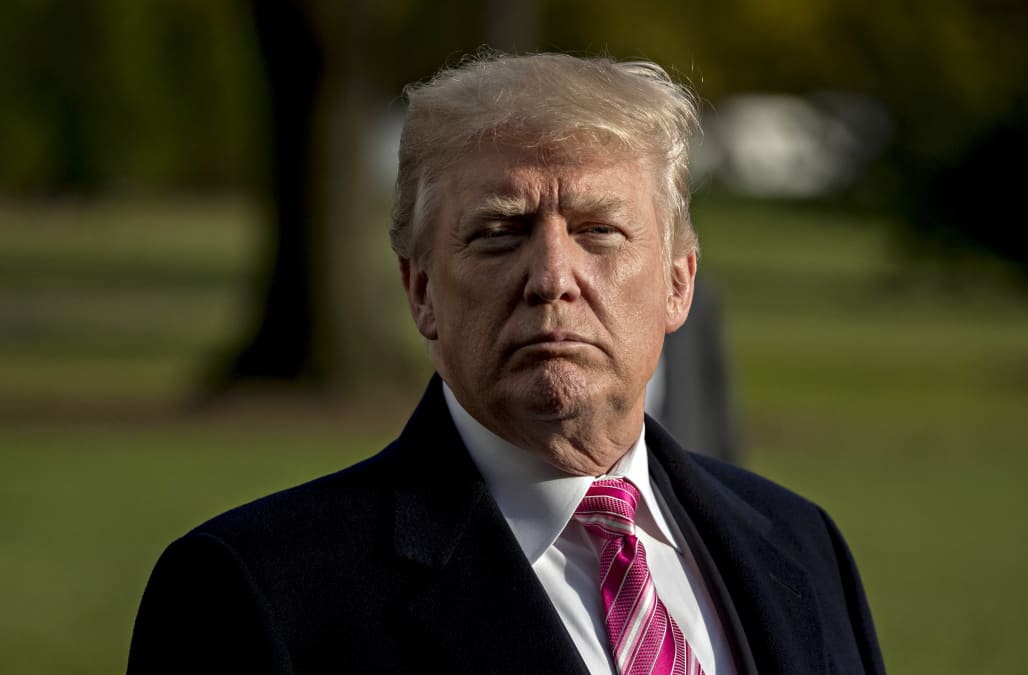 Former CIA Director James Woolsey dined with President Donald Trump last weekend at his Palm Beach Mar-a-Lago estate, where a report said they had a "lengthy conversation" at the main dining table surrounded by several of Trump's friends, associates, and political allies.

Woolsey, who served on the board of Flynn's lobbying firm Flynn Intel Group, was present at a September 19, 2016, meeting with Flynn and Turkish government ministers, where they discussed removing the controversial Muslim cleric Fetullah Gulen from US soil.

Woolsey apparently notified Vice President Joe Biden through a mutual friend about the meeting, which he thought could have been an illegal discussion, Woolsey's spokesman Jonathan Franks said earlier this year.

Franks confirmed late last month that Mueller's team had interviewed Woolsey about the meeting. He noted that Woolsey and his wife have been in touch with the FBI since before Mueller's office began overseeing the Russia probe in May.

Woolsey's participation in both that meeting with Flynn and Turkish government ministers and another meeting the next day with two Turkish businessmen — during which he reportedly pitched his own $10 million contract to help discredit Gulen — may have landed him on the FBI's radar even before Trump won the presidential election.

Now, Mueller has reportedly gathered enough evidence against Flynn and his son to charge them with crimes related to their unregistered lobbying work for Turkish government interests.

Legal experts have speculated that Mueller may be leveraging the threat of an indictment against Flynn and his son to get them to cooperate with the broader investigation into whether Trump's campaign team — for which Flynn was a top surrogate — colluded with Russia, and whether Trump sought to obstruct the Russia probe when he fired former FBI Director James Comey in May.

Flynn was forced to resign as national security adviser in early February when reports surfaced that he had spoken with former Russian ambassador Sergei Kislyak about US sanctions on Russia several times during the transition.

Franks was not immediately able to comment about what Woolsey and Trump discussed over dinner last weekend. But the conversation will likely be of interest to investigators scrutinizing Flynn, to whom Trump has reportedly remained loyal, and examining why Trump asked Comey shortly after Flynn resigned if the FBI would consider dropping the investigation into Flynn.

"Whenever a subject of a criminal investigation talks to a witness, the prosecution will ask questions about what was discussed during that meeting," said former federal prosecutor Renato Mariotti. The subject, in this case, is Trump, he said, while the witness is Woolsey.

Woolsey abruptly resigned from his position as a senior adviser to Trump's transition team in January, one day before Trump was set to receive a conclusive briefing from US intelligence officials on Russia's election interference.

The Washington Post reported at the time that Woolsey became uncomfortable after being cut out of intelligence talks between Trump and Flynn, and that he was taken aback by Trump's reported plans to restructure the CIA.

"The campaign was over, and I didn't want them to keep saying that I was a senior adviser on the transition because I really wasn't," Woolsey told then-Fox News anchor Megyn Kelly in his first post-resignation interview. "I was not really called upon to go to meetings or participate in work on the transition."

NOW WATCH: Trump's Twitter account was deactivated for 11 minutes because of a disgruntled employee — here are the best reactions