Pelosi defends Conyers as 'an icon' amid sexual harassment claims 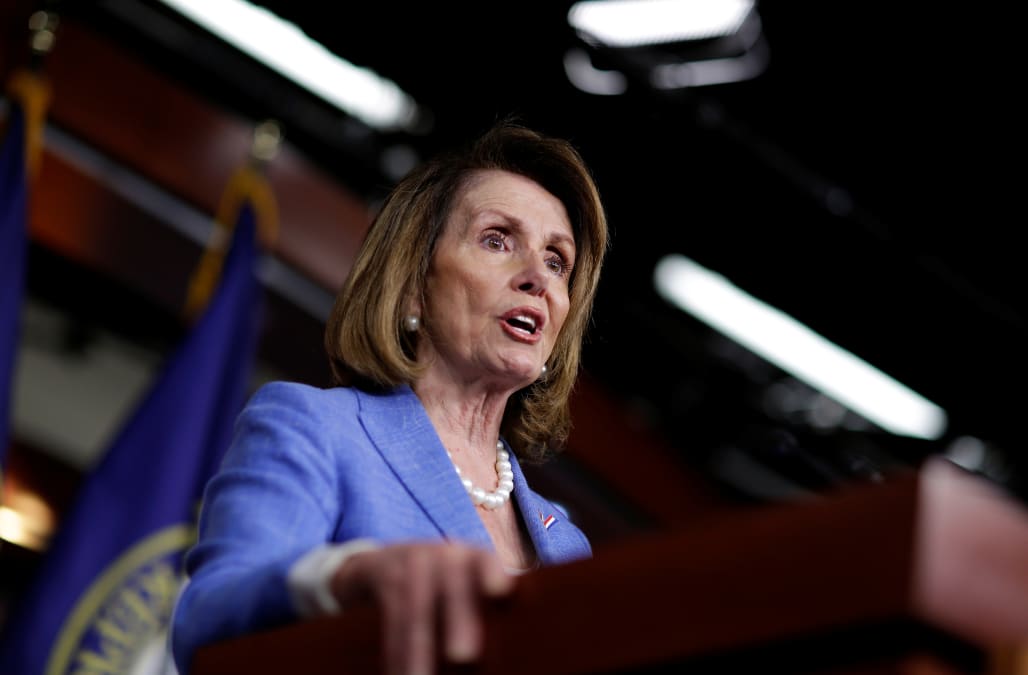 On NBC’s “Meet The Press,” Pelosi called Conyers “an icon in our country” who “has done a great deal to protect women” and deserves “due process.”

“Just because someone is accused — and was it one accusation? Is it two?” Pelosi, D-Calif., said. “The fact is, as John reviews his case, which he knows, which I don’t, I believe he will do the right thing.”

Last week, BuzzFeed revealed that in 2015, Conyers settled a sexual harassment and wrongful dismissal complaint with a woman who said she was fired the year before because she refused to provide sexual favors to him. Another former staffer of Conyers said she faced daily harassment from him in a separate, sealed lawsuit that she attempted to file this year. But the woman abandoned the effort after a judge refused to seal the suit. The House Ethics Committee has launched an investigation into the claims.

Conyers announced on Sunday he will step aside as a ranking member of the House Judiciary Committee while the Ethics Committee reviews the allegations.

.@NancyPelosi: Accused Congressman Conyers is an "icon" in our country. #MTPpic.twitter.com/4QlKKJTIJP

But Pelosi would not say whether Conyers should resign from his seat in Congress.

Pelosi was asked by “Meet The Press” host Chuck Todd whether she believes Conyers’ accusers?

“I don’t know who they are,” Pelosi said. “Do you? They have not really come forward.”

Shortly after her appearance on “Meet The Press,” Pelosi released a statement commending “the brave women coming forward.”

“Zero tolerance means consequences,” Pelosi’s statement said. “As a woman and mother of four daughters, I particularly take any accusation of sexual harassment very seriously. Any credible accusation must be reviewed by the Ethics Committee expeditiously. We are at a watershed moment on this issue, and no matter how great an individual’s legacy, it is not a license for harassment.”

When the House returns to work this week, Pelosi noted, all of its members will undergo “anti-harassment and antidiscrimination training.”

“We must ensure the Congress has a climate of dignity and respect with zero tolerance for sexual harassment,” she said.

Earlier Sunday, President Trump reiterated his tacit support for Roy Moore, the embattled Republican candidate for Alabama’s U.S. Senate seat, despite multiple allegations of sexual misconduct and assault against him.

The president blasted Moore’s Democratic opponent, Doug Jones, in a pair of tweets.

“The last thing we need in Alabama and the U.S. Senate is a Schumer/Pelosi puppet who is WEAK on Crime, WEAK on the Border, Bad for our Military and our great Vets, Bad for our 2nd Amendment, AND WANTS TO RAISES TAXES TO THE SKY,” Trump tweeted, tying Jones to Pelosi and Senate Minority Leader Chuck Schumer. “Jones would be a disaster!”