No one believes that Sarah Huckabee Sanders baked this pie 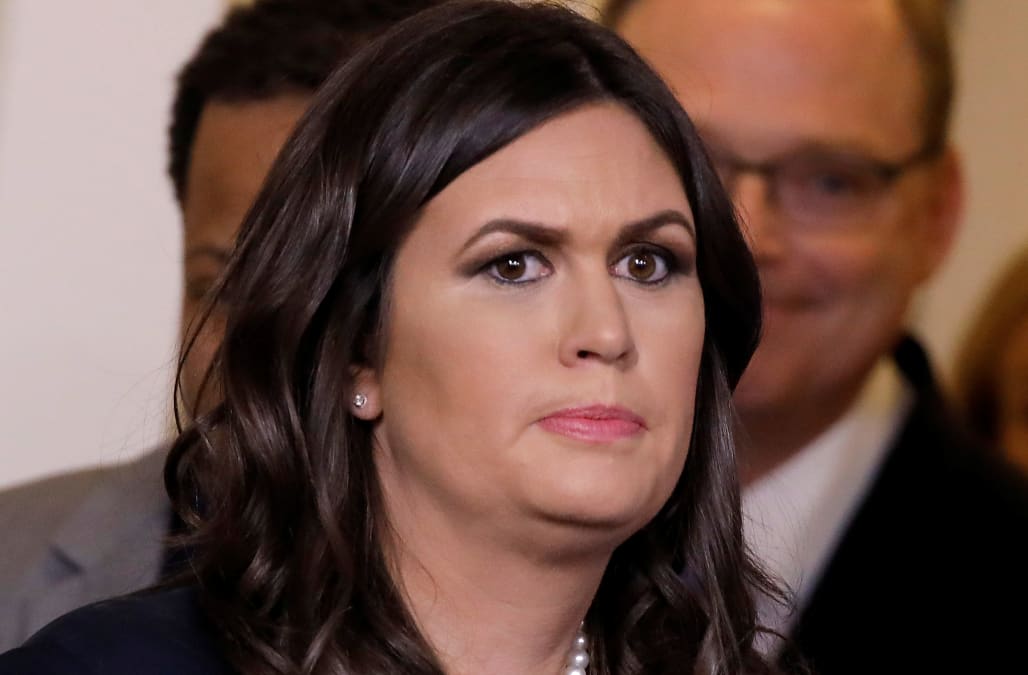 Sarah Huckabee Sanders tweeted a picture of a chocolate pecan pie set against a stark white background and claimed she baked the dessert herself, something a lot of people on Twitter are having a hard time believing.

Sanders admitted in her tweet that she doesn't cook often "these days," likely referring to her job as the White House Press Secretary, but many seem to think that she didn't cook on Thursday either.

"I don't cook much these days, but managed this Chocolate Pecan Pie for Thanksgiving at the family farm!" the tweet reads.

I️ dont cook much these days, but managed this Chocolate Pecan Pie for Thanksgiving at the family farm! pic.twitter.com/rO8nFxtly7

The alleged homemade dessert isn't the first holiday treat to spark pie-gate conspiracy theories. On Thanksgiving 2015, Khloe Kardashian's three pies were revealed as store-bought sweets by the actual baker herself. Kardashian's Instagram picture of the pies and other baked goods caught the chef's eye and ticked her off.

"When I saw the pies on her table I thought, 'She has to be kidding me,'" Sweet Lady Jane bakery owner Jane Lockhart told the Daily News.

And Sanders' critics seem to think she and Kardashian are one and the same.

Social media goes crazy over Sarah Sanders' pie tweet
White House press secretary Sarah Huckabee Sanders tweeted a picture of a pie on Thanksgiving, causing quite a stir over whether it was really baked by her or not...
I don't know why people keep saying this is a stock image when it's not. A simple google image search would have so… https://t.co/DC9epLy14Q
April Ryan CNN questions Sarah Sanders about a pecan pie. And CNN pays this woman a salary?
Sarah Sanders steals a picture of a pecan pie from PBS and claims that she baked it! She is emulating… https://t.co/CiB33xwaA4
What a coincidence... Sarah Sanders and I made the same pie... #LiesGiving https://t.co/uJzIRUVaMC
Show it to us on a table. https://t.co/ifeSBlSZW7
Apparently there is a new fight over whether Sarah Sanders really made a homemade pie? History may not look kindly… https://t.co/uOpMG07f0S
Leaving this here for full disclosure. I was fooled, don’t be. I did read the thread, before Tweeting to check. S… https://t.co/Bp200iNl4v
.@AprilDRyan’s charge that Sarah Sanders tweeted a fake Thanksgiving pie proves truth never takes a holiday https://t.co/XvGnnEQvcc
@AprilDRyan All these posts about Sarah Sanders and pie show how infantile the press has become
Up Next