'If it was my daughter, I'd break his face': Republican lawmaker and former Navy SEAL unleashes on Roy Moore 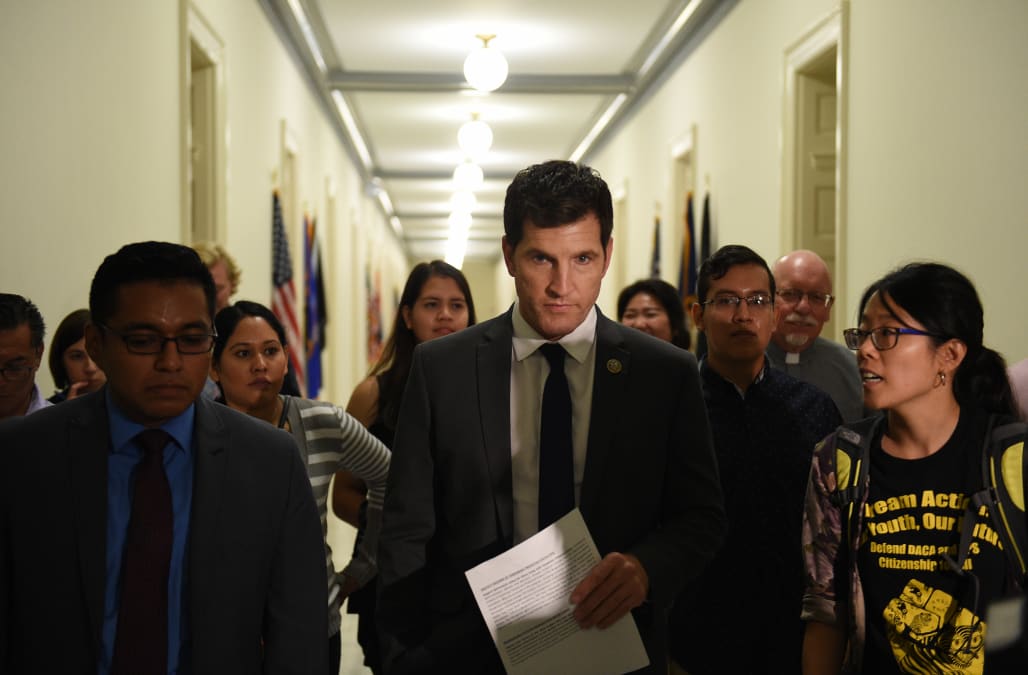 Republican Rep. Scott Taylor of Virginia said he didn't "feel comfortable" with the response from Roy Moore, the Republican nominee for a US Senate seat from Alabama, to a string of allegations of sexual misconduct against him, including that he initiated a sexual encounter with a 14-year-old girl in 1979, when he was 32.

Speaking to CNN's John Berman on Wednesday, Taylor, a former US Navy SEAL, expressed skepticism about Moore's denials of the allegations.

"All I know is what I've seen," Taylor said. "I saw the man give his interview. Me personally, I don't think it was sufficient enough."

Taylor continued: "The 14-year-old girl that was there, I can tell you right now if it was my daughter, I'd break his face, I'd break his fingers, and I'd probably do a lot worse."

Moore and his campaign have denied the allegations and floated theories that the accusers may have been politically motivated. Moore has also said he doesn't remember dating any young women without their mothers' permission.

Since a November 9 Washington Post report detailed allegations that Moore pursued relationships with teenage girls when he was in his 30s and working in a district attorney's office, several other women have come forward with similar stories.

President Donald Trump has hinted at his support for Moore, telling reporters on Tuesday, "We don't need a liberal person ... a Democrat" in that seat.

"He totally denies it," Trump added.

Trump had endorsed Sen. Luther Strange during the Republican Senate primary in Alabama, leaving many lawmakers wondering whether he would support Moore now.

"I think that the president has probably looked at raw politics, and the alternative, of course, would jeopardize his agenda in a very close Senate," Taylor said on Wednesday. "The people can have their feelings about that, whether he should do it or not ... but I certainly don't feel comfortable with [Moore's] explanation and everything that happened.

"I think you have to listen to the women," Taylor continued. "Clearly, this isn't an isolated case now."