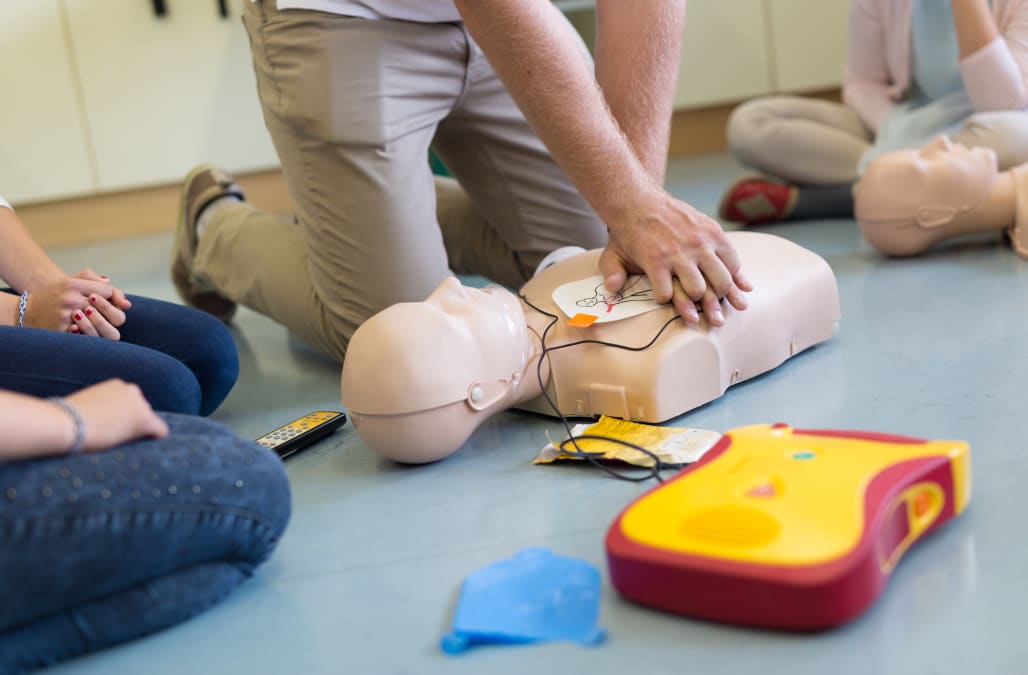 (Reuters Health) - Even though high schools in most U.S. states are required to offer training in cardiopulmonary resuscitation (CPR) to students, many do not, a new study suggests.

Nationwide, more than 350,000 people have a cardiac arrest outside of hospitals each year, researchers note in a report scheduled for publication online November 20 in the Journal of the American College of Cardiology. Patients’ survival odds improve when a bystander at the scene performs CPR, but only about 2.4% of Americans are trained in CPR each year.

To get more people trained, 39 states had passed legislation requiring CPR training in high schools as of September 2017. But when researchers surveyed administrators at schools in 32 states with mandatory CPR, only 77% of respondents said they provided this training.

“One major barrier for schools is the cost of CPR training,” said lead study author Dr. Lorrel Brown of the University of Louisville School of Medicine in Kentucky.

RELATED: 10 most common causes of death in the US

10 most common causes of death in the US

“High-quality mannequins are expensive and certified instructors are not always readily available,” Brown said by email. “The majority of states do not provide funding for CPR training, and therefore individual districts and schools are left to implement the requirement in their local context.”

For the study, researchers identified 32 states with CPR laws using the American Heart Association’s “CPR in Schools” website in June 2016. Maine was unintentionally omitted due to misidentification on the website.

Researchers worked with education officials in each state to email surveys on CPR programs to superintendents and school principals. A total of 424 of 25,694 eligible high schools participated.

Most schools that offered training had a CPR-certified teacher or coach do the lessons, but 11% had instructors who were not certified in CPR, the study found.

But only 63% of schools trained their students to use automated external defibrillators (AEDs), which are commonly available in public places like restaurants and airports.

The study wasn’t a controlled experiment designed to prove whether or how state CPR training laws influence the proportion of people in the community who know CPR or actually use it in an emergency.

“Schools are low-hanging fruit from a public training standpoint,” Dr. Christopher Fordyce of the University of British Columbia, who wasn’t involved in the study, said in an email. “They not only provide an opportunity for large-scale, mass training, but they theoretically straddle socioeconomic barriers and reach a wide demographic.”

“The take-home message for parents is to make sure that their kids and they themselves have been trained in how to recognize cardiac arrest, perform CPR and apply an AED before the arrival of EMS providers on the scene,” Nichol, who wasn’t involved in the study, said by email.

Even without formal CPR training, people can learn the basics, Brown said.

“Press hard and fast in the center of the chest to the beat of the song `Stayin’ Alive’ or the Darth Vader theme song, `Imperial Death March,’” Brown advised. Instruction videos are on Brown’s website: https://www.alivein5.org/

“We as a CPR community are still searching for and investigating the best method of CPR training that is effective and efficient,” Brown said. “But any training is better than no training.”

A new study has found that adding just four teaspoons of olive oil could cut heart attack risk in adults after just six weeks. Read on to learn more about the research.

For the study, researchers added just four teaspoons of olive oil to the diet of healthy adults. Four teaspoons is roughly how much olive oil is used in a salad dressing or for dunking bread in olive oil at dinner.

The researchers used a new diagnostic technology to study the impact of the olive oil on the subjects by testing their urine. Scientists can use urine to detect signs of coronary artery disease, chronic kidney disease and diabetes.

The scientists found that signs of heart disease in the urine began to lessen in only six weeks.

The researchers are optimistic that this kind of technology could lead to earlier detection of all sorts of disorders. "If we are able to identify the early signatures of diseases before they have had a chance to take hold we can start to treat them before they become a problem requiring costly medical intervention," explained Dr. Bill Mullen, of the Institute of Cardiovascular & Medical Sciences. "It is the first time this technique has been applied from a nutritional perspective to try to get to the bottom of which food or what ingredient is truly responsible for health benefits."

More from Aol.com:
Baby boy is first marijuana overdose death, doctors claim
U.S. Army medic charged with rape and murder of his 9-month-old daughter
A now-suspended teacher says he failed kids who didn’t stand for the Pledge of Allegiance, and he’s not sorry