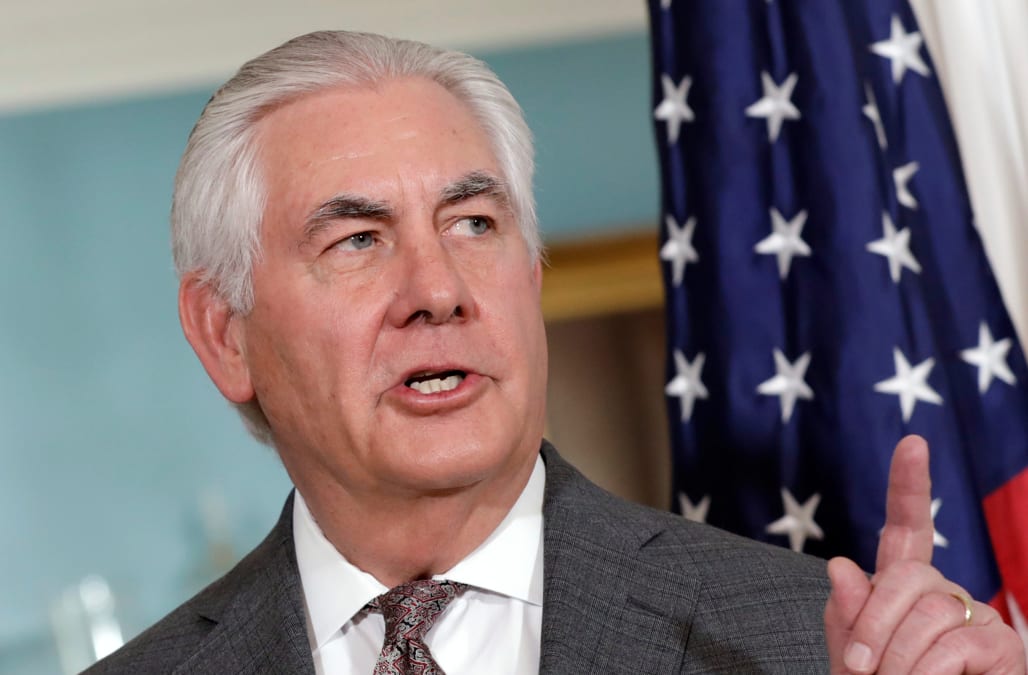 He said it was a day to honor the memory of "many transgender individuals who have lost their lives to acts of violence," carried out by officials undermining the law in many parts of the world.

Tillerson added that attacks on members of the LGBTQ community are on the rise in many parts of the world, noting, "Transgender persons should not be subjected to violence or discrimination."

President Trump has faced backlash since he signed a memo to ban transgender individuals from the military and to strip funding for gender-reassignment surgeries in August.

But that ban may not be enforceable because it was blocked by a federal judge in October.