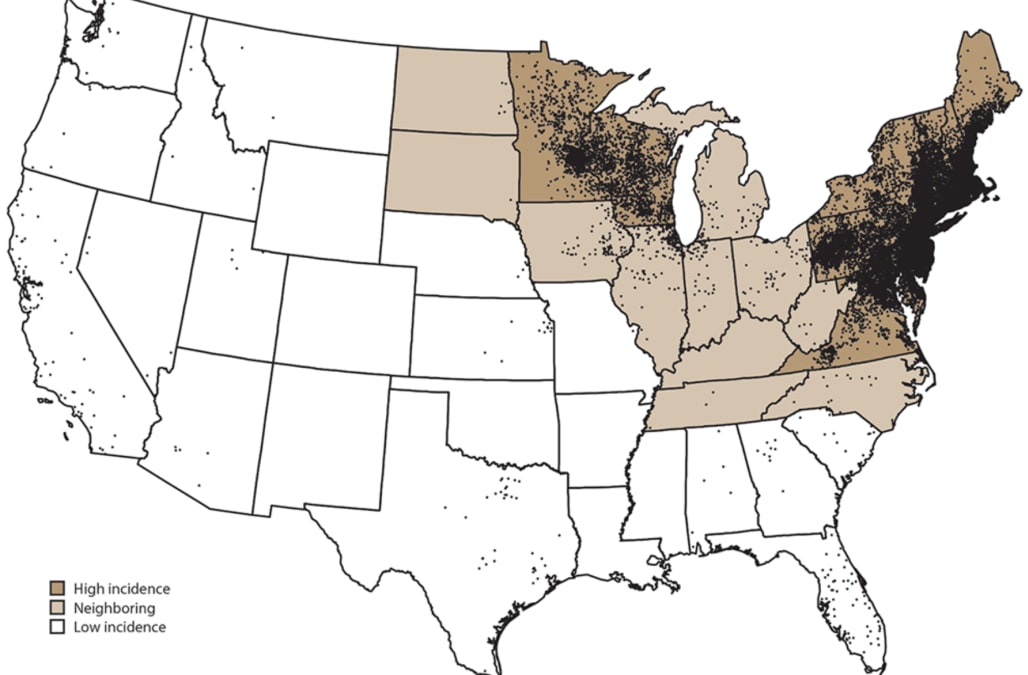 A new report by the Centers for Disease Control and Prevention sheds light on the expansion of Lyme disease cases in the United States.

The report suggests that the infectious disease -- which was once thought to be confined to the Northeast of the U.S. -- has established a much larger foothold in recent years.

The report found more than a quarter million likely cases of Lyme disease, and most states with high incidence rates were in the Northeast, mid-Atlantic, and upper Midwest regions -- with relatively stable numbers. However, the report also warns that neighboring states are seeing increased reports.

“As Lyme disease emerges in neighboring states [Illinois, Indiana, Iowa, Kentucky, Michigan, North Carolina, North Dakota, Ohio, South Dakota, Tennessee, and West Virginia], clinical suspicion of Lyme disease in a patient should be based on local experience rather than incidence cutoffs used for surveillance purposes,” the report says, in light of the trend.

Lyme disease is a tick-borne infection, and typical symptoms after a bite from an infected tick can include fever, chills, fatigue and muscle aches. Others can experience a rash or Bell’s palsy.

Symptoms of lyme disease
The pathognomonic erythematous rash in the pattern of a bullseye, which manifested at the site of a tick bite on a woman's posterior right upper arm.
Fatigue
Knee pain
Headache
Fever
Neck pain
Night sweats
Joint pain
Difficulty sleeping
Chills
Up Next

Patients who catch and treat the disease early can typically expect to fully recover, but for those who don't -- symptoms can spread and worsen, impacting the joints, the heart and even the nervous system.

The culprit is the expansion of the black-legged tick, often also known as a deer or bear tick, which has been spotted as far north as Canada and as far south as Florida in the eastern part of North America, according to the CDC.