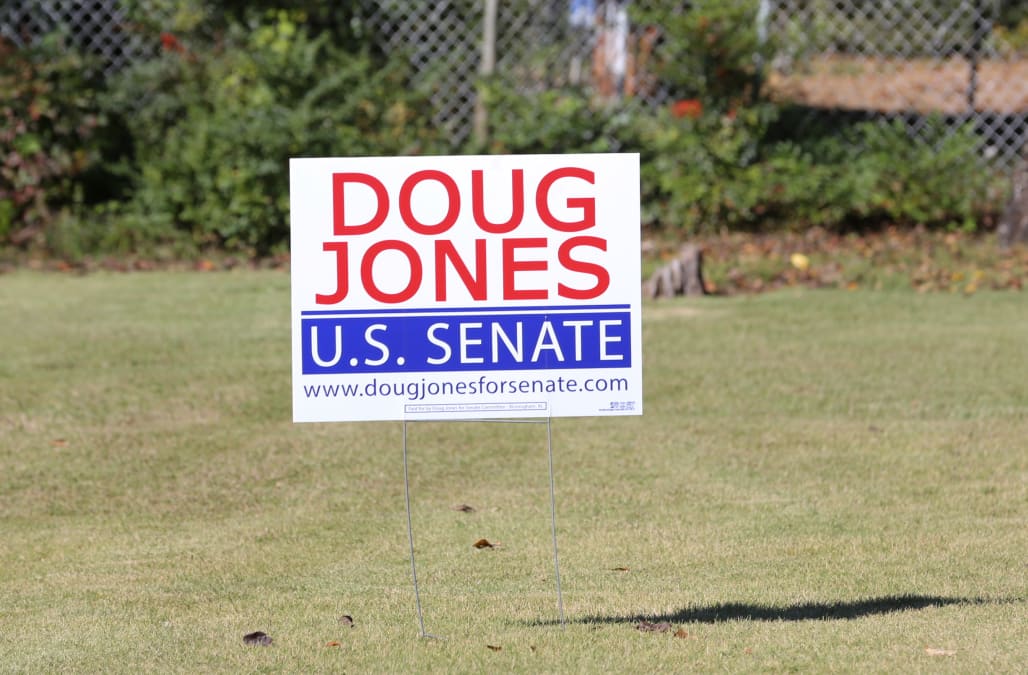 WASHINGTON — The Roy Moore scandal has unleashed a torrent of online donations to Democrat Doug Jones, who was collecting around $250,000 per day in its immediate aftermath, according to two sources familiar with the matter who spoke to NBC News on condition of anonymity.

Democrats may end up in the unlikely situation of dramatically outspending the GOP in the Senate contest in deep red Alabama now that national Republicans have abandoned Moore. The Republican candidate's bank account had been depleted by a tough primary battle even before nine women came forward to accuse of him of sexual impropriety.

The scandal has super-charged Jones' already robust online fundraising to "Ossoff-level money," as one Democrat put it, referring to failed Democratic congressional candidate Jon Ossoff, who amassed a staggering $30 million in a Georgia special election this year.

Unlike Ossoff, however, who was matched by an equally massive amount of GOP money, Jones' spending may go unanswered by pro-Moore forces through the Dec. 12 election.

Jones has kept national Democrats at arm's length, and skipped a Washington fundraiser this week. But that hasn’t stopped him from quietly enjoying the fruits of Democratic stars' prodigious email fundraising lists.

Sen. Chris Murphy of Connecticut raised more than $135,000 for Jones, according to an aide, while the liberal blog Daily Kos raked in nearly $138,000 for Jones since endorsing him just before the before The Washington Post published the first allegations against Moore.

Sens. Elizabeth Warren of Massachusetts, Kamala Harris of California and Tim Kaine of Virginia, among others, also recently tapped their online donors on Jones' behalf.

Jones' campaign did not specifically address its post-scandal fundraising. But in a statement, campaign chairman Giles Perkins said, "We have seen a pickup in fundraising since Roy Moore was nominated and Alabama's choice became clear."

Moore started October with roughly half as much money in the bank as Jones, according to the most recent campaign finance disclosures available, and the cavalry most likely isn’t riding to his rescue.

The Republican National Committee and the GOP's Senate arm have severed ties with the Moore campaign, while an obscure super PAC, The Solution Fund, is the only group to spend any outside money on Moore’s behalf since the scandal broke, according to daily FEC data, which shows the fund spent just $26,000.

Jones had the TV airways all to himself for four weeks before Moore went up with his first ad, giving the Democrat a whopping 11-1 spending advantage on the airwaves, according to data from Advertising Analytics.

Of course, Jones, a first-time candidate in a state with weak Democrat infrastructure, will need all the money he can get to make up for the myriad of other disadvantages he faces.