These are the sexual assault allegations against Bill Clinton 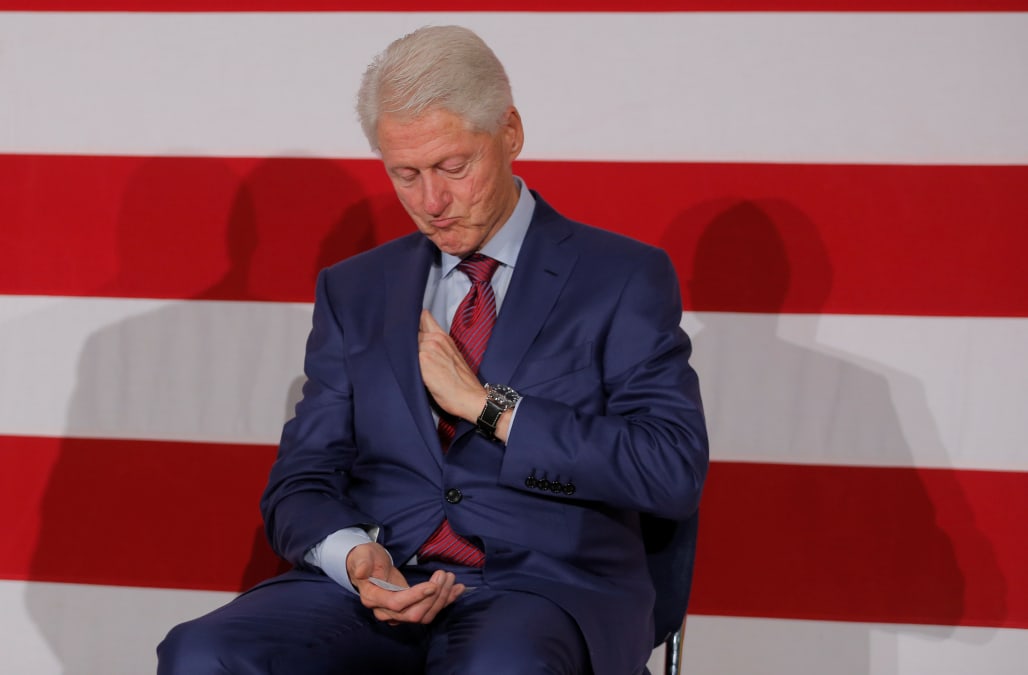 President Bill Clinton's decision to lie under oath about his consensual affair with White House intern Monica Lewinsky almost forced him from the presidency.

As a national spotlight is being shined on sexual assault and harassment following a flood of accusations of misconduct against dozens of prominent men in Hollywood, the media, and politics, Democrats and others on the left are beginning to reexamine their response to Clinton's alleged misdeeds.

RELATED: Bill Clinton through the years

"Everybody in the mainstream press is calling all of Bill Clinton's crimes infidelities," Kathleen Willey, one of the women who has accused Clinton of harassment, told Fox News host Sean Hannity in October 2016. "Rape, sexual assault, and sexual harassment are not infidelities. They are crimes and they are misdemeanors."

Here are the allegations of sexual assault and harassment against him:

Juanita Broaddrick has made the most serious allegations against Clinton, accusing him of raping her in 1978 while Clinton was Arkansas' Attorney General.

Broaddrick, then a 35-year-old nursing-home administrator, met Clinton when he visited her nursing home on a campaign stop. After Clinton asked to meet with her on her next trip to Little Rock, the two set up a meeting in a hotel coffee shop.

When Clinton arrived at the hotel, he asked to meet in Broaddrick's room instead and after he arrived, allegedly proceeded to violently rape her. Broaddrick alleges he bloodied her lip by biting it.

"There was no remorse," Broaddrick told BuzzFeed News last year. "He acted like it was an everyday occurrence. He was not the least bit apologetic. It was just unreal."

A friend of Broaddrick's said she found her after the alleged attack and corroborated her story. Several others said Broaddrick told them about the rape at the time.

Kathleen Willey alleged that Clinton kissed her, fondled her breasts, and forced her to touch his crotch during a meeting in the Oval Office in 1993, while Willey was a volunteer in the White House correspondence office.

Willey made her allegations public in 1998 and Clinton "emphatically" denied that the interaction was sexual, arguing that he hugged Willey and may have kissed her on the forehead.

Willey says that she was "friends" with Clinton and confided in him during the meeting that she and her husband were having financial troubles. She asked him for a promotion from her volunteer position to a paying job and says that Clinton was sympathetic and asked to talk with her in a small room off of the Oval Office. While talking in that room, Willey says Clinton cornered and assaulted her.

"My mind was racing and I thought, 'Should I slap him? Or should I kick him? Or knee him?'" Willey recalled thinking at the time during an October 2016 interview with Fox host Sean Hannity. "What do I do? Scream? Is the Secret Service gonna come in and descend upon me with guns?"

Former Arkansas state employee Paula Jones alleged that in 1991 she was approached by state police and told that Clinton, then the governor, wanted to meet with her. The policeman escorted Jones to Clinton's hotel room in Little Rock, where he propositioned her for sex and exposed his genitals to her.

"He sat down, pulled down his pants, his whole everything and he was exposed and I said, 'I'm not that kind of girl, and I need to be getting back to my desk,'" Jones recalls. "He said, 'You're a smart girl, let's keep this between ourselves.'"

Jones made her allegations public in 1994 and sued Clinton for sexual harassment. A federal judge dismissed the lawsuit in 1998, on the grounds that Jones didn't prove that she was harmed, either personally or in her career, by the incident, and Jones appealed the ruling.

Clinton ultimately paid Jones $850,000 as part of an out-of-court settlement agreement, but did not admit guilt or apologize to Jones.

Leslie Millwee, a former television reporter, came forward publicly for the first time in October 2016 to accuse Clinton of sexually assaulting her in 1980.

Millwee alleges that Clinton, then the governor of Arkansas, groped her on several occasions at the now defunct TV station she worked at in Arkansas.

"He followed me into an editing room," Millwee told Breitbart News in an October 2016 interview. "It was very small. There was a chair. I was sitting in a chair. He came up behind me and started rubbing my shoulders and running his hands down toward my breasts. And I was just stunned. I froze. I asked him to stop. He laughed."

She said of the second alleged incident: "He came in behind me. Started hunching me to the point that he had an orgasm. He's trying to touch my breasts. And I'm just sitting there very stiffly, just waiting for him to leave me alone. And I'm asking him the whole time, 'Please do not do this. Do not touch me. Do not hunch me. I do not want this.'"

The third time, she says she wasn't aware he was in the building when he found her in the editing room.

Millwee says she did not report it to authorities because he was the governor of Arkansas at the time and she worried about what would happen if she came forward.

SEE ALSO: Democrats are reckoning with the sexual assault allegations against Bill Clinton in light of the #MeToo movement