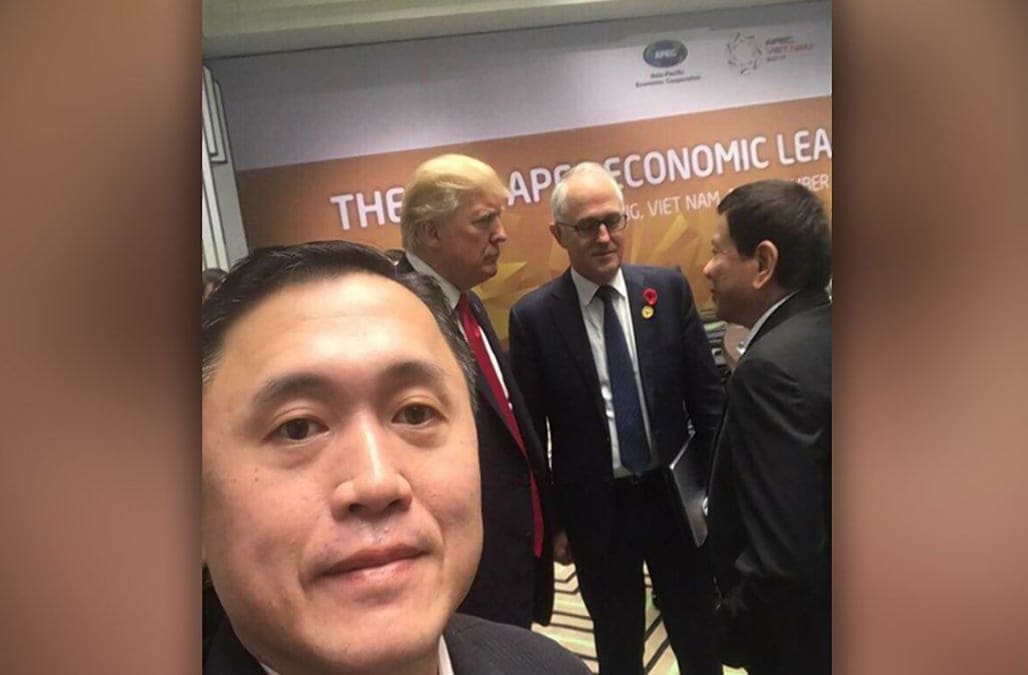 Bong Go down in history.

A multitude of world leaders were assembled in Manila this week to talk trade and other matters, but one aide took the opportunity to snap a slew of selfies.

During the meeting of the Association of Southeast Asian Nations, Philippine President Rodrigo Duterte's special assistant Christopher Lawrence Go, aka "Bong Go," found some internet fame by adding to his image collection with some candid over-the-shoulder shots of President Trump talking to his boss, as well as prized photos of himself side-by-side with the former game show host in addition to Shinzo Abe of Japan, Moon Jae-in of South Korea and Dmitry Medvedev of Russia, the Washington Post reports.

Perhaps most excited to see him was Canadian Prime Minister Justin Trudeau, who threw an arm around Go and even held the smartphone.

Duterte's presidential spokesperson Harry Roque also got in on the photo action, posing for traditional photos alongside such international personas as extremely trustworthy person Vladimir Putin and U.S. Secretary of State Rex Tillerson.

When he's not providing a hand to his admitted murderer of a president, Go is well-known among Filipinos for his ability to sidle up next to celebrities to snag a selfie — the reputation earning him the title of "national photobomber."

Here are just a few more of Roque and Go's photos from the ASEAN summit.