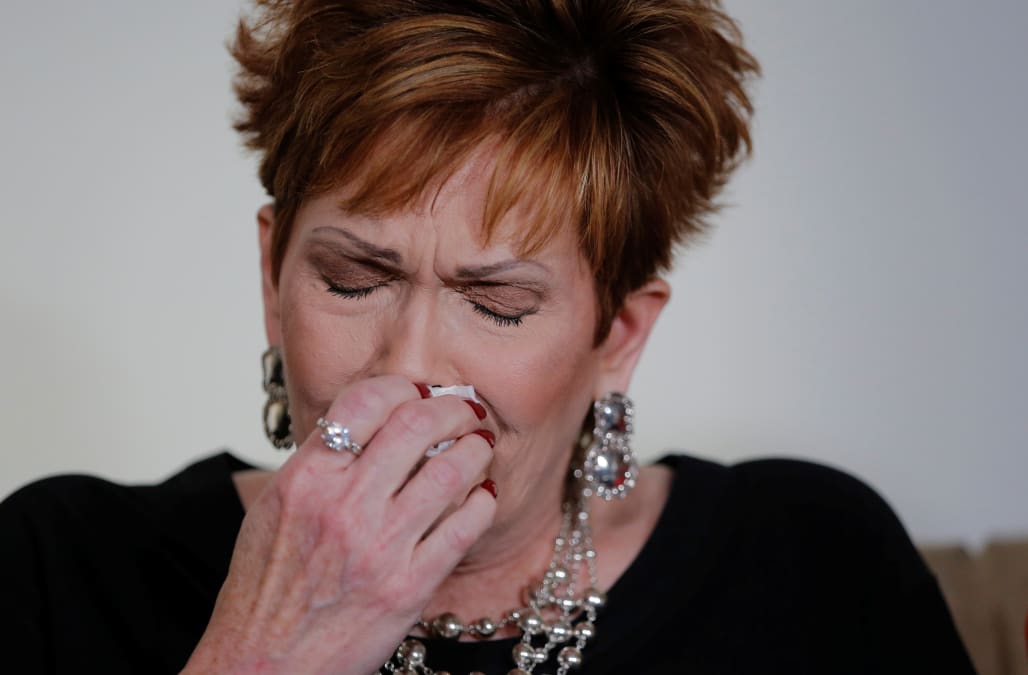 Beverly Young Nelson said that Roy Moore, who is running for US Senate in Alabama, sexually assaulted her when she was 16 years old.

Nelson said she got to know Moore when she was working as a waitress at the Old Hickory House restaurant in Alabama when he was the District Attorney of Etowah County.

She said Moore, then in his 30s, was a regular at the restaurant and often complimented her on her looks and would sometimes touch her long hair as she walked past his seat at the counter. One day, Moore offered Nelson a ride home after her shift ended at 10 pm.

RELATED: Women accusing Roy Moore of sexual assault when they were young

Nelson accepted the offer and said that he drove around to the back of the restaurant and assaulted her in his car in a dark corner of the parking lot.

"Instead of driving to the street, he stopped the car and he parked his car in between the dumpster in the back of the restaurant where there were no lines. The area was dark and it was deserted. I was alarmed and I immediately asked him what he was doing," Nelson recounted in a press conference with her attorney on Monday afternoon.

"Instead of answering my question, Mr. Moore reached over and began groping me, putting his hands on my breasts. I tried to open my car door to leave but he reached over and locked it so I could not get out," Nelson continued. "I tried to fight him off and yelled at him to stop, but instead of stopping he started squeezing my neck attempting to force my head onto his crotch."

Nelson said she feared Moore was going to try to rape her and she began crying as he assaulted her.

"I was not going to allow him to force me to have sex with him," Nelson said. "I was terrified. I thought he was going to rape me. At some point, he gave up and he looked at me and he told me, 'You're just a child,' and he said, 'I am the District Attorney and if you tell anyone about this, no one will ever believe you.'"

Nelson recounted that after this she either fell out of the car or he pushed her out, driving away as she lay on the ground of the parking lot.

"The passenger door was still open as he burned rubber pulling away as he left me laying there on the cold concrete," she said.

Moore signed Nelson's high school yearbook when she worked at the restaurant, before the alleged assault occurred. Nelson showed the yearbook at the press conference with lawyer Gloria Allred, who is representing her.

"To a sweeter more beautiful girl I could not say 'Merry Christmas,'" Moore wrote in 1977, signing off, "Love, Roy Moore, D.A."

Ms. Nelson's printed statement includes a picture of Moore's note in her yearbook...

Allred, who has represented dozens of high-file victims of alleged sexual misconduct including one of President Donald Trump's accusers, told reporters that the fact that she is a Democrat had nothing to do with her decision to represent Nelson.

Nelson, who voted for Trump in the 2016 presidential election, also said that politics has nothing to do with her decision to make her allegations public.

"This has nothing to do whatsoever with the Republicans or the Democrats," she said. "It has everything to do with Mr. Moore's sexual assault when I was a teenager."

Moore's campaign has been in turmoil since The Washington Post published a report on Thursday detailing allegations of sexual misconduct against him. One woman claimed that Moore initiated a sexual encounter with her when she was 14 and he was 32.

Several other women told The Post that Moore had pursued romantic relationships with them while he was in his 30s and they were between the ages of 16 and 19. The age of consent in Alabama is 16.

NOW WATCH: A billionaire spent $10 million on an ad calling for Trump's impeachment