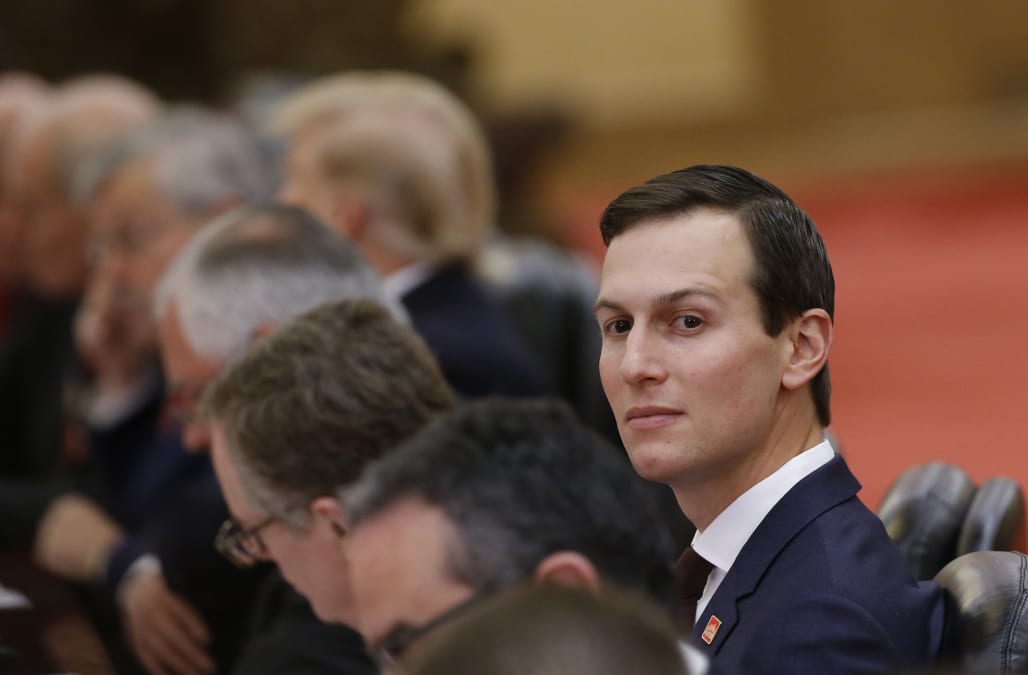 Citing people familiar with the matter, the report said that the meeting, held earlier this year, took place after Kushner was displeased with the network's coverage during the election cycle.

Ginsberg reportedly replied to Kushner that Time Warner, CNN's parent company, would not be able to do that, sources told The Journal.

The Journal continued that, according to a White House official, Kushner was merely making a point, and did not mean to be taken seriously.

Kushner reportedly filed complaints to CNN executives on a regular basis during the campaign, and was particularly displeased with its fact-checking, which, according to The Journal, prompted Kushner to call CNN president Jeff Zucker to say that members of the Trump campaign would not appear on the network.

The icy relationship between the network and campaign became apparent on the campaign trail, as Trump began criticizing the mainstream media and accused CNN of peddling "fake news." Behind the scenes, CNN executives appeared to meet with Kushner in order to develop ties with the campaign and provide news coverage, the Journal reported.

News of Kushner's remarks come amid AT&T's plans for a $84.5 billion merger with Time Warner.

But AT&T CEO Randall Stephenson said that the Justice Department never asked his company to divest from CNN in order to acquire Time Warner.

"I have never been told that the price of getting the deal done was selling CNN, period," Stephenson said at a conference Thursday. "And likewise I have never offered to sell CNN. There is absolutely no intention that we would ever sell CNN."