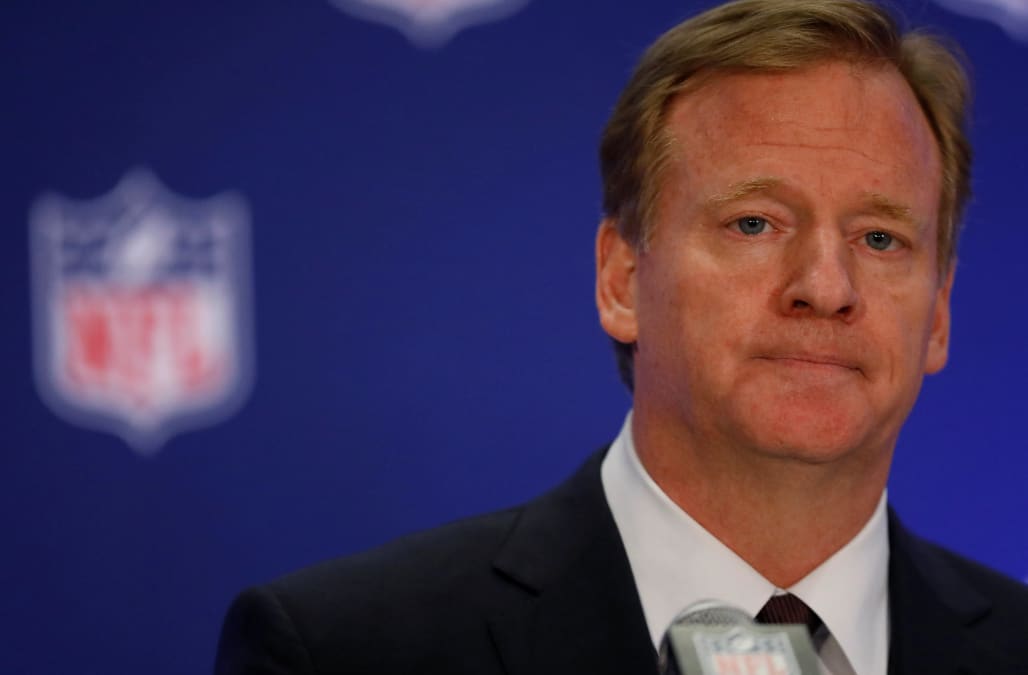 NFL commissioner Roger Goodell is reportedly "furious" over potential changes to his next contract with the league.

According to ESPN's Seth Wickersham and Don Van Natta Jr., Jerry Jones and other NFL owners have been adamant that Goodell's next contract have less guaranteed money and be more focused on performance-based compensation.

"He feels as if the owners have made a lot of money and he should be compensated accordingly," a source told ESPN. "The incentives thing really angers him."

Tensions were already high around league offices regarding Goodell's next deal, as Cowboys owner Jerry Jones reportedly threatened a lawsuit against the league and some team owners in order to have a bigger say in the commissioner's next contract.

It appears that other owners are also frustrated with Goodell, with issues like ongoing player protests and dwindling television ratings. However, there are also seemingly enough owner for the two-thirds vote needed to approve Goodell's contract.

Since 2006, Goodell has made more than $212 million in salary as de facto head of the NFL, more money than any American athlete other than Alex Rodriguez and Kobe Bryant.

NOW WATCH: I ate exactly like Tom Brady for a week and it made me feel better