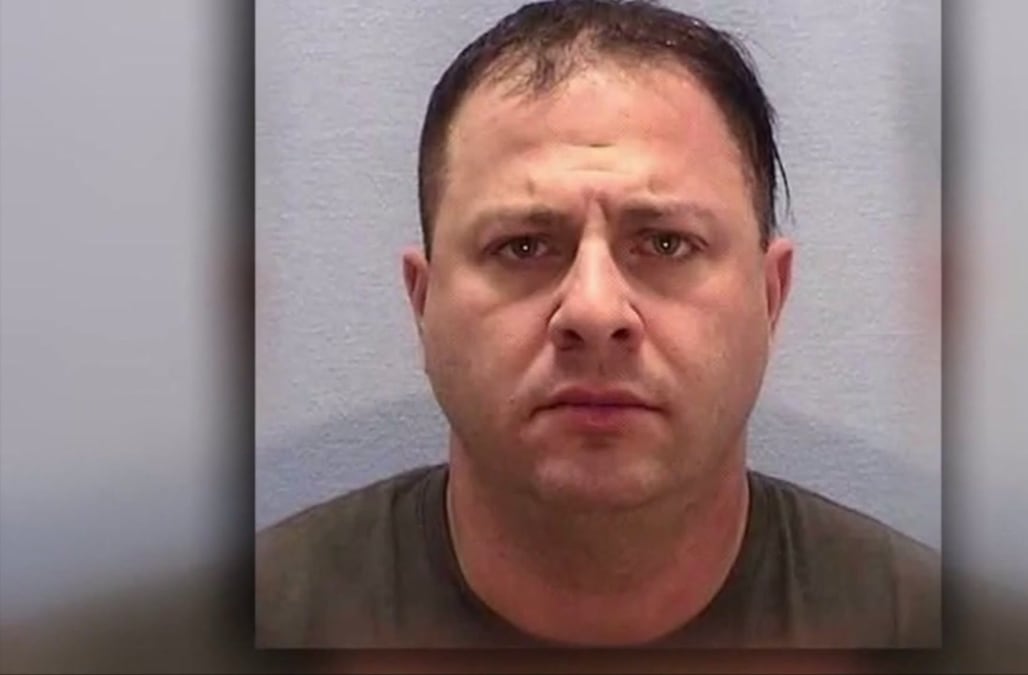 According to police, on Monday morning, November 6th, Forncrook decided to take his online flirtations with a 12-year-old girl a step further, driving from his Pewaukee home to Newark, Ohio. He's accused of kidnapping the girl Monday afternoon. Her parents reported her missing after she went on a bike ride and didn't return. They later discovered she'd been talking to Forncrook on social media, and planning to meet him.

High-profile kidnapping cases through the years

Elizabeth Smart was kidnapped from her bedroom in Salt Lake City, Utah in 2002 when she was 14. She was found nine months later after she was recognized while out in public with her captors. Brian David Mitchell was convicted of kidnapping and raping Smart and was sentenced to life in prison in 2011. Mitchell's estranged wife, Wanda Barzee, admitted to her role in the kidnapping and was sentenced to 15 years in prison.

Phillip and Nancy Garrido abducted Jaycee Lee Dugard in 1991 near Lake Tahoe when she was 11 and held her captive for 18 years. Dugard was forced to live in tents and sheds behind Garrido's home in California. She was found in 2009 after Garrido brought her to his parole meeting and investigators became suspicious. Phillip Garrido reportedly raped her for years and fathered two children with her. Phillip was sentenced to 431 years to life in prison and his wife was sentenced to 36 years to life.

Charles Lindbergh Jr., the son of the American aviator, was kidnapped from his home in March 1932. A ladder was used to climb up to the baby's bedroom and a ransom note was left behind. The infant's body was later discovered near the Lindbergh's mansion in New Jersey. Bruno Richard Hauptmann was convicted of murder and was later executed by electric chair.

3-year-old Caylee Anthony was last seen alive on June 16, 2008. She wasn't reported missing until a month later when her mother, Casey Anthony, told investigators that a babysitter kidnapped her. The young girl's remains were found in a wooded-area in December 2008. Casey Anthony stood trial for her daughter's murder but was acquitted.

Natascha Kampusch vanished when she was 10-years-old in 1998 while walking to school. The woman broke free on August 23, 2006, after living for eight years in a small basement area under a garage next to the suspected kidnappers house in Strasshof, 15 miles outside of the capital Vienna. The suspect, Wolfgang Priklopil committed suicide after Kampusch managed to escape.

Carlina White, seen here as a baby and adult, was kidnapped from Harlem Hospital in 1987. As she grew up she began to question if the woman who was raising her was actually her mother. After doing some research she discovered a picture of herself when she was an infant on the National Center for Missing and Exploited Children website and was eventually reunited with her family 23 years later. The woman who abducted her, Ann Pettway, was sentenced to 12 years in prison.

8-year-old Relisha Rudd disappeared on March 1, 2014. She was last seen spending time with the janitor of the homeless shelter where she stayed with her mother. That man, Kahlil Tatum later killed himself but Relisha has never been found.

Police arrested him at a hotel early Tuesday morning.

Parents and children in Newark said they're concerned and disturbed by what happened.

"Personally, I would never meet someone that I don't know, off the internet," one person said.

"It's down to parenting, trusting your kids, knowing that they're going to make the good choices," a parent said.

Forncrook is being held in an Ohio jail on charges of kidnapping and gross sexual imposition. He'll appear in court Wednesday when more charges are expected to be filed.

More from Aol.com:
Florida executes Patrick Hannon for brutal 1991 double-murder
Report: U.S. soldier slain in Niger may have been kidnapped by Islamic fighters
Newly revealed security footage shows Sherri Papini on the morning she was rescued