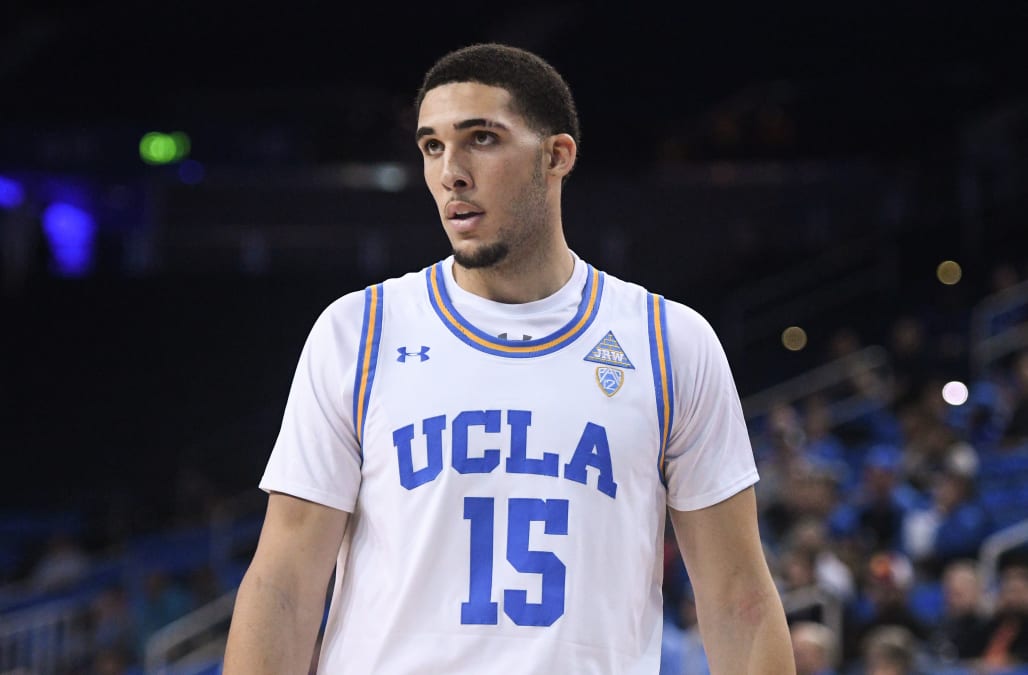 If standard practices are applied, the three UCLA basketball players – including LiAngelo Ball – arrested Tuesday in mainland China under suspicion of shoplifting face between three and 10 years in prison if convicted, according to Chinese lawyers who briefed Yahoo Sports on the applicable laws. The sentencing guidelines could shift depending on the amount that the Chinese could prove was allegedly stolen.

Authorities believe the players shoplifted from a Louis Vuitton store near the UCLA team hotel outside of Shanghai. The Bruins are in China to play Georgia Tech on Saturday in the season opener. The players were arrested Tuesday after local law enforcement came to the team hotel and questioned both UCLA and Georgia Tech players before taking the three away. ESPN first reported the arrests.

What they face now bears little resemblance to the legal system of the United States. The three men could be detained for more than a month without American-style bail before local prosecutors even decide whether to press charges, according to William Nee, a Hong Kong-based researcher of the Chinese court system for Amnesty International.

Nee said it is not uncommon for a defendant to wait 30-37 days before being officially indicted. Among those indicted, Chinese prosecutors enjoy a 99.2 percent conviction rate, according to Nee’s research.

While it is unknown exactly what the players are being detained for, Chinese law calls for a fine and between three to 10 years in prison for anyone convicted of “robbing public or private property using force, coercion, or other methods.” The case could also be dropped to the lower “administration violation” rather than robbery, which would lessen any potential penalty including prison time, according to Jeremy Daum, an attorney and research fellow at Yale Law School’s Paul Tsai China Center based in Beijing.

Nee added that the United States consulate working with local attorneys may be able to get a resolution to their case sooner, although nothing is certain under the Chinese system.

“I would say they could be in quite a bit of trouble if they have solid proof that they shoplifted,” Nee told Yahoo Sports. “However, part of it will depend on whether their lawyers, the university, or the U.S. consulate can advocate and negotiate on their behalf.”

However, Wen Yu, an attorney based in Guangzhou in Southern China, told Yahoo Sports that if “police have some solid evidence like CCTV video and/or the stolen good discovered from their hotel rooms,” then options may be limited. “The Shanghai consulate can work on this but if the evidence is sound, there is not much for them to do.

“The police will be very careful to handle this case at such a sensitive time,” Wen Yu continued. “Without instructions from above, they will not let the students out easily because the authorities want to prove foreigners are treated equally here.”

Daum added that it would help the players if they do not fight the charges.

“Returning the goods, expressing remorse, admitting guilt and accepting fault and punishment can all reduce the sentence; and with a first-time offense will be important mitigating factors,” Daum said. “I suspect that there are political calculations involved here as well, yes, and the embassy can pursue diplomatic channels.”

Ball is a UCLA freshman from Chino Hills, California, and is the younger brother of Los Angeles Lakers rookie Lonzo Ball. He is also the son of outspoken father and basketball sneaker entrepreneur LaVar Ball. The other two players are freshmen Cody Riley, of Kansas City, Kansas, and Jalen Hill, of Corona, California, according to a source.

“We are aware of a situation involving UCLA student-athletes in Hangzhou, China,” UCLA said in a statement. “The University is cooperating fully with local authorities on this matter.”

Nee, who is based in Hong Kong, researched and authored a groundbreaking Amnesty International report on the Chinese system, notably coercion and forced confessions. In general, Nee said a defendant could be held in detention for weeks before prosecutors decide to press or drop charges.

“In most criminal cases that I know of, it’s very rare [or] unheard of for people to get American-style bail,” Nee said. “I doubt it’ll be likely that they’ll be released until they either are sentenced or fined, or whatever the punishment may be.”

Another United States-based lawyer with experience working criminal and civil courts in China agreed with Nee’s assessment and said it will take a concerted effort from the U.S. government to get them out of detention or have the charges/punishment relaxed. He spoke to Yahoo on background and on an unnamed basis because he didn’t want to be quoted speaking about the Chinese government.

Among the other factors will be how the players react to their detainment. Officials from the U.S. government will likely be able to visit with them and counsel them.

Then there is the specter of LaVar Ball, who could become a concern, according to a source familiar with UCLA’s thinking. LiAngelo is the middle of the three Ball brothers, who LaVar has built the Big Baller Brand shoe and apparel company on, as well as a reality television show. LiAngelo was seen on the reality show driving a Ferrari. LaVar is in China with the team and scheduled a press conference in Shanghai at one point Wednesday before canceling it.

“LaVar is going to be a wild card, no one knows what he is going to do,” the source said. “Will he rail at the Chinese government? Will he rail on UCLA? Or just say, ‘My kid is an idiot’?”

Wen Yu, the attorney, said one thing that could save the UCLA players is presidential leverage.

Donald Trump is scheduled to visit China later this week. Trump begging the Chinese president to spring LaVar Ball’s son out of a Shanghai jail? How very 2017.

More from Yahoo Sports:
College basketball in state of emergency before season even starts
Cop by day, football analyst by night
Source: Indictments expected next week in college hoops scandal