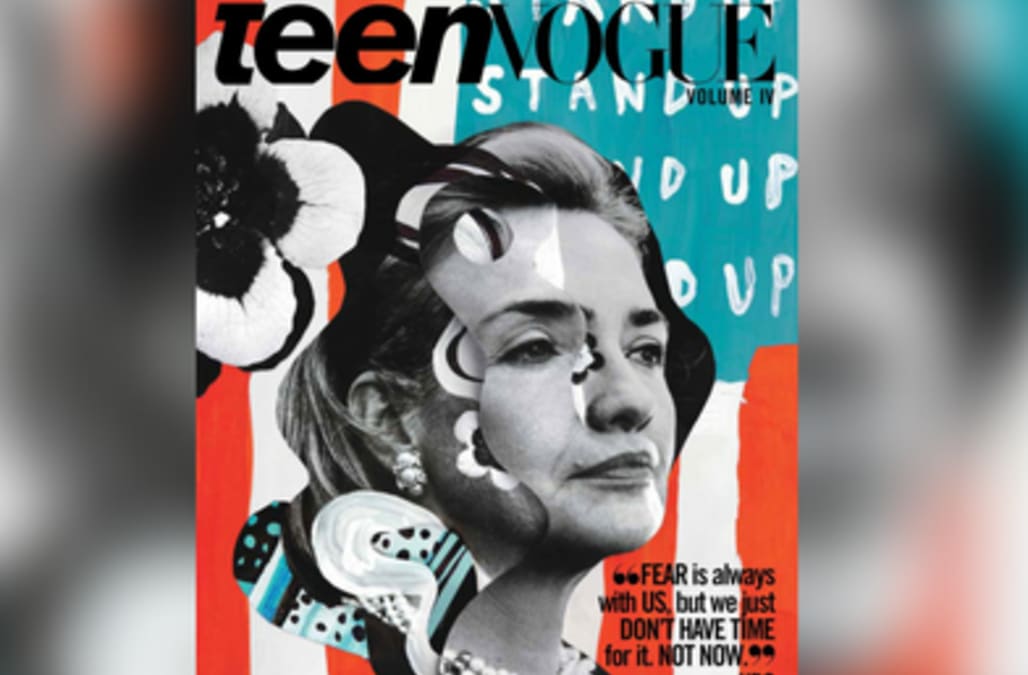 Before ending its print edition, Teen Vogue got in one last dream editor under the wire. Hillary Clinton guest-edited the latest issue of the magazine, set to hit newsstands Dec. 5.

Today, we're announcing a very special issue of Teen Vogue, guest-edited by @HillaryClinton — the first-ever female Presidential candidate nominated by a major party, a woman who sits at the center of a historic paradigm shift. pic.twitter.com/uC1f5asL4w

"Have you ever noticed that whenever a teenage girl takes a stand on an important issue, people seem surprised?" Clinton wrote in a letter from the editor.

"That’s why, when the brilliant Elaine Welteroth invited me to edit this issue, I jumped at the chance. Teen Vogue takes teen girls seriously and understands that style and substance aren’t mutually exclusive. I love seeing articles about the search for the perfect makeup remover next to essays about running for office (I have strong opinions on both topics, but we’ll get to that later). Teen girls are a powerful force for good in the world, and it’s refreshing to see that reflected in these pages."

Along with Clinton's letter from the editor, the issue features a letter from Clinton to her teenage self. Welteroth, Teen Vogue's usual editor, said that the issue would explore Clinton's "impact, her style, and her grace under fire."

"Believe in yourself. You’re going to do great." –@HillaryClintonhttps://t.co/IqSTO6cXqX

"Some will say it’s too partisan, too political, too retrospective, too 'echo-chamber-y,'" Welteroth wrote in her letter from the editor. "This issue isn’t for them. It was designed for the millions who acknowledge that until women, girls, people of color, members of the LGBTQ community, immigrants, and the economically disadvantaged are on an equal playing field, we must hold space for these critical conversations."

Condé Nast said last week that Teen Vogue would end its quarterly print edition but maintain its thriving digital presence. The 13-year-old magazine is going out with a bang.

More from Mashable:
Sorry trolls, 'Teen Vogue' isn't going anywhere
Trump's tweets since he was elected president: A complete breakdown
George H.W. Bush on Donald Trump: 'I don't like him.'