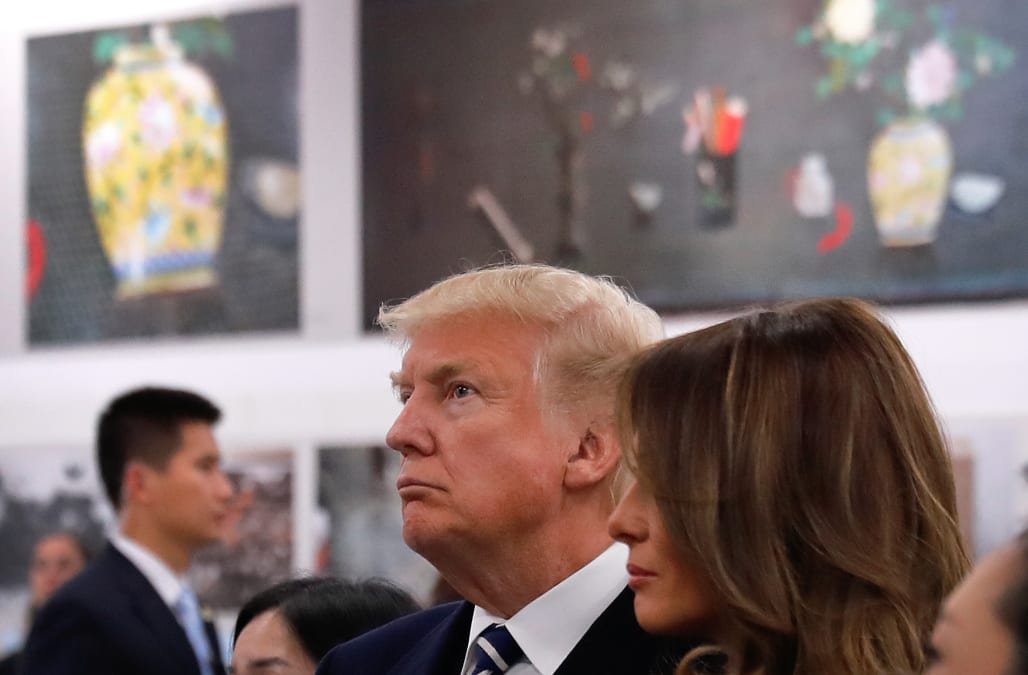 Ed Gillespie, who also once served as RNC chair and worked in the George W. Bush administration, lost to Democrat Ralph Northam in Virginia in Tuesday's election for governor.

The president, who had supported Gillespie during the campaign, seemed to turn on the candidate after the loss, suggesting he lost for his failure to embrace the Trump agenda.

"Ed Gillespie worked hard but did not embrace me or what I stand for. Don’t forget, Republicans won 4 out of 4 House seats, and with the economy doing record numbers, we will continue to win, even bigger than before!" Trump said in a tweet shortly after the race was called by major news outlets.

Ed Gillespie worked hard but did not embrace me or what I stand for. Don’t forget, Republicans won 4 out of 4 House seats, and with the economy doing record numbers, we will continue to win, even bigger than before!

But Steele, who has criticized the president before, snapped back.

"Did YOU win Virginia?" Steele asked.

Phil Murphy, the Democratic Party nominee for Governor of New Jersey, reacts to a cheer after voting in Middletown, New Jersey, U.S., November 7, 2017.

He will serve in the position Chris Christie will be leaving.

Andrea Jenkins won a seat on the Minneapolis City Council, becoming the first openly transgender person of color ever elected to public office in the U.S.

UNITED STATES - SEPTEMBER 10: Chris Hurst, whose girlfriend Alison Parker, a reporter for WDBJ-TV reporter, was killed on air last month, greets Gov. Terry McAuliffe, D-Va., during a rally on the East Front lawn of the Capitol to demand that Congress take action on gun control legislation, September 10, 2015. The event, titled #Whateverittakes Day of Action, was hosted by Everytown for Gun Safety and featured speeches by political leaders and families of gun violence victims. (Photo By Tom Williams/CQ Roll Call)
BLACKSBURG, VA - JULY : Chris Hurst, Democratic candidate for the VA House of Delegates, speaks with Sue Elliott, left, while canvassing a neighborhood in his district on Tuesday, July18, 2017 in Blacksburg, Va. (Jay Westcott/For The Washington Post via Getty Images)
Up Next

Did YOU win Virginia? https://t.co/ZH8STJ4pEj

The four-word response called the president out for having lost Virginia, which was one of the lone Southern states that supported Hillary Clinton in the 2016 election.

Virginia, which was a reliably Republican-leaning state for decades, has increasingly shifted blue in recent years, awarding its electoral votes to Democrats in the last handful of elections -- including twice for former President Barack Obama.

More from Aol.com:
Women vomit, march, then vie for office in record numbers under Trump
A year after Trump's surprise election victory, the cracks in his movement are starting to show
Obama sounds off on Democratic victories: 'This is what happens when the people vote'
U.S. Democratic leader vows fair nomination process in 2020 after uproar
Trump insists he's not 'angry' as the Mueller investigation escalates