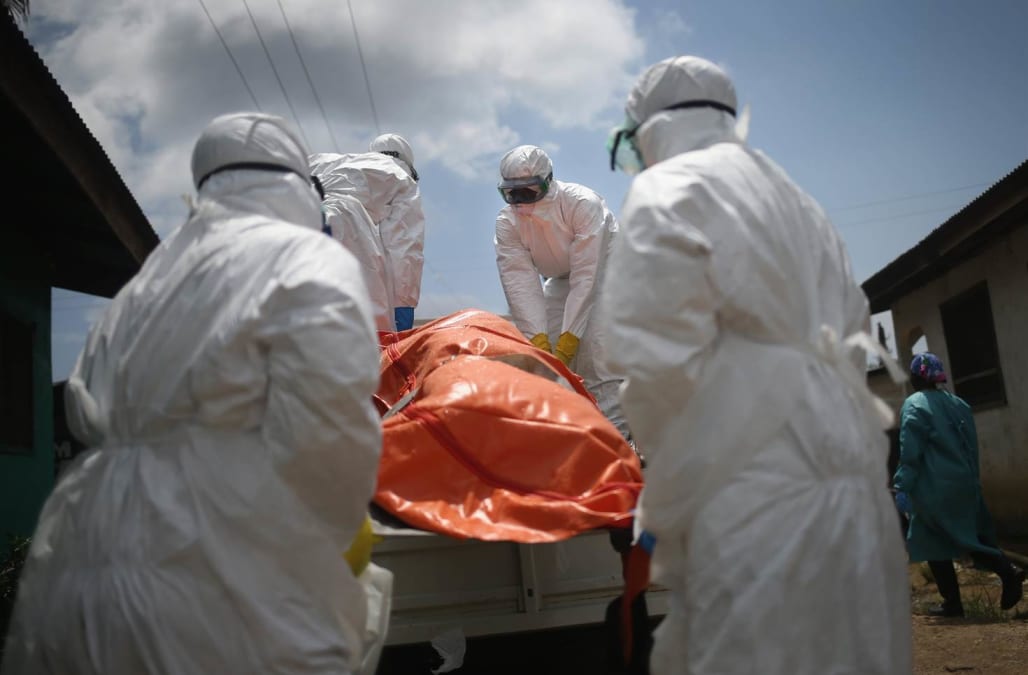 Fraud by Red Cross workers and others wasted at least $6 million meant to fight the deadly Ebola outbreak in West Africa, the organization confirmed on Saturday.

The revelations follow an internal investigation of how the organization handled more than $124 million during the 2014-2016 epidemic that killed more than 11,000 people in Sierra Leone, Liberia and Guinea.

The disease erupted in Guinea and quickly spread to Sierra Leone and Liberia. The international aid response was initially slow, and money — once it arrived — was often disbursed quickly in the rush to purchase supplies and get aid workers into the field.

As much as 2.13 million Swiss francs ($2.13 million) disappeared as the result of "likely collusion" between Red Cross staff and employees at a Sierra Leonean bank, the investigation found. It is believed that the money was lost when they improperly fixed the exchange rate at the height of the epidemic.

SEE ALSO:  This is the No. 1 worst cereal for your health

The International Federation of the Red Cross and Red Crescent Societies said it was "outraged" by what it had uncovered, and was strengthening its efforts to fight corruption, including introducing cash spending limits in "high-risk settings."

It also plans to send trained auditors along with emergency operations teams. Other measures will include additional staff training and "the establishment of a dedicated and independent internal investigation function."

"These cases must not in any way diminish the tremendous courage and dedication of thousands of volunteers and staff during the Ebola response. They played a critical and widely recognized role in containing and ending the outbreak, and preventing further spread of the Ebola virus internationally," said Dr. Jemilah Mahmood, the IFRC under secretary general for partnerships.

"We are pursuing every possible avenue to reclaim all funds that have been misappropriated, diverted, or otherwise illegally taken. This includes working with authorities in affected countries and elsewhere as appropriate."

21 year-old Geetha Bissno lives in Sathighar, a remote village 4 hours north of #Kathmandu. A Nepal #RedCross team was first to reach the village since the #earthquake struck and found that nearly all the houses had been destroyed. The scale of the devastation is still being uncovered and getting to some of t​he most severely affected areas is not easy. Nepal’s mountainous terrain and poor road infrastructure means using Sherpas to carry the materials on foot up narrow mountain paths.​ We have deployed 9 disaster specialists thus far, as the #Nepal Red Cross leads the relief effort with 800+ volunteers and 300 staff. To help, click the link in our bio. Photo c/o Palani Mohan/IFRC #NepalQuake

As temperatures in Syria plummet, many families are struggling to find shelter from the harsh winter weather. Violence has forced people to flee their homes and take refuge in cold, damp accommodation without heating or adequate clothing. See how we’re working with our colleagues in the Syrian Arab Red Crescent to provide support on redcross.org.

Earlier this week, Terry Keagle posted this photo on our Facebook wall. It's her grandson at one of our warming shelters in Tennessee, during a recent ice storm. Thanks to your donations, we're able to help families like his during a time of need. You can help those affected by disasters by clicking the link in our bio.

​​10 years ago today, the Indian Ocean #tsunami wreaked havoc in communities from Southeast Asia to East Africa. Yusnidar remembers, “An old man showed up and said, ‘The sea water will rise. Go run to the hill!’ We didn’t have time to take anything; even we did not have time to wear our sandals.” Yusnidar lost everything when the wave overwhelmed her home in #Aceh #Indonesia. Thanks to the generosity of donors, her family was able to recover and rebuild. Her daughter, Diana, has grown up in a home built by the #RedCross and connected to running water – something her mother never had before the tsunami. THANK YOU for helping places like Aceh build back stronger, healthier, and better prepared for future disasters that may come their way. Photo by @elijenelle #earthquake #CruzRoja #water #2004Tsunami

“When I was affected with Ebola, I needed love. I found love. When I was in the treatment unit, I had somebody that showed me love." Jerald Dennis survived #Ebola and now volunteers with the Liberian #RedCross. Cases are declining but Ebola isn’t over. One year on, the virus will not be gone in any country until it is gone from every country. As part of the #WordsAgainstEbola campaign, Jerald chose “love.” Share your word at wordsagainstebola.org. #CroixRouge #Liberia #Africa #volunteer #survivor #love

Kids wait to take food parcels for their families in southern #Syria. This week marks 4 years of fighting in the country. Nearly half the population has fled their homes in search of safety. As the needs of families caught in the conflict continue to increase, so does the response of the #RedCross #RedCrescent. Often putting their lives at risk, volunteers traverse Syria and bordering countries to deliver critical aid to families. Photo by Ibrahim Malla/IFRC #SARC #CruzRoja​

The 7.8 magnitude #NepalEarthquake was followed by at least 15 aftershocks, causing further damage to buildings and intensifying concern among families, many of whom are outside, afraid to return to their homes. #RedCross volunteers and staff are continuing search & rescue efforts, administering first aid, and providing blood to medical facilities. #Nepal photo c/o @international_federation

The findings of the internal investigation were first posted online Oct. 20 but were not widely publicized until Friday. The IFRC confirmed the findings Saturday and said it was working with Sierra Leone's Anti-Corruption Commission to "investigate and legally pursue any persons involved."

IFRC also revealed evidence of fraud in the two other hardest-hit countries during the Ebola crisis.

And in Guinea, an estimated 1.17 million Swiss francs ($1.17 million) disappeared because of fraudulent billing practices by a customs clearance service provider. Two other investigations there are pending, IFRC said.

In all cases, IFRC said it's prepared to waive all legal immunities and privileges to ensure any staff involved are held to account.

More from NBC News:
Here’s a Place Where the Confusion Over Obamacare Really Hurts
The GOP's Grotesque Tax Bill Is a Plan Almost Nobody Can Love
Soy Might Be Good For Your Heart but It’s Not Definite, FDA Says