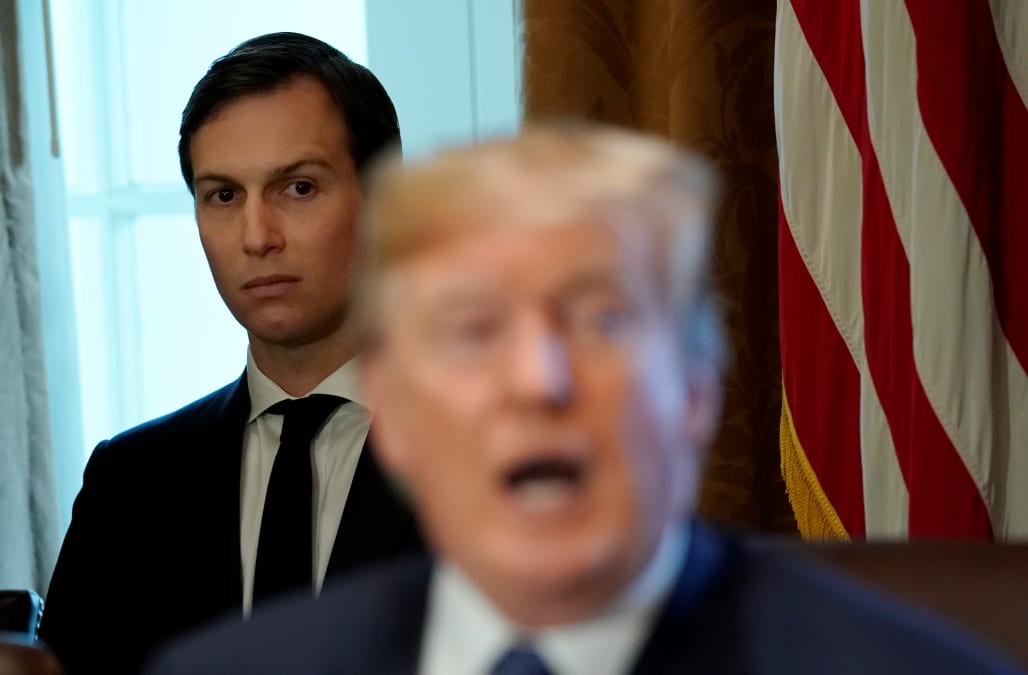 President Donald Trump is becoming frustrated with senior adviser Jared Kushner, who is also his son-in-law, according to a Wednesday report in Vanity Fair.

With the Russia investigation led by special counsel Robert Mueller delivering indictments this week, Trump has blamed Kushner for some of the decisions he advocated for earlier this year, such as firing Michael Flynn as White House national security adviser and James Comey as FBI director, the latter of which ultimately led to Mueller's hiring.

Vanity Fair's Gabriel Sherman reported that Trump, speaking to former White House chief strategist Steve Bannon on Tuesday, blamed Kushner "for his role in the decisions, specifically the firings of" Flynn and Comey, a source briefed on the call said.

Then in a conversation with longtime adviser Roger Stone, Trump agreed with Stone's assessment that Kushner was providing the president with bad political advice, someone familiar with the conversation told Vanity Fair.

"Jared is the worst political adviser in the White House in modern history," Sam Nunberg, a former Trump campaign operative, told Vanity Fair. "I'm only saying publicly what everyone says behind the scenes at Fox News, in conservative media, and the Senate and Congress."

Kushner's role in the administration and campaign has come under intense scrutiny since joining the White House earlier this year.

Kushner was present during a meeting between Donald Trump Jr., then-campaign chairman Paul Manafort — who was indicted Monday on 12 felony counts as a part of Mueller's probe — and a Russian lawyer at Trump Tower in June 2016. Emails showed that Trump Jr. was promised dirt on soon-to-be Democratic presidential nominee Hillary Clinton, though it was unclear if that material ever was provided during that meeting. Trump Jr. denied that it was.

Kushner also had to resubmit his security clearance form after failing to disclose foreign contacts on multiple occasions, and has come under fire recently for using a private email account to discuss some government business while in the White House.

SEE ALSO: Top Democrat says Mueller indictments should be a 'wake up call' to Trump