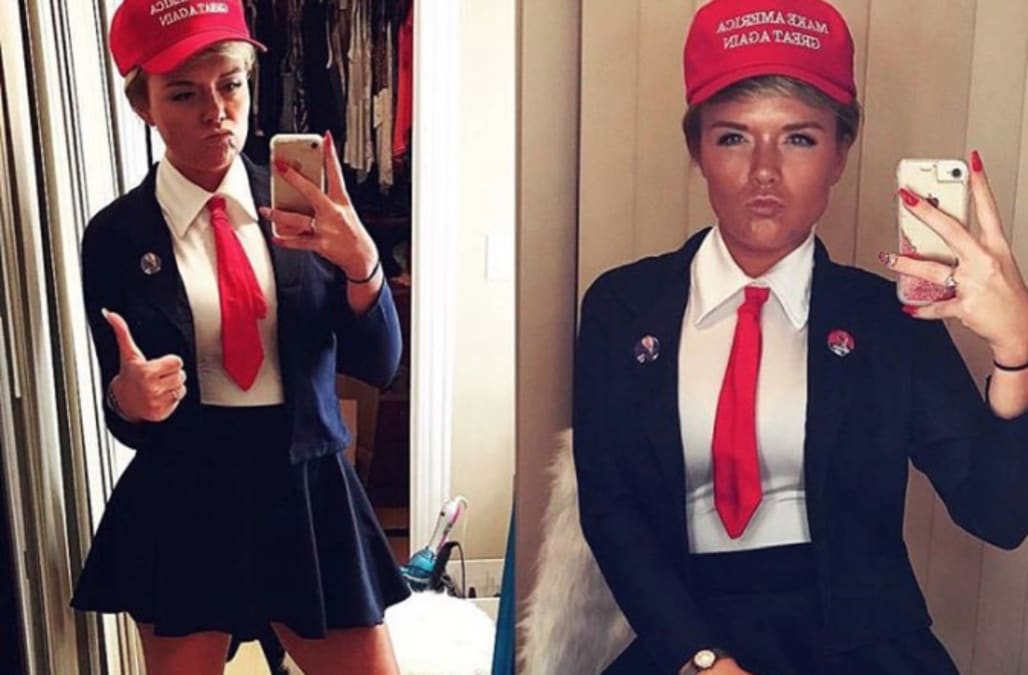 As Donald Trump's first year in office comes to a close, the societal frenzy that emerged during the 2016 election hasn't slowed down. As scandals continue to unfold at 1600 Pennsylvania Avenue and more officials are indicted, it seems that the current administration cannot step out of the spotlight.

Saturday Night Live has taken great inspiration from the current political climate and has turned it into comedy gold, earning themselves 22 Emmy nominations and 9 wins. Alec Baldwin isn't the only person getting a kick out of portraying Trump; it seems the public loves to dress up as the current president as well.

When it comes to dressing up as Donald Trump, people have many different interpretations, and we've searched the web to bring you some of the best Trump costumes this Halloween has to offer.

Check out the photos below for all the Trump mania this Halloween:

More from Aol.com:
People are upset about this ‘Getting Deported by Trump’ Halloween costume
President Trump's grandchildren show off their military and law enforcement Halloween costumes
Donald Trump has ruined Halloween for all of us by selling MAGA pumpkin hats