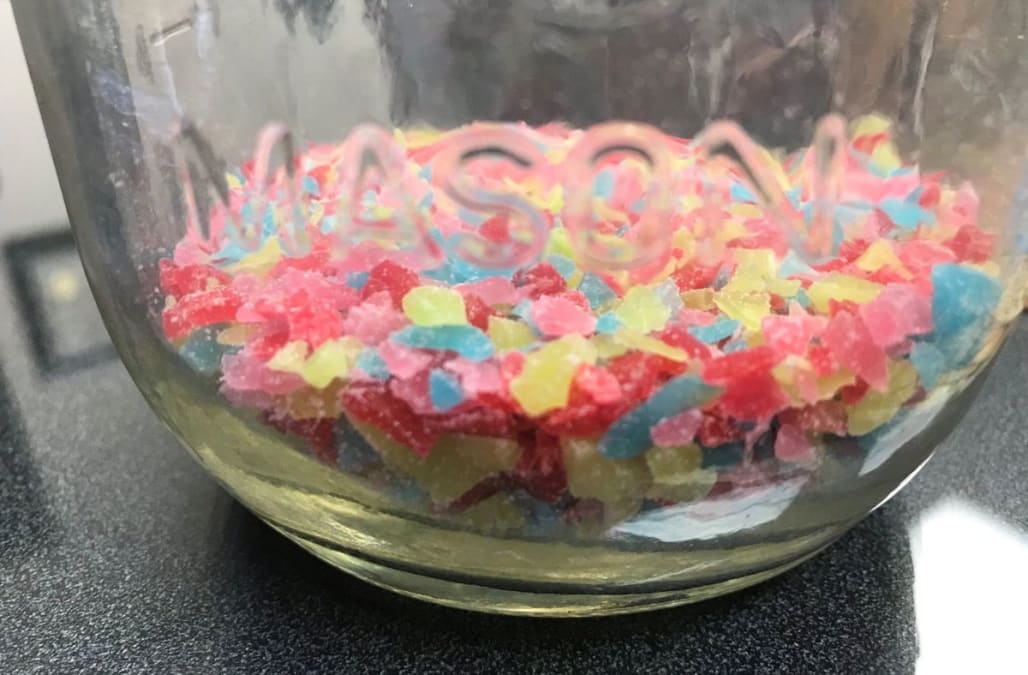 The Franklin County Sheriff's Office issued a serious warning for parents after deputies found jars filled with bath salts during an arrest, according to WESH.

Deputies in Franklin County, Florida, said that after trying to pull over a speeding vehicle on Wednesday morning, the car's driver led them on a high-speed chase.

After successfully stopping the vehicle, police discovered a glass mason jar under the driver's seat that was full of a multi-colored, crystal-like substance.

Officials said that it was so difficult to distinguish the synthetic drug from candy that the substance had to be taken to a lab for testing before it could be identified as bath salts.

See photos of the drugs:

Experts said that the drug could potentially prove fatal if consumed by a child.

"The youth are top priority at this time and we would like to encourage all parents to speak with their children about this drug," deputies said in a statement. "Please be extra precautionary by looking thoroughly through candy and making sure each is wrapped as well as sealed properly."

Authorities recommend parents do not allow their children to accept any Halloween treats that are not completely sealed or a well-known type of candy.

More from Aol.com:
Parents make a disturbing find in their child’s Halloween bag and are now warning others
Family finds piece of glass inside candy from Halloween parade
President Trump's grandchildren show off their military and law enforcement Halloween costumes